News > Application networks and why integration has gone strategic

Application networks and why integration has gone strategic 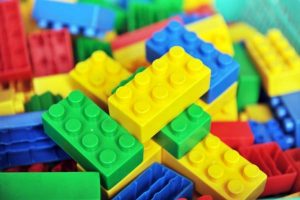 The right information to the right people at the right time. It’s not hard to appreciate the power which comes with information accessibility and availability; it can even mean the difference between life and death. That’s something organisations of every kind have long understood: digitisation, automation, efficiency and performance are the outcomes when information is made available through better connections.

But where those connections were once ad-hoc measures, they are increasingly being approached with a strategic mindset, particularly as numbers of organisations embark upon digital transformation initiatives.

That’s according to Jonathan Stern, regional VP at MuleSoft.

“We are seeing a trend where integration is moving from a tactical response to becoming a strategic initiative where an agility layer is being introduced,” he noted.

An ‘agility layer’, he explained, depends on establishing the means for integrations to happen more easily, more frequently and with reusable application components which, when presented effectively, allows businesspeople to innovate independent of technologists to create the services they require. It’s akin to giving them a box of Lego to make their own solutions.

He agreed that the notion of digital transformation is delivering a second great boost for integrators – the first being business process automation.

What’s driving the move to establishing an agility layer (MuleSoft calls it an application network), said Stern, is an emerging reality that traditional approaches to IT are a hindrance to business agility; in its Connectivity Benchmark Report 2016, the company found that just 18 percent of respondents are ‘very confident’ that they will meet this year’s digital transformation goals. That’s because IT is standing in the way to the extent that it is imperiling revenue.

“Traditional IT is struggling. While its ability to deliver is going up slightly, the expectations of businesspeople is undergoing a far steeper increase,” said Stern.

In other words, businesspeople are making demands that the IT department is finding hard to fulfil. Much of this could potentially be sheeted home to the traditional way in which IT has responded to changing requirements, a theme discussed recently by ServiceNow’s Peter Doherty.

Stern mused about how it is that for some organisations, IT has become the handbrake, where it was once the accelerator. “It could be that businesspeople are today far more aware of what technology is capable of from their use of it in their personal lives. Organisations are also becoming more digital and there is a blurring of jobs, with CIOs often not being technical people but rather drawn from a business background.”