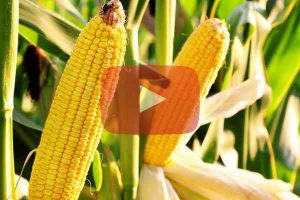 When agricultural powerhouse Genetic Technologies needed an upgrade to an ageing enterprise resource planning solution, it looked to Intergen for answers. The subsequent introduction of Microsoft Dynamics 365 for Finance and Operations not only delivered a modern, more integrated solution, it also marked the first New Zealand-led and deployed solution. At the same time, the company has rationalised a Salesforce.com deployment across two territories, introduced a financial planning solution and the Microsoft Power BI analytics suite. Today, the complete system is delivering advantages which include increased efficiency, dramatically improved inventory control and improved budgeting, forecasting and planning capabilities.

Genetic Technologies (GenTec) is a family-owned New Zealand business founded in 1986 by Philip Yates. The company is the sole distributor for the DuPont Pioneer range of agricultural seeds locally and in Australia. The company employs some 90 people across New Zealand and has, since 2010, run the Microsoft Dynamics AX ERP solution.

Situation
Genetic Technologies’ CFO Jason Morris says there were several drivers which led the business to seek an upgrade to its existing ERP system. “The first was, quite simply, that the Dynamics AX 2009 platform was showing its age. The second was that we’d acquired our sister company in Australia, where Pioneer had been operating a fully-owned subsidiary, and we wanted to bring that into a single, integrated solution. And finally, we; migrated to Salesforce CRM a few years ago and wanted to integrate that fully with an updated ERP.”

Morris says the Australian acquisition was running a similar setup to the Kiwi operations, also on Dynamics AX 2009 platform. That company, too, had a Salesforce system, but the configuration was quite different, with that entity using it as a marketing database where the local setup relied upon it for the CRM features. “With the two businesses coming together, we recognised the advantages in one common IT setup across all systems, servers, financials, CRM and so on.”

“They feel we have invested, listened to them, taken away pain points and made things efficient.”

There was a deadline of sorts, too – GenTec had agreements in place with Pioneer following the acquisition of the Australian subsidiary which allowed it to use the business systems for 18 months. This provided a useful window during which Intergen could implement the new Dynamics 365 solution with minimal disruption to daily operations.

Outside of the necessity for integrating the two separate entities, Morris says there were other issues which an upgraded system would address. “Pre-2010 we had a lot of database islands. We had a purpose-built CRM system, an old finance and accounting package, and a whole lot of spreadsheets which made for lots of little islands with remote kinds of information. When we put in AX 2009, we ran with its internal CRM, bringing those islands together. But when we migrated to Salesforce CRM, the islands started coming back.”

That’s an issue which is directly addressed by the introduction of the Dynamics 365 system: it is fully integrated with the Salesforce CRM package, providing the ‘single version of the truth’ so desirable to any organisation.

And finally, Morris says inventory management wasn’t as good as it could be with the existing ERP system. “In our production facilities in Gisborne and in Naramine, Australia where seed is produced, treated and bagged, visibility on inventory is crucial. AX 2009 wasn’t quite hitting the mark. We wanted to adopt process change; putting in a new system would mean we could refresh production hardware and our integrations with that.”

Doing so would provide the visibility GenTec desired.

Solution
Identifying the right solution for its business depended on first examining the available options in the market. Since it was already a ‘Microsoft shop’, it made sense to remain within the stack, Morris notes. “We did a very high-level review of the market which did include a quick look outside [the Microsoft ecosystem] to check the lie of the land. Our external consultants pretty much confirmed the view of sticking with Microsoft, with a recommendation that the Dynamics 365 solution would meet requirements from both a functionality and cost point of view. That made it a no brainer, particularly as we were familiar with the older version.”

Morris explains the rigour which goes into the selection and execution of enterprise software systems; from starting the journey February 2017 to going live took a full year, with the project being completed in the same month in 2018. “We had to bring together two businesses that were similar in that both sell seed through a merchant network. But one was in New Zealand, the other in Australia and each had several different processes. In hindsight, we might have done more in the first six months; the process was intense, more so in the last six months with business as usual activities.”

Given the demands of running the business while also conducting a major systems deployment, Morris adds that GenTec beefed up the project team with a specialist third party project manager. “Ourselves, the project manager and Intergen worked well together; there was a further complicating factor of our Salesforce integration, handled by our partner from Salesforce, which added to the mix. And, additionally, we upgraded some aspects of our hardware at the same time, so, we had multiple parties executing various tasks – but they weren’t afraid to all get around the phone to get the solution in place.”

Results
Before getting into the benefits of the new Dynamics 365 system, one of the first measures for success of any enterprise software project is the time taken and the money spent on the deployment. In this regard, Morris is unequivocal about the success of the exercise: “It all worked out really well; Intergen delivered a very good project. They had the knowledge, regular connects and the net result is we delivered on time and within budget,” he relates.

The true scope of the project is clear when Morris points out that it was more than just Dynamics 365. “There was the Salesforce rationalisation from two organisations down to one, but at the same time, we launched a Microsoft Power BI suite and introduced Capion financial planning software for budgeting, replacing a whole lot of spreadsheets and a very, very cumbersome process. This was just an add-on to Dynamics 365 which has the benefit of also handling some of our financial reporting.”

It is, says Morris, early days yet, but GenTec is already seeing the benefits of an integrated, companywide system which spans operations on both sides of the Tasman. “We are starting to see our first revenue figures coming through and the integrations are starting to work. The interface between our production hardware has saved two labour resources – those on the factory floor are not ones to shout from the rooftops, but they are enjoying the new systems. They feel we have invested, listened to them, taken away pain points and made things efficient.”

From a ‘macro’ view, Morris says GenTec is now confident in the system supporting the company’s ability to meet growth targets with streamlined and efficient technology platforms. “This allows us to achieve our growth targets as we seek to grow the market, using our market intelligence through CRM and produce/dispatch records, while seamlessly invoicing the products within the ERP system,” he notes.

And, adds Morris, there are no longer any data islands. “We will just get better at using the information and either data source [CRM or ERP]. That’s the key to getting the most out of this system.”

The future is bright for GenTec and its integrated business systems. “I’m really keen to develop a roadmap to ensure we continue to use the solution to its fullest going forward. It’s a bit like Excel [if you don’t put effort into it]. You only really touch 10-20 percent of the functionality of Excel each day, so I want to make sure we are aware of the functionality Microsoft is bringing down the pipe. We evaluate it, and if it’s got merits, we roll with it,” he concludes.