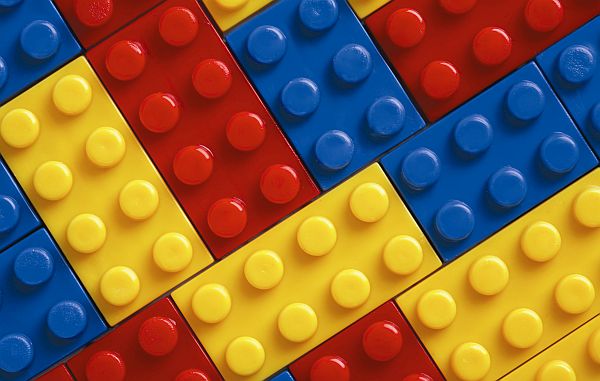 As a concept the ‘Composable Enterprise’ addresses a problem as old as the technology industry itself: the misalignment between what the business requires and the goods delivered by the guys in the basement. As technology has matured and developed into a vast array of specialisations, each of which can be delivered as a service, the ability for organisations to pick and choose the bits they need, and assemble them into a cohesive whole, has become a reality.

In the ‘Composable Enterprise’, instead of reinventing the wheel for every business service you need, you can just reach out and grab it by the API.

The term (if not the concept – we’ll see why in a moment) was ushered in and trademarked by Jonathan Murray, a previous CTO of Warner Music and present principal of Adamalthus Consulting. 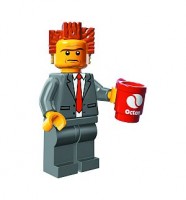 Noting a shift to a digital services economy, Murray identified the problem which gives rise to the necessity for a new way of doing business: “The dynamics of a hyper-competitive global market mean that static and long-lived models of company structure, operations and information technology services are no longer fit for purpose. We need a new operating model for the enterprise.” Murray wrote to introduce the idea in April 2013.

Crucially, he pointed out that achieving sustainable competitive advantage depends on a high degree of operational adaptability; this is something executives have been aware of for some considerable time (and which they generally just haven’t received from the IT department).

“Business functions, processes, organisations, supplier relationships and technology need to be seen as building blocks that can be re-configured as needed to address changing competitive landscapes,” Murray continued.

He introduced the concept of a ‘Component Operating Model’ (COM), which he describes as “a ‘Lego Brick’ approach to designing and implementing processes” and an attendant “‘Component Architecture Model’ (CAM) approach for IT infrastructure, applications and services, so IT can deliver what business needs. The time between identifying a business need and delivering the required IT solution needs to become hours and days rather than months and years”.

The real crux of what Murray went on to describe (and trademark) as the ‘Composable Enterprise’ is that “for the first time, business and technology operating models can be seamlessly aligned to enable fast, flexible response to rapidly changing competitive landscapes.”

Research firm Gartner earmarked software defined applications and infrastructure (which are essentially Murray’s ‘Lego blocks’ and the fundamental components of the Composable Enterprise) as one of the top ten strategic technology trends for 2015. 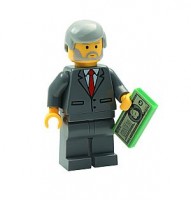 The research and intelligence company restates an increasingly recognisable orthodoxy: “To deal with the rapidly changing demands of digital business and scale systems up – or down – rapidly, computing has to move away from static to dynamic models. Rules, models and code that can dynamically assemble and configure all of the elements needed from the network through the application are needed.”

Gartner believes a sweeping approach is required, which spans everything from the metal and silicon in data centres, through to the application layer. And the key to being able to put it all together is the API. “Cloud services are softwareconfigurable through API calls, and applications, too, increasingly have rich APIs to access their function and content programmatically.”

Commenting on the API economy in his blog, Vision Solutions CIO Cameron Smith points out that it means assembling an architecture “from a mix of components built in-house, software-as- a-service, and subscribing to APIs and services developed by others or vice versa. This recognises that other companies who focus on one item can do that item best, so why should you spend money and increase complexity (corollary: reduce flexibility) by doing that yourself?” This is one of the fundamental benefits of the Composable Enterprise: the ease with which applications can be assembled from readily available services, without having to redo anything.

Not just for start-ups
In a recent blog, Saul Caganoff, chief technology officer of Sixtree, pointed out that fifty-five percent of businesses are under threat from digital disruption, according to an MIT CISR Research Report. “The challenge [is to] turn an established enterprise into an agile, technology-fuelled innovation factory,” he wrote.

In other words, the Composable Enterprise isn’t something that only happens to or is done by tech behemoths. While they and other start-ups don’t suffer under the yoke of ‘olde world’ fixed IT, the gauntlet is laid down for those that do. But perhaps even more limiting for established businesses is the reality that their business models may be under fundamental threat: newspapers, directories like the Yellow Pages, retailers, travel agents and more, face a rapidly changing world. While examining where and how they add value (and if that changes in the increasingly digital world), these companies also need to become more agile and efficient.

Back to the API
That’s made clear by Uri Sarid, CTO of integration platform specialist MuleSoft, who in a recent interview with iStart said enterprises should use APIs to build out and connect relevant data both within the enterprise and with partners. He said businesses can potentially extend the life of core solutions by 20 years just by implementing an integration layer. When the time comes to replace legacy solutions, the API layer can be seamlessly transferred to the new system.

Sarid cited Dick Smith and News Corp as prime examples of companies using APIs to leverage decades of data and respond quickly in a dynamic market.

Today there are more than 1400 public APIs, Sarid said, giving rise to an ‘API economy’ but only those businesses with the “most discoverable, consumable and elegant” APIs will be winners. That’s why the likes of Stripe in the US and Xero or Vend back home have been so successful in creating their add-on ecosystems – because their APIs are well-defined and meet the requirements of a growing tier of partners and suppliers which can extend the functionality of core software.

General manager of EDI and integration specialist Flow David Masters agreed. “If an application or database has no usable interface or API, then it’s a struggle to be able to work with it.” Masters said many application vendors include an API, or at least an import/export mechanism, with their software. “If a business wants to integrate between multiple applications or automate data exchanges with its customers, suppliers, or service partners then the functionality of the interfaces can make a big difference.”

“There is a strong natural selection pressure,” Sarid explains, adding that the faster and easier your API is to develop on, or interface with, the more likely developers will choose to use it. “Developers are lazy, in a good way, they will go with whatever is easiest to use.”

“The challenge (is to) turn an established enterprise into an agile, technology-fuelled innovation factory.”
Saul Caganoff, chief technology officer, Sixtree

With their innovative and often entirely unprecedented business models, these organisations have had to break new ground not only in terms of their technology usage, but also against rules and regulations designed for older – perhaps obsolete – ways of conducting commerce. By pulling together the services they need to run, without (necessarily) having to own and operate infrastructure themselves, they enjoy a level of agility never seen before; they also provide APIs which enable other companies to access and use services they themselves provide, effectively coming full circle.

There’s a broader implication, too. Thanks to the dramatically reduced requirement for capital overhead, which is an explicit feature of the Composable model as those needing services simply ‘reach out and fetch’ them, innovators are freed up to do their thing. Some of those innovators will become Ubers, most are probably destined for smaller things, but all have the opportunity to pull their dreams together and give it a go.

Does marketing automation deliver on promises?

As the lines between marketing, sales and service blur ‘smarketing’ is the way forward. Anthony Doesburg investigates this blend of sales and marketing and asks if the tools are delivering on their promise, or are they just more marketing puffery?…