Does social media suck for B2B? 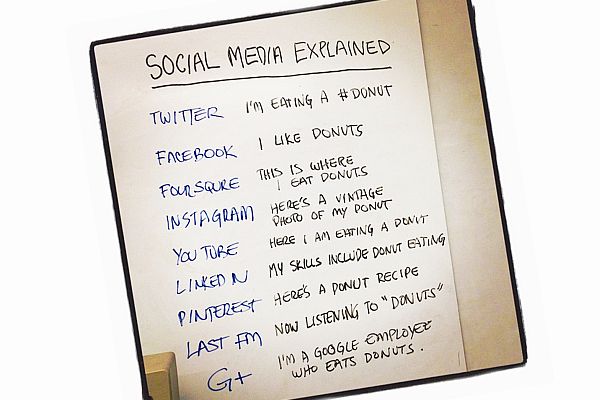 In the last few years every business has jumped on the social media bandwagon. It has fragmented marketing budgets and sucked up time and money, but to what end?…

Social media could be defined as “a way of connecting a billion people socially so we can look at pictures of cats and argue with people who we don’t know”. It has also been said to be “a powerful marketing and networking tool to ignore at your peril”. The earliest social media network was the long-forgotten Six Degrees. Since then, the likes of Facebook, LinkedIn, Twitter, YouTube and increasingly Pinterest, have revolutionised the way we socialise and do business by creating interactive platforms through which individuals and communities can share, cocreate, discuss, and modify user generated content. They are more immediate than traditional media, have a wider reach and can be updated more frequently, but they can also suffer in content quality, journalistic balance and integrity.

Who needs social media?
So, does every business need social media? There is no end of blogs and websites dedicated to social media and how it is such a great marketing tool.

But don’t forget most are run by people who make a living advising business on social media. Blogger Ramsay (no last name), formerly known as the Blog Tyrant, says, “Let’s start by saying that everyone should have a Facebook Page and a website with a blog regardless of what you do. That is the basis for all social media activity. Once you become somewhat experienced at blogging and using Facebook you can decide what other social media platforms you want to use.”

According to the Yellow Pages Social Media Report, June 2012, 83% of Australian small business are using Facebook, 27% Twitter, 20% are on LinkedIn and approximately 12% are using Google Plus or YouTube. Overall, on average businesses are spending over $3000 a year on their social media presence.

A recent survey by Telstra showed that only 24 percent of small and medium businesses had embraced social media and felt it was delivering any significant benefit. What is more, 12 percent actually considered social media a hindrance.

How should we use social media?
Will Irving, group managing director of Telstra Business which ran the Telstra survey, says that with 62 percent of adults worldwide now using social media, SMBs ignoring this powerful tool were missing out on a significant business opportunity.

“In a digital age where smartphones and tablets are used on a daily basis, we know customers expect a company to have a social media presence. Successful Australian businesses are having a two-way conversation with customers online, allowing them to connect and engage on a personal level, either by providing realtime customer service or highlighting relevant new products.”

The Bibby Barometer, which is conducted bi-annually and surveys more than 200 small, non-retail businesses has shown that 78 percent of small businesses in Australia are planning to spend more time on social media in the coming 12 months. Of those businesses surveyed, as many as 65 percent report that social media has helped their business grow over the past 12 months. Almost half are using social media to raise brand awareness and source new customers, whilst 40 percent are using it to generate new sales and 44 percent to provide networking opportunities, effectively contributing to business growth.

And it is not just small and medium businesses that are using social media – everyone from Coca-Cola to Deloitte to the Commonwealth Bank are ‘on social media’.

So what does this mean?
Social can be a scary beast because, as Adam Helweh from the Social Media Explorer says, social media shifts the limelight from brands to the customers. It forces companies to be more human and has changed the direction of marketing and sales from outbound to inbound.

Helweh concludes his self-confessed facetiously entitled blog post ‘Social media sucks for businesses and here’s why’ with the following:

“There are still plenty of business owners and C-level folks who think of social media as a flash in the pan or all fun and games. The bottom line is that it’s a reality. Applying social media to business takes effort, time, commitment and empathy. To those that continue to dismiss social media before doing their due diligence, social media is going to continue to suck.”

How to get heard

Telstra offers the following tips for engaging your followers:

The trap of social media noise

It might look like winning because the numbers are going up but “it’s actually a double-edged form of losing”, he explains.

“First, you’re polluting a powerful space, turning signals into noise and bringing down the level of discourse for everyone. And second, you’re wasting your time when you could be building a tribe instead, could be earning permission, could be creating a channel where your voice is actually welcomed.

“Leadership (even idea leadership) scares many people, because it requires you to own your words, to do work that matters. The alternative is to be a junk dealer.

“The game theory pushes us into one of two directions: either be better at pump and dump than anyone else, get your numbers into the millions, outmass those that choose to use mass and always dance at the edge of spam (in which the number of those you offend or turn off forever keeps increasing), or “Relentlessly focus. Prune your message and your list and build a reputation that’s worth owning and an audience that cares.

“Only one of these strategies builds an asset of value.”

(And the tech to support them…)