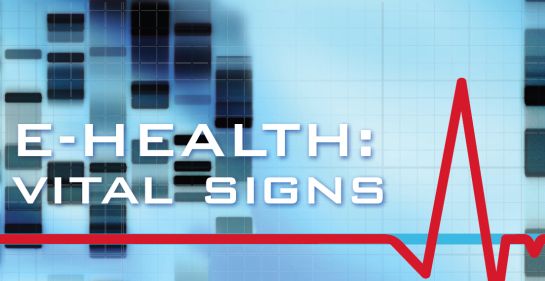 From referrals systems to electronic health records and devices that allow patients to monitor their symptoms, health sector technology is evolving…

Just 70 years ago, politicians claimed to know more about what was good for our health than we did ourselves. These days it seems Google is more likely to be consulted than the family doctor.

To Dr Sarah Dods, research leader of health services at CSIRO (the Commonwealth Scientific and Industrial Research Organisation) in Victoria, health is the last bastion of a pre-industrial world: people making local decisions and doing things their own way because they believe that’s best.

“There’s a centuries-old culture around the art-form of diagnosis and the intuition a doctor is required to have to do their job. The way they’ve been trained is a very different model from quality assurance and industrialised principles.”

One means of evolving from that arguably outdated culture is through better technology use. Another is by getting patients more involved in their healthcare decisions. The terms eHealth and tele-health are often used inter-changeably, but each presents an opportunity to address what Dods refers to as the sector’s “strong, cultural challenges”.

Correctly used, eHealth is the use of information and communication technology in delivering services, including the operational use of database tools and personally controlled electronic health records (PCEHRs) of the kind being introduced by Australia’s National eHealth Transition Authority (NEHTA). Tele-health is the delivery of health services and related processes from a distance; everything from patient-care in the home and providing an emergency capability to monitoring chronic diseases and consulting patients via video conference.

Seeing a plan come together
NEHTA’s introduction of electronic health records to capture and maintain Australian patients’ medical records will be harnessed by brand new healthcare facilities, offering a glimpse of what the future of the sector might hold.

Western Australia’s Fiona Stanley ‘digital hospital’ project will be based on an information technology platform that the Government of Western Australia Department of Health predicts “will enable unparalleled levels of accessible, integrated and evidence-based patient-centric care”.

The Department says the technology will improve safety and quality of care for patients, improve coordination and delivery of healthcare services and improve privacy and security of their information.

In New Zealand, too, state-of-the-art facilities will be among the beneficiaries of an eHealth vision of the future.

Waitemata District Health Board is building a $39 million Elective Surgery Centre on its North Shore Hospital site. It says the centre will be one of the most medically advanced in New Zealand and will be dedicated solely to providing elective (non-urgent) procedures, such as joint replacements. “It will significantly reduce patient waiting times for elective surgery, ensure a more efficient service for patients, and increase the number of procedures performed each year by 1500,” says Waitemata DHB. The Centre is due to be completed by mid-2013.

You’d expect it to be based on a mature strategy, especially since it’s already well underway. But although there have been two high-quality reports on health sector reform so far this century – 2001’s Working to Add Value through E-information (WAVE) report and the 2005 Health Information Strategy – neither was fully realised.

Writing strategy is one thing, executing it entirely another.

Osborne says the National Health IT plan is an action plan with enough strategy in it to make it useful. “We’d already seen the other two strategies had some wonderful people developing them and the right ideas but they weren’t able to turn them into something people delivered against.”

Although New Zealand was an early adopter of systems for GPs, Osborne acknowledges it’s been slow in areas that haven’t directly benefited clinicians – clear business cases and clinician demand are needed for technology investment to low. “The major investments that need to be made in core IT solutions have not been prioritised as highly as they should have.”

People, data and supply chain
Healthcare vendor Oracle’s vice president of healthcare and life sciences, responsible for Japan and Asia-Pacific, is Mehdi Khaled. He warns of the dangers of trying to compare and contrast the needs of the Australian and New Zealand health sectors. “New Zealand is a small country with a very limited budget. Politics in Australia also play a much bigger role than in New Zealand and the scale of implementation is different.”

He says New Zealand and Australia diverge on their approaches because their health priorities differ.

“Australia, being a very large country, has rural health challenges and remote populations. For New Zealand it’s a problem of capacity, of harmonising the delivery of care across the DHBs.”

The ‘eHealth vision’ enshrined in New Zealand’s National Health IT plan is that “each patient will have a virtual health record, with information stored electronically and accessible regardless of location by linking to existing systems run by healthcare organisations”. And yet Osborne has been dismissive of electronic health records; most notably in Australian magazine PulseIT (‘New Zealand’s eHealth Agenda’, Kate McDonald) in which he describes PCEHRs of the kind being introduced by NEHTA in Australia as “pretty boring”.

PCEHR proponents say they bring important health information from different systems together and present it in a single view, much as described in Osborne’s plan, so how does he reconcile that with his published comments? “Electronic health records, as well as being complex, don’t give you any sense of what your clinician’s trying to do with you. They’re quite static. That’s why I say they’re boring. You need an action plan, everyone to be on the same wavelength. You need more of a Facebook-type concept where people are able to network and work out how they’re going to work together to get you recovered.”

Others in the industry see more scope for savings and gains from better use of systems already in place. For Tranzsoft Group’s CEO, Rod Hall, the biggest need in the health sector relates to supply chain integration. “On the one side you’ve got the supply chain – getting stock and requirements to the patient for treatment – and the patient management side.

Both have had difficulties addressing integration. If you don’t have good data to begin with, how do you populate patient management records, clinical records and implant registers? If it’s done manually, that’s a risk.”

While technologies such as RFID (radio frequency identification) tags are being deployed in the New Zealand supply chain, Hall says it’s been a slow process. “In theatre, medical devices and implants, most of the leading orthopaedic suppliers in New Zealand use Magellan, the RFID tunnels we’re agents for. All of the big orthopaedic suppliers in Australia use RFID in their warehouses and they’re then adopted in New Zealand.”

However, whereas in Australia hospital stock passes through warehouse RFID tunnels, is checked off and that’s replicated in hospitals, reaching a decision to roll out that dual functionality in New Zealand has been beset by delays.

“Each installation would be less than $80,000,” says Hall. “When you think of the high cost for a lot of items around health, that’s minor. NEHTA has released reports, not only about ROI but also the accuracy and risk mitigation they’ve discovered using RFID tunnels. If an initiative is proven to be good, shouldn’t hospitals adopt it as a small, discrete project?”

Transforming the patient experience
As founder and CEO of Orion Health, vendor of Concerto, the clinical workstation product chosen by the National Health IT Board (and also the clinical data repository used by some DHBs), Ian McRae can afford to sound upbeat. He says the sector is about to enter a phase of fundamental change, driven in part by patient empowerment. “A lot of people have iPhones or Androids and want to see their lab results. Ultimately, there are going to be devices whereby you can continually monitor the chronically ill and thereby improve their healthcare, make people live longer and keep people out of hospitals. That’s going to be the trend over the next 10 years, in my opinion.” He says the incremental approach to technology improvement taken in the sector over the past 20 years will no longer deliver the required returns. “It’s wrong to think we’re going to take the current health systems and tweak and add to them. We’re about to go through a period of internet-style rapid change based around new technology and patients demanding access to information.”

The DHBs in the four regions (Northern, Midland, Central and Southern) are “turning off” their local versions of clinical workstation – the system that displays patient information and provides decision support – and moving to a single, regional instance of Orion Health’s Concerto. As a result they’re faced with varying degrees of complexity, depending on how far their local versions of the clinical workstation are integrated into their local systems. “It’s about getting the right champions who’ll see the value of the regional instance, rather than their local instance,” says Osborne. “The South Island is our ‘poster child’, they’ve taken South Canterbury and West Coast onto the Canterbury version. They have a great relationship with Orion in the way they do support and keep updated with the latest versions of software.”

Thanks to the internet, patients today have more medical information at their disposal than GPs had 50 years ago: the “I Googled it” factor. But change for patients isn’t exclusively technology driven; some of it stems from them becoming less trusting of the medical profession, according to Orion’s McRae. “We’ve spent a couple of decades squeezing efficiencies out of the health system, making doctors and nurses work harder, taking all sorts of costs out of the hospitals – and there are still some gains to be had – but you’re into diminishing returns and you’ve got to do some things that haven’t been done before.”

That may include exploiting scientific discoveries that demand a higher degree of trust in the medical profession by patients than is presently there.

Oracle’s Translational Research Center has created a platform to support what it calls ‘the biomarker lifecycle’, from discovery to clinical use, based on a databank designed to enable scientists and clinicians to identify and explore patient sub-populations.

It’s working with pharmaceuticals companies to store that information and compare benchmarks for genetic profiles against specific diseases, says Khaled. “Instead of making every patient in cancer therapy become a new clinical trial – which was the case up to  ive years ago – we can say, ‘What’s the likelihood that this patient with this genetic profile and this cancer will respond to this treatment?’ And you have more evidence to do so. We’re moving the boundaries of personalised care.”

The idea of using your genetic profile to improve your health may evoke Aldous Huxley’s Brave New World, but it’s no closer to sci-fi than a story on The Economist website, ‘The dream of the medical tricorder’. These hand-held diagnostic devices are similar to the scanner-like gizmos used to deliver healthcare on the USS Enterprise on TV’s Star Trek.

There are some thought-provoking reader comments from doctors, including one about software company Visensia, which has developed a calculator that can predict cardiac arrest 15 hours ahead of the event. By combining patients’ vital sign data it produces a real-time risk measure to warn patients and specialists.

The idea that patients will more actively be able to prevent health events is enticing; although, as another reader comments on The Economist article, it’s one thing collecting data and another knowing what to do with it.