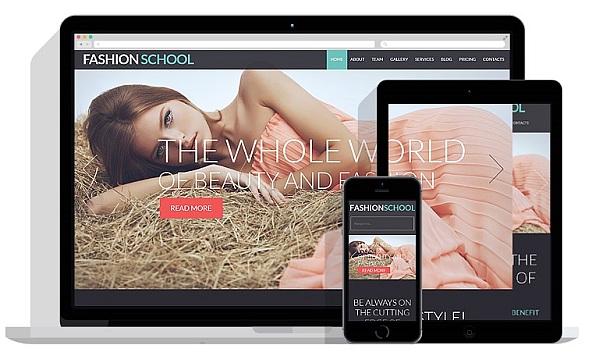 Enterprise software has finally got the message that user-friendly also means productivity-friendly, and a bit sexy. We asked Anthony Doesburg to look at how to create simple-to-use software and websites…

Talk IT system usability and, without prompting, one name keeps coming up — Apple. Thirty years ago it began setting the desktop user interface standard with the Macintosh. But when it began selling the iPhone in 2007, the software development world really sat up and took notice.

“Apple’s single advantage is it has always managed to prioritise and focus on what the top task of its devices is, rather than loading them with multitudinous features,” says Dublin-based system usability specialist Gerry McGovern.

Apple raised the usability bar another notch in September with the iPhone 6 and iPhone 6 Plus. The new phones have near-field communications, or NFC capability, adding to the multi-touch control, voice activation and fingerprint recognition of their predecessors. Although hardly a new technology – everyone from Acer to ZTE makes phones with the feature – what Apple promises is to make an NFC-based payment system mainstream. And its record at seeding the app market suggests it will pull it off.

Just to get it started, it has the credit card details of 800 million iTunes customers ready and waiting, and a slick name, Apple Pay. But Apple’s trump card is its fixation with making software as easy to use as possible.

“It has been very selective in how it designs things, which takes a lot of talent, a lot of management, a lot of effort to focus on what is critical,” says McGovern.

He gives Google points for applying the same discipline in the design of its search engine and other online services. And it’s no coincidence, he believes, that both Google and Apple are flourishing.

What works with user interfaces, apps and the web is just as relevant to the world of business applications. But in what McGovern condemns as almost a management conspiracy, ease of use seldom seems to enter into the design of enterprise software.

Instead, using business systems is like “undergoing some form of medieval torture”.

“The vast majority of companies just don’t get it. Even though we have a new model of management that is evidence-based, seeking continuous improvement and focused on functionality, most organisations seem incapable of adapting to it.”

Management professes to be driven by the desire to lift worker productivity, but legacy IT systems have the opposite result, McGovern says. His web design business, Customer Carewords, often works on company intranets and he says it’s common for staff to avoid them because they border on being unusable.

“They are monstrosities that consume huge amounts of productive time and management has got away with it by saying they are mission-critical, which is why they’re impossible to use.

“Managers don’t care if it takes staff 10 minutes or 15 minutes to book a meeting room — they have a view of white-collar employees that their time is elastic and they can always stay at the office longer to get the work done. I’ve spoken to managers in about 40 countries and it’s the same everywhere – a complete contempt for employees’ time.”

Enterprises begin to get it
Cynicism aside, the phenomenal explosion of app development started by Apple and copied by Google, Microsoft and others is, at last, beginning to influence business application designers.

For one thing, the sheer user-friendliness of apps on smartphones and tablets is contagious. If IT departments initially tried to stem the tide, the growing number of organisations with BYOD, or bring your own device, policies shows resistance is futile.

In a September report on the Australian software market, analyst firm IDC listed IT’s consumerisation and the BYOD trend as having a big influence on the way applications are developed and deployed within organisations.

But this is bigger than Australia. In perhaps the clearest sign that the business software world is getting usability’s importance, New York-based Infor, No. 3 in the worldwide ERP market behind Oracle and SAP, has set up a design shop to drive the company’s products “past functionality and into more meaningful experiences”.

Called Hook and Loop, it has a string of catchy slogans — “no fugly software”, “users first”, “device agnostic”. More meaningfully, however, it has brought out its first software, SoHo, aimed at giving a friendlier face to Infor’s suite of business applications.

Marc Scibelli, Infor’s creative chief and head of Hook and Loop, says SoHo’s uniform interface, based on a common set of controls and patterns, is intended to make it easier for a user in a distribution company, for instance, to switch from a financial package to an order-placing application.

If feedback from the company’s September Inforum user conference is anything to go by, customers – about 2000 of whom have adopted SoHo – like the direction Infor is heading in.

“No one is saying ‘God, I wish you’d go back to the old look and feel’,” says Scibelli, who comes from a design rather than software background.

There’s no mistaking that apps, and Apple – September’s iOS 8.0.1 stumble notwithstanding – are driving the usability trend, says Scibelli. The employees being recruited today by Infor’s customers aren’t prepared to endure the business system learning curve of the previous end-user generation.

“The iPhone’s been around for more than seven years now and the new generation of employees come from that world of apps where things just work. With enterprise software, we’re playing catch-up.”

Still, corralling Infor’s disparate products with SoHo’s single user interface isn’t the same as reducing their functionality to the simplicity of an app. But that’s what Hook and Loop is working on next in a project called Clearwork.

What the shop’s designers are up to now, says Scibelli, who at 38 is more than 10 years older than his average employee, is rethinking the business processes at the heart of Infor’s enterprise applications. “A lot of these processes – take order buying, for example – haven’t changed in 15 years. We’ve added lots of features to them, but nobody has asked what the best way is of doing them.”

Hook and Loop’s approach is to take those discrete processes and reduce them to app-sized chunks.

“We’re reinventing how someone accomplishes that one task.”

Age of agility
‘Appification’ of feature-rich systems such as Infor LN and Infor M3, which cater for tens of thousands of ERP processes, if users know how to tap all that functionality, would take forever were if not for another increasingly important trend; agile development.

Zach Nies, technology head at agility specialist Rally Software, in Boulder, Colorado, says the company helps big organisations (Telstra is a customer) take advantage of disruptive market influences such as the rise of apps rather than fall victim to them.

“We’ve being helping Telstra launch many agile programmes through its development organisations,” says Nies. Telstra’s Em Campbell-Pretty told Rally’s 2013 user conference in Boulder that after the telco transformed its enterprise data warehouse development group into Agile teams, metrics including delivery cycle time, delivery cost and product defects were all dramatically improved. The first step on the path to agile development, says Nies, is to shift from a data–centric organisational view to one of putting the user or customer at the centre.

“Data is valuable but engagement is critical from a financial or customer value standpoint.” Agility makes possible cross-functional development and rapid, iterative releases of software to enable users to access legacy data in the way that makes sense to them.

“Users interact with great products in a natural and effortless way but that’s extremely hard to get right the first time. Even Apple, which you might think makes that its hallmark, goes through an iterative process – it just doesn’t do it with the outside world.

“You need what I call a high metabolic rate as a development team to quickly understand what users want, deliver it, then rapidly learn whether that’s exactly what they wanted or is there a better way to engage with them.”

Be willing to learn
For McGovern, agility means something else as well: in the world of website design, which he knows best, some outfits will take weeks to make a simple content change that top companies carry out in seconds. “I’ve seen companies that have changed a word, phrase or link 50 or 100 times to optimise it so that it resonates with the customer. The result is they sell more stuff or they have fewer support calls — it unquestionably pays off.

“But with other organisations it’s as though they have arthritis – their bones are stiff and they need to go and do some pilates.”

Those organisations would benefit from coaching by what he sees as a “new wave” of agile designers who spring from the web and app worlds. “These people use the web as an ecosystem for getting software live, then it rapidly evolves. It takes a lot of skill. You have to have a vision and plan and then be flexible and constantly adapt.

“It requires a certain type of personality. People who are adaptive and inquisitive and willing to learn from the customer.”

“There’s general agreement now among our clients that user experience really does matter. As funny as that sounds, this is quite significant. It’s not something we have to sell, our clients are demanding it.
The starting point for development or transformation of any website, app or other piece of software is to determine its primary purpose, then prioritise it, says Gerry McGovern.

McGovern is cynical about “genius designers or genius managers making decisions based on their incredible instincts”, rather than on readily obtained user and usability metrics.

On the web, function trumps form, he says.

“This is what makes money for all the big websites. The successful websites, Facebook, for example, don’t have beautiful designs but rather rigorously tested functional designs.”