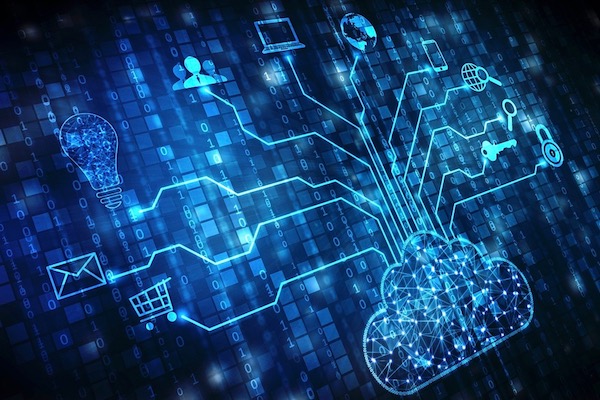 It’s a mixed scorecard for A/NZ in MIT report…

New Zealand has plenty of work to do on both security and ecosystem adoption when it comes to cloud services, while Australia is lagging behind on talent according to MIT’s 2022 Global Cloud Ecosystem Index.

The report puts Australia at 12th globally, with New Zealand ranked 14th overall. We’re second and third respectively in APAC, behind Singapore, which takes top spot globally as well in the report, designed to provide a snapshot of how leading countries have harnessed cloud infrastructure, tools and applications to accelerate and transform economic productivity.

“Local infrastructure is in a good spot and sits within a regulatory framework that builds trust.”

The report ranks 76 countries based on four ecosystem categories – infrastructure, ecosystem adoption, security and assurance and talent and human affinity, with New Zealand cracking the top 10 – at 10th – as an infrastructure pillar leader.

That’s a category devoted to how well a country is served by its telecommunications networks and computing resources that enable cloud-centric production models. Australia takes comes in at 12 for infrastructure.

Both countries are also noted as having ‘cloud-progressive governments.

Australia, by comparison, scores 11th for both ecosystem adoption and security and assurance.

Both countries are, however, ranked well ahead of the United States, coming in at just 17th.

Infosys, which commissioned the report, have previously listed Australian and New Zealand enterprises as ‘global leaders in cloud adoption’. The company’s Navigate your Digital Transformation with Cloud report noted that 58 percent of A/NZ enterprises were in the leading ‘torchbearer’ category of companies who have implemented cloud programs across all or most functions and have goals to be fully integrated and cloud-first.

While local enterprises might be keen to embrace cloud, the MIT report calls out the need for a more mature regulatory environment to enable trust in digital resources in New Zealand – the security and assurance measure where New Zealand managed a ranking of just 18.

Cloud-minded governments work to build and promote a ‘trust infrastructure’ – the public policy and regulatory and social conventions that ensure a government’s digital channels are efficient, effective and secure, MIT says.

Ecosystem adoption – measuring everything from digital services adoption to the availability of digital government services, innovation, SaaS revenues and even the price of broadband relative to GDP – was also lacking in New Zealand.

MIT did, however, note efforts by the New Zealand government to promote the use of domestically developed cloud services, and referenced the Department of Internal Affairs three-year all of government cloud framework agreement with local provider Catalyst Cloud for government agencies looking to use IaaS, PaaS and other public cloud services.

The NZ Tech Story, which this week got an additional pre-Budget funding boost, with $20 million allocated to support the growth of the SaaS community and an unspecified amount of that going to ‘build’ on work already underway with the NZ Tech Story initiative – was also called out.

“The New Zealand government recently unveiled a million-dollar ‘NZ Tech Story’ campaign designed to attract overseas investors, workers and customers to its thriving digital economy – credentials that are backed up by its overall ranking, and notable performance from an infrastructure and talent perspective,” MIT says.

The digital ITP work to develop the local digital technologies sector was also highlighted, noting that it should help bolster the frameworks and security required to maintain and grow New Zealand’s digital credentials.

In Australia it was talent and human affinity – how well prepared a population is to contribute to a cloud-based digital economy, looking at everything from productivity to engineering and maths skills as well as overall digital literacy – that needs bolstering.

The report says the Digital Transformation Agency’s efforts are also paying off.

“Local infrastructure is in a good spot and sits within a regulatory framework that builds trust. This is working to build engagement given Australian participation in cloud-based digital economies is globally competitive.”

Singapore took top spot globally in the report, followed by Finland and Sweden with MIT noting that the leaders combine digital infrastructure and governance leadership, with the European countries among those seeking to preserve the rights of digital consumers and ‘curb monopolistic tendencies of the internet services sector’.

Fast evolving digital infrastructure was also dubbed ‘foundational’ – all three of the leading countries have copious and reliable broadband, along with a ‘reasonable’ density of secure servers and data centres to underpin successful cloud computing capabilities.