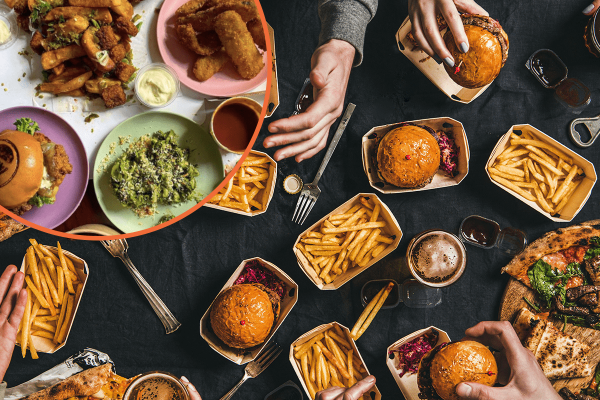 Six key announcements from re:Invent, plus some local flavour…

The next frontier is space – apparently ‘the missing link’ when it comes to gaining greater insight on what’s going on here on earth according to one speaker at AWS re:Invent – but as the annual customer conference returned to the real world in Vegas after a virtual event last year, it was cloud that remained centre stage.

In his first outing as CEO, Adam Selipsky served up an announcement-filled keynote, with no fewer than six service announcements, albeit most of them incremental, rather than ground breakingly new.

So what stood out in the myriad of announcements? Read on…

The company claims the new developments will ‘significantly’ improve the performance, cost and energy of the workloads they run on EC2 and speed up the time it takes to train machine learning models at lower cost. They’ll also ensure optimum storage performance for data intensive workloads, AWS says.

Selipsky says AWS is working with SAP to power SAP Hana Cloud with the Graviton processors.

Storage
Not to be outdone, there were also storage announcements, including an S3 revamp, with the S3 Glacier Instant Retrieval storage class for rarely-accessed data, with milliseconds retrieval. Also announced: New access management tools for S3 and Amazon FSx for Open ZFS managed file storage service for OpenZFS,

AWS says AIDA can drive top line growth by helping predict customer churn, create next-best-action and next-best-offer playbooks and lower operational costs by using foresight to generate optimisations in each department. And, of course, address the issue of shortage of data scientists by expanding the pool of skilled professionals with business experts.

Data analysis capacity when you need it
Serverless versions of Amazon Redshift, MSK and EMR analytics services were also launched.

AWS says while some customers want fine-grained control over every aspect of their workloads, others just want the guesswork taken out of managing their analytics infrastructure so they can move faster and expand the use of analytics.

The new services will enable customers to analyse data at scale, without having to set up and manage the underlying infrastructure to support it.

“This makes it significantly easier and more cost effective for customers to modernise their infrastructure and unify vast amounts of data from a variety of endpoints,” AWS says. “Now, customers can run analytics workloads at any scale and quickly deliver insights to the people and applications that need it – without having to even think about managing infrastructure.”

Twinning!
For developers, there’s AWS IoT TwinMaker, currently in preview and billed as making it faster and easier to create digital twins of real-world systems including buildings, factories, industrial equipment and production lines.

AWS says TwinMaker makes it easy for developers to integrate data from multiple sources such as sensors, video cameras and business applications, and combine that data to create a knowledge graph that models the real world environment.

Get off that mainframe
AWS is keen to get you off that big iron, with the launch of a Mainframe Modernisation – aka migration – service to help companies move to the cloud.

There’s assessment and analysis tools to help create a plan, with a range of developer tools to put that plan in action. Customers can refactor mainframe workloads to run on AWS by transforming legacy apps into modern Java-based cloud services, or can keep applications as written and re-platform workloads to AWS resting existing code with minimal changes.

Roborunners
A new robotics service, AWS IoT Roborunners, will make it easier to build and deploy applications that help fleets of robots work seamlessly together. It builds on the same tech used in Amazon’s fulfilment centres and will let you connect your robots and work management systems, enabling you to orchestrate work across your operation through a single system view, AWS says. Roborunners is in public preview.

Earlier this year AWS announced plans to open an infrastructure region in New Zealand in 2024, with promises of 1,000 new jobs through an NZ$7.5 billion investment in the new Auckland-based region.