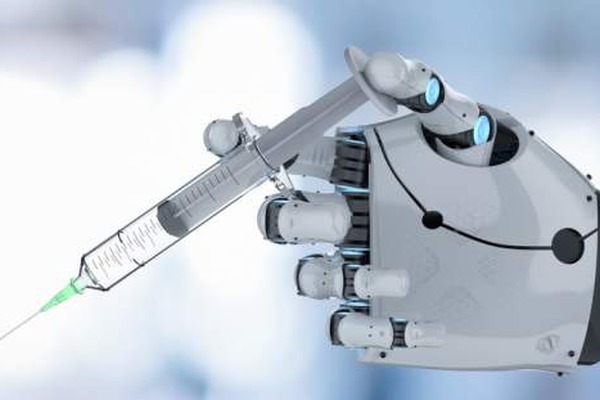 But there’s still plenty of life in automation…

Covid was meant to be the great accelerator for automation, right? Robots were going to be a saviour for companies suddenly faced with distributed workforces and closing of outsourced operations. They were going to increase efficiency, lower costs and free staff – human staff, that is – up to do the real ‘value added’ work while the bots did the boring, repetitive stuff.

Turns out that sanguine view hasn’t translated to reality here in Australia, New Zealand and the wider Asia-Pacific region, where Forrester says despite the hype and expectation that Covid would see robots proliferating like, well, a virus, Covid hasn’t actually resulted in companies rushing to ramp up RPA.

The market research company found that while Covid did result in many first-time firms across Asia Pacific dipping their toes into automation, for those already on the RPA path, it hasn’t resulted in an expansion of their plans.

“We are still seeing some organisations taking a very tactical approach or just focusing on cost cuts.”

While that runs counter to anecdotal evidence, Forrester says there is an explanation.

“Many firms in APAC took a while to stabilise in the first phase of the pandemic, after which Covid-19 and the resulting environment of uncertainty and cost pressure pushed them to try automation for the first time.

“In contrast, companies that had already invested in a digital workforce were already realising adequate levels of risk mitigation and did not see a need to significantly increase automation investments.”

The report says first wave enterprise adopters – the focus of the report and companies which have been on their RPA journey for up to three years – are struggling to scale projects.

Forrester says the companies face three challenges to scaling: Identifying and deploying automation on the right processes, establishing effective governance for automation programs and managing the cultural and people aspects of automation.

Garry Green, managing director of Kiwi business process automation company Quanton, says it’s a similar situation locally, where he says the more mature and scaled RPA programmes provided agility and resilience to adapt to the challenges of Covid. This included rapidly introducing new processes to address issues such as processes being repatriated from offshore, or processing mortgage deferrals without having to hire additional staff.

“Covid did accelerate digital adoption, but unless these digital programmes such as RPA are managed properly they will not reap the rewards that businesses expect,” Green told iStart.

He says it’s crucial programs are aligned with an organisation’s strategy, have engaged executive sponsorship, have good governance and either the right partners supporting them or internal capabilities.

“You also need to automate the right processes and have an effective mechanism in place to rapidly identify and curate them. The organisation needs to adopt agile thinking and processes to bring in the automations – use of legacy thinking and approaches will kill the program and benefits.”

There’s another sticking point too, according to Forrester: RPA’s benefits haven’t been dramatic for many companies. They’re there, they’re measurable, but they’re not ‘significant’. Among those Forrester surveyed just 18 percent saw enough benefit from RPA to expand their program. More than half said there had been a ‘measurable’ value realised through RPA, but it wasn’t ‘significant’.

Part of that may lie with where the benefits of RPA are found.

Green says some organisations are too focused on cost, rather than the benefits they will release and return on investment.

“Consequently they do not put investment into the right things or run the projects at the wrong level and are very stop start,” he says.

“We are still seeing some organisations taking a very tactical approach or just focusing on cost cuts, rather than being more strategic and leveraging productivity – doing more with the same staff – customer service gains and adopting new ways of working which really differentiates their business.

“These are the real business force multipliers that are a point of difference and impact the top and bottom line.”

For the Forrester respondents, cost savings from improving the efficiency of the existing headcount was the key benefit for 23 percent. Increased speed of doing business,  increased capacity to serve higher volumes of transactions and business digitalisation or digital transformation were each cited by 12 percent.

But Forrester says across the region, automation remains largely an efficiency and cost takeout play rather than a transformative play – though the report does cite Telstra’s use of nine RPA bots for a migration from its old cable network to its new network platform as a counterexample. That project saw Telstra reduce its initial project scope from 25 FTEs to just four working alongside the bots.

Cost savings from reducing headcount was cited as a significant benefit for eight percent of respondents.

But if Covid wasn’t the great RPA accelerator we were promised, Forrester is still bullish on its future in the region.

The report found 71 percent of firms say their RPA program has c-level visibility and support, highlighting the interest companies have in the technology.

Despite the less than startling RPA findings a, separate report, also from Forrester is claiming that such will be the impact of automation in Australia, that it will shrink the job market by 11 percent – that’s 1.5 million workers – by 2030. Most at risk? Those performing highly structured administrative tasks in finance, accounting and procurement. The bots, it seems, will still have their day.