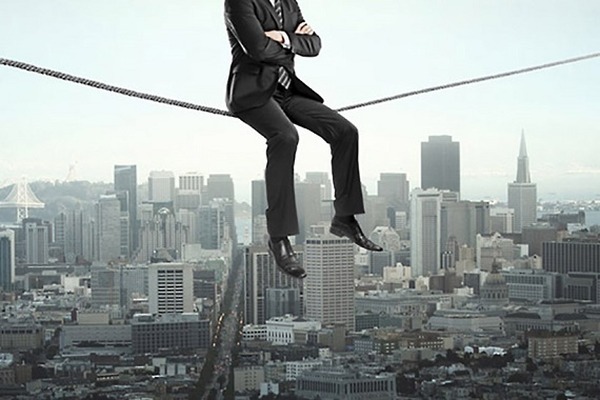 A look behind the figures, and at Netsuite’s A/NZ plans…

Australian and Kiwi entrepreneurs have emerged from Covid-19 feeling buoyant and confident about their next stage of growth.

That’s according to a Frost & Sullivan study for Oracle NetSuite which says 83 percent of Australian and 75 percent of New Zealand entrepreneurs surveyed are feeling confident about their business and the next stage of growth.

But look at the report’s Confidence Index – calculated by deducting the percentage of respondents who are less confident or much less confident from those who are more confident or much more confident in the success of their business when compared to before the start of Covid-19 – and the numbers are a little different. Australia’s confidence index sits at +24 percent. New Zealand’s is a little less rosy at just +2 percent – behind all countries other than Hong Kong SAR (-14 percent) and Japan (-22 percent).

“There are many, many other niche industries we’re looking to develop exciting applications for.”

Despite that, Mark Dougan, Frost & Sullivan director, says most entrepreneurs feel they have managed to respond well and are confident in their own success as well as in the growth and future success of their business.

While the report highlights differences between the APAC regions – including a greater propensity for serial entrepreneurship and starting businesses later in A/NZ – one point of commonality they all shared was a belief that technology is an important factor in their business success.

Across the region, the biggest learning from Covid was the need to have a flexible business model (31 percent) followed by having a crisis or contingency plan for the business (24 percent). When it comes to things they’d do different, 22 percent say they’d more rapidly change aspects of their business that were not working, 20 percent say they’d invest more time in business planning.

“We found that Australian entrepreneurs are encouragingly positive, and a lot of that is down to not only their grit and determination, but also the tools and software they now have to manage their businesses and adapt to change,” says Jason Toshack, Oracle NetSuite A/NZ general manager.

That is, of course, a key aspect for NetSuite, which is using the survey to talk up its own business – though some of the reports figures paint a differing picture.

Core business software was rated as important or very important for business success by 58 percent of Australians surveyed and 66 percent of Kiwis. That’s lower than the figures seen elsewhere, with just Hong Kong SAR (38 percent) and Japan (33 percent) lower. Mainland China topped the list at 94 percent, followed by India and the Philippines at 89 percent and 80 percent respectively.

New Zealand and Australia’s use of SaaS for their main business software also trailed regional figures at 43 percent (NZ) and 42 percent (Australia). That’s below the regional average of 57 percent, with only Japan clocking lower figures (30 percent).

Despite that, NetSuite remains bolshy about local growth.

In a briefing this week, co-founder and EVP Evan Golberg pointed to the business’ 24 percent year on year growth globally in Q3 – a figure Toshack says has been bettered in A/NZ, though he didn’t expand with specifics, saying only A/NZ growth in Q3 was ‘considerably higher’.

That’s a result he says of the confidence and optimism being seen in businesses locally.

The company signed up Doozy Solutions, creators of the Crafted ERP platform for alcoholic beverage providers, built on top of NetSuite, as a partner as the business launches a new ‘micro vertical program’ to drive industry based solutions.

“There are many, many other niche industries we’re looking to develop exciting applications for which will broaden the reach of NetSuite in the A/NZ market,” Toshack says.

“Our robust partner ecosystem developing niche avenues is opening up the A/NZ market to industries that we typically haven’t been able to access.”

He says the company is talking to law firms, contractors and construction-type organisations in its push for partners to build applications and capabilities to sit on top of NetSuite or be integrated into the platform.

“We have had our core verticals that we have typically gone after and that list is really expanding.”

The company has served up a series of new offerings around smart financials and operational automation, automated inventory management and analytics and insights, within NetSuite’s latest release to take advantage of what it says are increasing growth opportunities.

“All organisations have gone through seismic changes and while obstacles remain, opportunities are growing,” Goldberg says.

The updates include new features around centralised purchasing and billing, enabling consolidation of purchases across multi-subsidiary organisations, generating vendor payments from a single location and automating cross-charges.

Integration for Australian and New Zealand banks, including ‘BNZ, KiwiBank, TSB as well as the major banks and some smaller banks in Australia’ has been added to automate importing of financial data and simplify ‘tedious and error-prone reconciliation tasks’.

Also included are new features around SuiteCommerce, with SuiteCommerce Advanced now available in A/NZ and a new blog extension added to SuiteCommerce, while new features within automated inventory management include Pack Station, a touchscreen interface to help improve efficiencies in packing. It enables shipments to the same location to be consolidated and multiple cartons to be backed at the same time.

The commerce and warehouse improvements come as Goldberg says NetSuite sees increased demand for commerce from customers as they scramble to figure out new channels and products.

Customers have increasingly moved from offering B2B to also providing B2C – requiring them to quickly stand up ecommerce sites and to ship much smaller orders.

Toshack points to the success of local companies Melbourne chocolatier Koko Black, which expanded its online presence during lockdown; and Bladnoch Distillery which launched a multicurrency e-commerce site within a month and has seen a 20 percent growth in sales at a time when whiskey sales overall were down 25 percent.

The Frost & Sullivan report also highlights changing business models, with 88 percent of entrepreneurs across the region planning to expand their business, with targeting new types of customers and introducing new products or services the most common strategies.