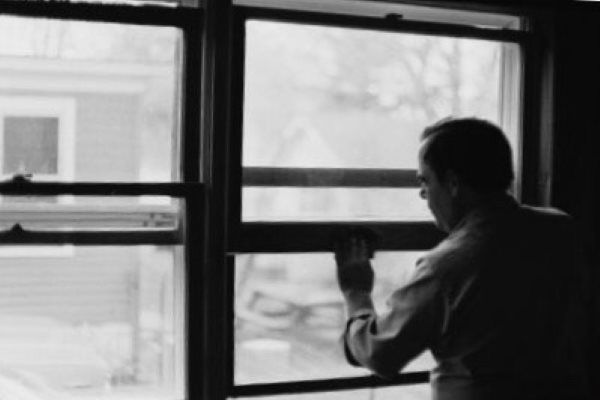 NZTech has hit out at the New Zealand government ignoring a deepening tech skills crisis, warning that there is probably just a month left to address the issue before an offshore exodus becomes too swift to stem.

“It is completely irrational,” NZTech CEO Graeme Muller told iStart. “What sort of government says we’re going to digitalise the economy, have a big health ICT strategy, chuck $44 million into Digital Boost to encourage uptake of technology, but then says no we don’t want any software developers to come across the borders, we want the Wiggles? How does that make any sense?”

“The government is completely non-responsive to this.”

He says not only are new highly skilled workers not able to get into New Zealand to work, but Immigration New Zealand are telling senior tech people who have been living in New Zealand, working for tech firms, that suddenly they don’t have enough unique experience or tech skills to enable them to bring their family to New Zealand.

Muller cites the case of an Indian husband and wife team, both software engineers working for a large Kiwi exporter.

The pair have set up in New Zealand and have a house here. They were about to return to India to pick up their young child but now can not get the child to New Zealand ‘because they don’t have a skill that is unique or technically not available in New Zealand’.

“They are exactly the type of people we want in New Zealand but we are telling them they are not highly skilled. It’s irrational and there has to be a human rights issue in that. It’s insane,” he says.

“We are seeing large New Zealand software companies, whose products are in huge demand, shifting their R&D teams into offshore locations as they are being told by Immigration that the highly skilled technical specialists they would like to employ don’t have unique experience to technical skills that qualify for a visa,” Muller says.

“We are seeing IT companies that build and support critical government infrastructure and who are enabling the digital transformation and productivity growth needed in New Zealand, being told that the specialist programmers or cyber security people they need should be available in a local market which currently has thousands of open jobs being promoted.”

The net result is ‘hundreds’ of high-paying jobs shifting out of New Zealand ‘every week’ and critical digital projects stalling or being abandoned.

Approaches to government have largely gone unheard and Muller says emails to Minister of Immigration Kris Faafoi have gone unacknowledged.

Attempted communications with finance minister Grant Robertson have met the same, non-existent, response as have emails to the private secretaries.

Muller says bluntly: “This government is doing a very poor job of listening.

“I would say the government is completely non-responsive to this.”

David Clark, Minister for the Digital Economy and Communications is, however, ‘concerned’ about the growth of the digital sector, Muller says, and has organised a meeting with Faafoi.

In June, NZTech completed a large survey of the industry and the specific issues companies were having. At the time Muller was confident there would be a speedy resolution, with Immigration New Zealand ‘standing by’ for the survey results.

That confidence has now evaporated, with Muller saying Immigration NZ is ‘deflecting’ the issue.

“They have the results and we followed up with specific information from companies of the jobs they are shifting overseas and the roles Immigration NZ are knocking back.

“The response at this point is that maybe people need help making applications so let’s analyse some applications,” he says.

“This situation is economically serious because it is impacting the ability for lots of New Zealand businesses to operate in the way they need to or want to,” Muller says. “There is a lot of digitalisation work that is slowed down, on hold or unable to be completed.”

While that’s one aspect, another is the moves by Kiwi IT exporters to offshore staff. Software exporters reported bumper times during Covid as digitisation ramped up globally. Now, however, they’re unable to meet customer demand though lack of senior skills in New Zealand.

There’s also the loss of the flow on benefits of having high skilled, high value jobs here. Previous reports have shown that for every tech role in New Zealand another five high value jobs are created.

In what is perhaps another sign of deflection by the government, Muller says he’s been asked by politicians why the industry doesn’t pay more to keep staff.

“When you have Australian companies paying $200,000 for a graduate out of Auckland University, this is not realistic. It is like a housing boom. You know you are paying too much and at some point it squeezes everyone out and you just can’t pay for those houses. It’s a similar thing. The prices are out of whack.”

Not everyone is supportive of calls to open up the borders for more tech staff, with many pointing out that the sector has relied for too long on cheap imported labour instead of developing local talent.

Muller points out the industry is working to get more people trained up in technology, but that’s a multi-year strategy. “You can’t just turn on a domestic education pipeline.”

Mullers outlook for the future if government action isn’t forthcoming, is grim.

“There is a very, very narrow window of opportunity before the window closes and it becomes an entrenched economic issue for quite some significant amount of time.

“There is an opportunity right now to be a country that sees the opportunity here, that digital skills are critical and New Zealand has a chance to attract the best and thrive, and we can’t have a lot of government policies that need digital on one hand and on the other have government policy that excludes digital from being created or brought into the market.

“We’re at a tipping point. In the next month or so if it’s not addressed the pace of outflow of digital workers form these companies will be too hard to turn around and the price people are paying for them domestically will become uncompetitive and that just speeds up the flow.”