News > Quantum computing: A leap too far for business?

Quantum computing: A leap too far for business? 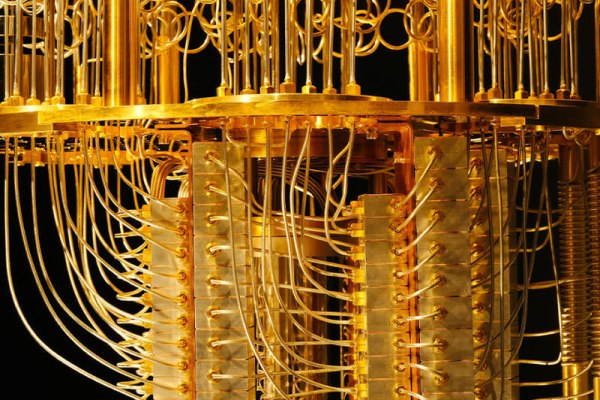 Should we really care about quantum?..

Quantum computing might be the realm of science fiction for most of us, but IBM and Microsoft have upped the ante, with IBM now boldly proclaiming that it’s aiming for ‘frictionless’ quantum computing by 2025.

Both IBM and Microsoft announced new functionalities last week, including in the case of IBM, modules designed to make quantum computing more accessible to software developers, as both companies try to push the nascent technology closer to mainstream.

“We think that our dream of frictionless quantum computing will become a reality.”

For quantum boffins, the technology, and its benefits, might be clear cut. For the rest of us, perhaps not so much – and breathless announcements from vendors are often of little help. “IonQ’s system offers a dynamically reconfigurable system for up to 11 fully-connected qubits that lets you run a two-qubit gate between any pair,” Microsoft helpfully informs us. Clear as mud really.

But, listen to the experts and they’re adamant quantum computing does hold the potential to vastly outperform even supercomputers, revolutionising drug development, finding answers to problems that have bedevilled science and society for years, and unlocking unprecedented capabilities for businesses of all kinds.

Consulting firm Mckinsey’s explanation of quantum computing is that while classical computers are programmed with bits as data units (zeros and ones), quantum uses qubits, which represent a combination of both zero and one at the same time, based on a principle called superposition.

“It’s this difference that gives quantum computers the potential to be exponentially faster than today’s mainframes and servers. Quantum computers can do multiple calculations with multiple inputs simultaneously.”

That enables quantum computers to explore a gigantic number of paths simultaneously, delivering multiple results in a tight range to get you closer to the answer far faster than classical computers can.

But there are still significant challenges, including the volatile nature of qubits which can cause inputs to be lost or altered, throwing off accuracy, to be overcome.

Nevertheless, software and hardware companies, from startups we’ve never heard of, to giants like Google, IBM, Amazon and Microsoft, and on to research institutes and indeed, countries (with the UK’s national quantum technology program, the EU’s Quantum Technologies Flagship and the US’ National Quantum Initiative), are spending up big. They’re creating ‘algorithms that bear little resemblance to the ones we use today, hardware that may well wind up looking very different from today’s grey boxes, and software to help translate existing data into a qubit-ready format’.

Which brings us to the IBM and Microsoft announcements.

IBM, which first stood up a ‘quantum computer’ on its cloud in 2016, says it is the initial step towards a programming environment where the intricacies of the underlying technology are not an issue for developers.

“In the future a program will be handed off to the cloud and vast quantum and classical resources will be employed, and within the blink of an eye the solution is returned perfectly optimised,” IBM says.

Come 2023 IBM says it will offer entire families of pre-built runtimes, callable from a cloud-based API using a variety of common development frameworks to enable enterprise developers to apply quantum computing to industry-specific challenges, without having to think about quantum physics.

“Looking to 2025 and beyond, we think that our dream of frictionless quantum computing will become a reality – one where the hardware is no longer a concern to users or developers,” IBM says.

“By then, we envision that developers across all levels of the quantum computing stack will rely upon our advanced hardware with a cloud-based API, working seamlessly with high performance computing resources to push the limits of computation overall—and include quantum computation as a natural component of their existing computation pipelines. We hope that by 2030, companies and users are running billions, if not a trillion quantum circuits a day, perhaps without even realising that they’re doing so.”

Microsoft, meanwhile unveiled a preview of its cloud-based quantum computing service, enabling users to develop optimisation solutions based on ‘solvers’ from Microsoft and 1QBit.

But while quantum may be pushing forward, and while IBM and Microsoft are both talking it up, it’s benefits for most businesses look to be further away.

“None of this will happen overnight,” McKinsey says in a 2020 report, A Game Plan for Quantum Computing. “In fact, many companies and businesses won’t be able to reap significant value from quantum computing for a decade or more, although a few will see gains in the next five years.

“But the potential is so great, and the technological advances are coming so rapidly, that every business leader should have a basic understanding of how the technology works, the kinds of problems it can help solve and how she or he should prepare to harness its potential.”

Healthcare, energy, finance, security and entertainment are expected to be ‘early’ winners in the quantum game, but McKinsey says for this decade at least it expects quantum computers to be used in combination with classical computing to solve multivariable problems.

“For example, by using nascent quantum computers to narrow the range of possible solutions to a finance or logistics problem, a company might reach the optimal solution 10 percent faster.

“This kind of incremental progress will be the norm until quantum computing matures enough to deliver massive breakthroughs in areas such as drug development and cryptography.”

For now though, companies are dipping their toes in. BMW announced at the end of January that it is joining the growing number of automotive companies looking at quantum, piloting Honeywell quantum computing tools to help manage and optimise its supply chain.

The automotive giant is using a Honeywell quantum computer, launched late last year, to find more efficient ways to purchase the best components at the right time, without disrupting production and investigate how it can reduce the risk of supply disruptions.

While the pilot will initially focus on small-scale computations, testing that quantum computing’s results tally with those from classical computing, Honeywell says it will expand to tackle optimisation problems which couldn’t be handled by classical compute.

“We are quickly moving from benchmarking and double-checking data generated on quantum systems and algorithms to being able to tackle real-world, enterprise-level problems such as global supply chains.”