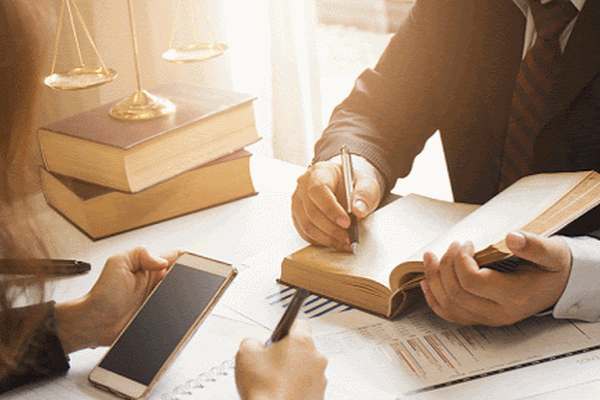 Is the legal profession too conservative for the fast-moving world of tech?…

After all, entrepreneurialism is nothing if not a fast paced pursuit (increasingly so) and, almost by definition, one that embraces bold action, change and risk. The legal profession by contrast, is characterised by prudence, attention to detail and caution.

So that raises an interesting question: Are lawyers too conservative when advising businesses looking to disrupt?

“Lawyers can have a ‘backwards-facing’ way of looking at the world.”

“The pace of change is faster than it’s ever been,” says Martin. “People are having to make decisions faster, and constantly challenge the ways they do business. General counsel are not immune to that and what we’re seeing is that they’re now operating in a new fast-paced dynamic.”

There is a tendency for legal departments to be risk averse, says Martin.

“I think that there is an inclination towards trying to be perfect and ‘never-having-made-a-mistake’ being used as the measure, whereas that’s not necessarily the way that the rest of the business operates.

“Let’s be honest, lawyers can have a ‘backwards-facing’ way of looking at the world. In a lot of ways that’s because case law encourages you to think in terms of ‘this is precedent, this is what we are doing, therefore this is what we can expect to happen in the future’.”

While that worldview is certainly useful when it comes to sticking to the letter of the law, it can be less than ideal when you are working with quickly iterating tech which is outpacing case law precedent, Martin says.

“What we’re finding in the current environment is that the world is changing so quickly that there isn’t necessarily that same degree of clarity now as there has been in the past around how things might be viewed by regulators or the courts when decisions are made,” he says.

When it comes to disruption, it’s often easier (and sometimes more commercially advantageous) to apologise later than to ask permission first. Just ask Zoomy. The ride-sharing app’s first incarnation sought to enlist registered taxi companies for manpower, but with so-so fares and little to differentiate them from traditional offerings, the window was open for Uber to shoot first, answer questions later, and all but capture the rideshare market.

But is that the whole story? After all, Uber’s aggressive approach came with a cost attached.

“Look at the fallout that’s happened with the likes of Uber and Ola, or look at Facebook where they’ve got it wrong,” says Martin. “Reputationally, they had to work hard to earn back the trust.”

And when it comes to reputational risk, it’s not only about understanding the letter of the law, says Martin, it’s also about doing what’s right.

“One of the things that any business enterprise has to decide is ‘What do we want to stand for?’.

“You’ve got to be comfortable with your decisions because, whatever they are, you’ll have to accept the consequences that flow from them. And they won’t necessarily be legal consequences, but they could well be business consequences.”

Reputation, says Martin, is its own kind of currency, and it’s one of the mandates of General Counsel to make sure that precious commodity is preserved.

“There are two ways in which a lawyer needs to look at these sorts of things,” he says. “One is making sure everything a business does is within the law – that’s obviously critical. But even when you are operating within the law, people may still look at what you’re doing and go, ‘Yes, but it just doesn’t feel fair’.

“And there is often no specific right or wrong answer around these things. It’s more about the process you have to go through to get an understanding of the potential consequences of any decision. That’s something the executive team needs to be thinking about and the lawyers should be a part of that discussion.”

Good legal advice makes subtle distinctions regarding just what kinds of risks are appropriate under what circumstances, he says and changes from insutry to industry.

“Obviously if you are in the medical devices business, then there is a very different appetite to risk than there is if you were delivering pizzas, so there has to be a considered approach as to where you’re prepared to take the risks and what kind of risk appetite you have.”

“While [legal advice] can feel like ‘this is costing money because we’re not moving forward’, all it takes is one wrong decision and it can blow out,” says Martin. “Then, whatever the amount of money you’ve saved or made could all be consumed in one mistake.”

That’s where lawyerly caution is most valuable says Martin.

“There needs to be an understanding of, okay, if things do go wrong, how does the business move forward from there? How do we make sure that there’s not a lasting negative effect on the reputation of the business going forward? That’s where lawyers work.

“We’re there to make sure businesses do what they need to do, but at the same time, don’t get to a point where mistakes are irretrievable, and if something goes wrong it’s hard to recover from.

“Where lawyers add value is not stopping at this point, but then rolling up the sleeves and helping the business solve the problems and achieve the business outcomes while managing the risk.”