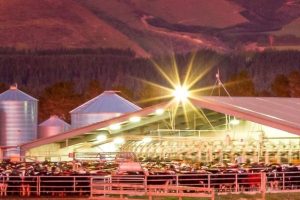 With more than 60 farms under its control across New Zealand and in Australia, a specialised provider of third-party management services has looked to Fuji Xerox New Zealand and the Esker software solution for Accounts Payable(AP) automation.

Established in August 2000, FarmRight provides expertise to equity partnerships, corporate ownership and large-scale family holdings in the dairy, beef and horticulture farming industry. The business has expanded from the original three managed farms to more than 60, including several in Australia.

It promised to quite literally put AP in your pocket.

The company focuses on providing a full range of investment and management solutions to well governed, long term investors. This includes investors in portfolios of farms as well as traditional equity partnerships. With staff located throughout New Zealand, FarmRight maintains offices in Lumsden, Christchurch and Te Awamutu.

Situation
Chief Financial Officer Mark Paul says each of the properties under management by FarmRight operates as a separate entity. “Our farm managers look after all aspects of every property, and that includes procurement and approval of Accounts Payable.”

He gives an idea of the scale of the AP function: “We handle up to 3,500 invoices each month, with a spend running into the millions.”

On the farms, goods and services are procured in the normal operation of the enterprise. Until Fuji Xerox got involved, this was a largely manual process, with paper invoices sent through to a central AP team. “The farmers would typically set aside a day each month for the invoice approval activity. Then, we had a team of 7 in the wider administration team who would enter all these invoices into the financial system, send to farm managers for approval and schedule payments,” says Mark.

As a growing business, with more farms steadily being added to its portfolio, FarmRight was starting to drown in the paperwork. “Paper was a real problem. Invoices would come in, be printed and placed in a pigeonhole. An AP clerk would bring it out, enter the data, then scan the invoice which would go into a transaction list for approval by the farm manager – there was a lot of double and triple handling,” Mark explains.

“That meant that we could not achieve any ‘scalability’. Clients are buying more farms and we reached a point where we’d have to grow the admin team, or find a better way of handling AP,” Mark notes.

Solution
While AP automation had come to Mark’s attention several years ago, the systems he saw then were just not very good. “However, technology changes all the time and we knew we needed to think about doing things differently. That meant taking another look at the market and hoping that a level of maturity had come into this particular technology.”

A Request for Information resulted in six proposals, which FarmRight rapidly narrowed down to two serious contenders. Fuji Xerox and Esker, says Mark, stood out owing to a proven track record with several local successful implementations, and demonstrable functionality and ease for users. “Any change you’re going to introduce becomes far easier if the users see the purpose and if it helps them get their jobs done better,” he notes. 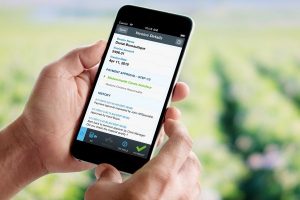 “What stood out about the Esker solution is that it promised to quite literally put AP in your pocket, with a mobile app. That really impressed everyone, from the board down. And we wanted something which would work for the tech savvy just as well as it would work for those who are not.”

Mark says FarmRight wanted a few extra layers of control over the standard solution, and also sought tight integration with its Microsoft Dynamics financials. “This probably took more time than anything else, so I would advise anyone not to underestimate this aspect. But it does make for ‘full automation’, so things flow right through from AP to the system from which the payments are actually made.”

The deployment was completed within four months, Mark adds, with the company timing its introduction with its payment cycle.

Results
His focus on the users of the solution has borne immediate fruit: Mark says farm managers have welcomed Esker AP automation. “Reception has been very positive from the start, and that actually commenced well before the rollout, with various communiques that this was coming.”

In effect, he says FarmRight’s people widely recognised that AP was a problem – a tedious, time consuming, paper-bound problem. “It was one of those ‘roll your eyes and sigh’ jobs every month.”

Now, handling payments is a breeze. With Esker, invoices are received electronically (generally via email) and placed into a workflow, where they are coded and approved for payment. Mark says this is done in micro-moments through the day using the mobile app. “Most of our farmers handle their approvals at breakfast after the morning milking. It’s just made so easy for them.”

The administration team has also seen a dramatic reduction in paperwork. “This was always about efficiency for us, and the team is a lot happier as Esker lets them focus on more pressing issues. We’ve also seen a reduction in the cost per transaction and have immediately been able to move one team member into the accounting team, and another has gone on maternity leave.

In effect, we have a smaller AP team able to handle the volume without issue,”Mark notes.

With greater visibility and reporting on the AP function, FarmRight is able to delegate authority with confidence, while receiving a boost to its governance measures.

He says the Board is pleased, with an on-time and on-budget enterprise IT project also delivering the anticipated results.

There’s more to it than simply dollars, though. “Relieving your people of an unpleasant task is probably the most valuable benefit of all,” he concludes.