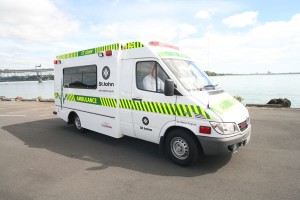 When Fairfax Industries needed a system to manage complex heavy truck and trailer manufacturing, Managing Director Rob Bernstein says they wanted something that was simple to run, but still had real grunt and could easily track every component of every job…

Whether or not you know the name, you are unlikely to drive too far on any New Zealand road without seeing a truck fitted with a Fairfax canopy. Started over 35 years ago and named after the avenue in the Auckland suburb of Penrose where it began, Fairfax has built several thousand trucks and more than 500 ambulances, putting a new unit on the road every 3.7 days. Used for semi-trailers, livestock carriers, insulated rolling stock, buses and motor-homes, all bodies are built using a unique process that vacuum moulds composites into a complete one-piece shell. The result is lighter and stronger than its traditional rivals, and free from leaks and rust by virtue of no metal or joins.

But if the success of this design – Fairfax is New Zealand’s leading supplier of refrigerated bodies – has hardly been surprising, building and maintaining its market lead has turned on continuous innovation and very close management of finely tuned competitive manufacturing processes.

Rob Bernstein, the company’s Managing Director, says their ambulance manufacturing can be run on a standardised production line. But all the other vehicles are built as essentially one-off assignments. Managing this is no easy task. With work and supplies contracted in and out, each job can quickly generate 500 supply and parts invoices on its own. Three-and-a-half years ago when he looked for a new system to manage this complexity he says he had a clear understanding of just what they did and did not need.

Having held several senior manufacturing roles, Mr Bernstein says in his experience problems with ERP systems always come when highly specified systems need a lot of work to be adapted. He was therefore keen to find something built with complex manufacturing requirements in mind. Fairfax also needed a system that was scalable and had real grunt, but they did not want the expense or hassle of a very large system that required dedicated IT staff.

With its manufacturing and production functionalities built in its core, the Abel system really stood out, he says. It readily incorporated the processes Fairfax already used.

Implementation was easy as staff found it intuitive. A low-risk monthly pricing option helped clinch the decision. He says it has saved the equivalent of two full-time administrative salaries.

“I have been involved in a number of systems, and without a doubt Abel is the smoothest transition I’ve ever seen,” Mr Bernstein says. “It is also the simplest, most successful system I’ve worked with on an ongoing basis. It is bloody good.”

While Fairfax uses Abel across all their business, job management remains the core of the system. Clicking on a screen in his office above the company’s workshops, now in South Auckland, he shows how he can instantly track all production, materials and pricing information by job. Work is assigned by area and budget, with expected or consumed materials, accumulating costs, purchases and payments all tracked in real time, including wage and hour KPIs.

Although they have kept stretching what the original system can do, they are now considering an upgrade to job scheduling. But otherwise the system largely runs on its own. “Because we just don’t need any real support,” he says. “We might speak to Abel twice a year. But otherwise it’s great: it just works.” 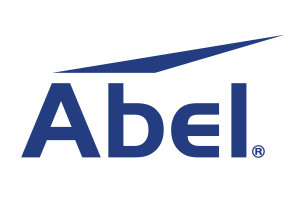