How to plug into the internet of things 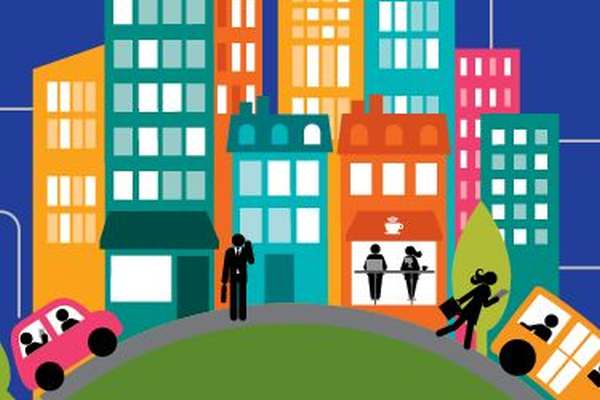 Need to track your vehicles? Or monitor water? The internet of things delivers an extraordinary opportunity to connect and network all manner of things, but how?…

The internet of things enables any object that can be represented digitally to be controlled from anywhere. That object might be used to monitor a production process and can help improve operational efficiency and safety. Or it might be used for home security – currently one of the hottest IoT consumer markets – where a rapidly expanding range of devices integrated with cloud services and smartphone apps is designed to alert you to anything untoward on the domestic front, no matter where you are.

But how? Simple: a motion sensor and webcam connect through an internet router to a web server, which sends a message to the property owner based on a set of rules. He or she can then take a look at what’s going on via a web browser or app.

The essential components of these networks are sensors, a communications link over which sensor signals are relayed and a server to translate the signals into a web-friendly format. Although conceptually simple, there are plenty of ‘gotchas’ in patching in to the internet of things, from ensuring equipment can withstand the weather and other environmental hazards to designing resilient power supplies and network links. This guide describes some successful IoT implementations.

Sensors
No one likes to be thought of as a thing. But in IoT terms, humans are potentially just as much things as the billions of other objects that can be connected to the internet.

That’s precisely what Melbourne-based Catapult Sports does. The company, which sprang from the Australian Institute of Sport in the mid-2000s, hooks up thousands of athletes from hundreds of clubs and institutes covering dozens of sporting codes to the internet.

The New York Giants, AC Milan, Brisbane Broncos and Canterbury Crusaders are among its illustrious customers.

Catapult’s early expertise was in sensors, says sports scientist Michael Regan. The monitors it attaches between athletes’ shoulder blades are about half as long and one-and-a-half times as thick as an iPhone.

Yet they carry 11 sensors, including accelerometers, gyroscopes, magnetometers, heart rate and GPS trackers, and they process and store data.

“They measure whole and micro body movement,” Regan says. “The GPS measures when you go from A to B, but at the elite sport level it becomes vitally important how you move, which is measured by the other sensors.”

With the exception of the GPS, which samples data at 10 times a second, the sensors sample at 100Hz, transmitting the data by radio frequency to a receiver up to 200 metres away.

Because sports arenas are often enclosed and partially roofed, a standard GPS chip would not be up to the job, so the monitors communicate with two satellite constellations.

A GPS receiver is about as simple as an IoT sensor gets, but Auckland company Argus Tracking has built an entire business on them.

A typical customer, says managing director Aaron Muir, is the IHC, which has a fleet of 700 three- to 12-seater vehicles.

“The goal is to get data from those vehicles and turn it into meaningful information that customers can use to cut operating costs,” Muir says. In the IHC’s case, simply being able to map drivers’ routes as they ferry service users around has cut the non-profit organisation’s fuel bill by 16 percent, or $800,000 a year.

Another customer, Ports of Auckland, has cut crash rates by half by using Argus Tracking’s system to disable vehicles ranging from straddle cranes to utes when unauthorised drivers – identified by radio frequency ID, or RFID, tags – attempt to get behind the wheel.

“No one likes to be thought of as a thing. But in IoT terms, humans are potentially just as much things as the billions of other objects that can be connected to the internet.”

Communications
At the heart of the internet of things is the internet protocol, or IP. Network equipment maker Cisco says a common first step for organisations towards the IoT is converting proprietary protocol-based networks to IP.

But the network demands of IoT devices are not typically huge.

Argus Tracking’s GPS sensors rely on Vodafone’s relatively slow 2G network, which Muir has been assured will continue to be supported until 2025. It is perfectly adequate for the job – each SIM-equipped device, the total number of which Muir won’t disclose for competitive reasons, sends a small amount of data.

But it adds up: collectively they transmit 13 million position updates a day, he says.

Catapult, working in either confined indoor or outdoor sports arenas, transmits sensor data via RF links from the athlete-worn monitors to a receiver-equipped laptop.

Regan says each monitor collects about 1000 data points a second, but the actual transmitted data stream is reduced by on-board processing.

“The amount of data we’re producing is extraordinary, which is where the communication and presentation challenge comes in.”

Displaying data
To a greater or lesser extent, extracting useful information from the internet of things depends on standards.

In the world of RFID tags, standards are everything, says Gary Hartley, secretary of New Zealand’s RFID Pathfinder Group, which is driving adoption of the technology. The group is allied to GS1 New Zealand, Hartley’s employer and part of an international supply chain standards organisation.

As proof that there is an infinite variety of things on the internet, GS1 has just completed a trial tracking a shipment of halal meat products from a meat processing plant near Greymouth to Malaysia.

At 11 points along the way, including port of departure Lyttelton and Port Klang in Malaysia, where the edible offal was landed, each carton of the consignment was scanned making detailed information about the contents and their origins accessible online.

Where the IoT is used for freight tracking, standards are crucial, Hartley says. The key to deciphering the RFID meat shipment data was use of electronic product codes, unique numbers that at each scanning point displayed “what, where, why and when” information for each carton.

“Once you get down to that granular level you can start making supply–chain decisions based on whether goods are where they’re supposed to be and that the consignment only contains the items it should.”

If an unrecognised product code appears, that implies a breach of the supply chain and potentially counterfeit goods, with the danger that represents for the supplier’s reputation.

“If you use whatever number you like and I use whichever one suits me, we’ll never agree on what the item is, so the killer app in my view is the sharing of standardised data.”

In the money-driven world of professional sport, however, you can forget standards. Catapult’s competitive edge comes from developing ways to display athlete sensor data just as the customer wants it.

For the coach of an American football team, that might be knowing just how hard to push players during practice so that they can still perform in the next game. The team manager, meanwhile, might be more interested in relating athlete performance to bums on stadium seats.

Regan says he has been asked that very question by a US team official: “I was giving the spiel about how our technology can help with injury prevention and improving performance and he said ‘stop, what in your data equates to a higher number of season ticket holders, higher ratings and more merchandise sales?’.”

Regan says Catapult can’t deliver that yet, but that’s the goal.

“We have to embrace the analytics wave because what we measure does have links and application for a whole football programme or business.”

Catapult’s OpenField software is the first analytics programme designed from the ground up that begins to offer that level of customisability.

“Our industry is trying to take econometrics and that sort of thing and sandwich it into sport. But what we’re aiming to do is build something that is sports-specific in terms of analytics and deep data integration.”

In the end, says Argus Tracking’s Muir, it all comes down to the internet – in the first place to aggregate sensor data, then to provide customers access to the information it represents. The next step is big data analytics.

“As recently as two years ago we couldn’t have contemplated that because the tools were too expensive. Now we could get an open-source tool for nothing and develop what we want to.”

That opens the door to benchmarking of fleet performance and customised reports.

“Once you get down to that granular [tracking] level you can start making supply–chain decisions based on whether goods are where they’re supposed to be and that the consignment only contains the items it should.”
Gary Hartley, secretary of New Zealand’s RFID Pathfinder Group