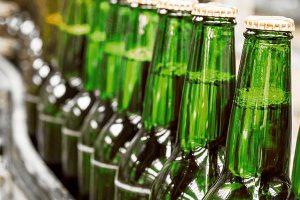 Carlsberg offers 20 different brews from 25 breweries in China, with volumes of data to match…

Carlsberg was one of the first international brewers to export beer to China, starting over 150 years ago. Today, The Carlsberg Brewery Guangdong in Huizhou supplies products to mainland China, Hong Kong, and the Macau markets. Carlsberg offers 20 different brews from 25 breweries in China, catering to consumers on various drinking occasions.

The challenge
To produce their financial and management reports, the finance team at Carlsberg China needed to combine data from more than eight Microsoft Dynamics NAV databases. Because of the data volumes and number of databases involved, end users found it hard to navigate their NAV systems to find the data they needed.

This meant the finance team was forced to export data from each NAV system and manually stitch them together in Excel to generate the reports they needed. This process consumed a lot of time and manual effort and had to be repeated from scratch, each month.

“Users can easily build reports by themselves to support their analysis.”

The team at Carlsberg recognised that they needed a solution that could consolidate data from multiple companies and databases into a single data warehouse, without requiring a lengthy implementation process, or relying on technical specialists. The chosen solution would also need to cope with their data volumes and still provide fast query response times for their more than 300 end users.

Facing these challenges, they chose to deploy Jet Analytics and Jet Reports.

Using Jet Reports, finance team members were able to leverage their existing Excel skills to quickly and easily create the reports they needed, saving time and eliminating the need to dump data from NAV into static spreadsheets.

By implementing Jet Analytics and Jet Reports across the organisation, Carlsberg China has seen many positive results:

Navigating success
With simplified navigation of data and reduced dependency on the IT department to create reports, the finance team can now create the reports they need, at any time.

“We now have a reliable and timely data source providing a single version of the truth for our financial reporting. Users can easily build reports by themselves to support their analysis. We can also now view our data at an aggregate level instead of just viewing a detailed listing, which makes it faster and easier for users to navigate their financial data to make informed decisions,” says Chen Johnson, BI Engineer

Source: This article was originally sourced from insightsoftware