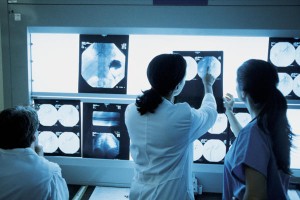 A growing developer of software that powers radiology departments in 250 sites across Australia, Healthinc’s success was taxing the systems used since its 2001 inception.

“By 2007, our directors realized that they were outgrowing our business systems,” says Raymond Close, financial controller at Healthinc.

“MYOB is good from a straight accounting point of view, but the business controls it offers are very weak. We needed sophistication because we were doing more complex and comprehensive client projects across multiple locations.”

Because Healthinc’s previous infrastructure lacked integration, the company spent a great deal of time exchanging calls, faxes, and spreadsheets in an attempt to stay current.

Reliance on hard copy, and the lack of access to reliable, real-time customer information, meant that the company was leaving money on the table even as it appeared to be successfully expanding.

“It was time- and paper-consuming, and messy administratively. We needed to get better control of the service contracts in our business, as we were missing revenue opportunities,” Close says.

The solution
Healthinc managed its own migration to NetSuite beginning in mid-2007. After successfully importing its customer and contract data from the previously disconnected systems, the company has a much clearer view of its operations.

“They say financial control is the second-oldest business in the world, but certainly NetSuite has made things easier for us,” Close says.

“And NetSuite’s local support can’t be praised highly enough – they have been very accessible and worked tirelessly to solve our problems.”

“Customer actions could slip through the cracks because copies of the spreadsheet being mailed around perhaps weren’t the latest. Now we can do a better job working on our leads and opportunities, and a faster job of converting opportunities to quotes and orders,” Close says.

“Our software is customized for each client on a continuous basis and is used on 2,000 workstations, so it is important to us to understand all of our customers in real time,” Close says.

“The advantages of NetSuite’s Web-based architecture have been enormous.”

Results
Healthinc has improved the strength and profitability of its customer relationships with NetSuite.

“The central repository of customer records in NetSuite has helped us get better control over our client engagements,” says Close.

“Our salespeople are much better informed and can see where they are headed against their monthly targets. Our people in the field find it much easier to log expenses and get reimbursed, no matter where they are.”

Integrating all of its customer operations into NetSuite has helped Healthinc close business faster.

“Before, it took us hours to migrate from a quotation to a sales order and invoice, work that had to be repeated even for minor changes,” he says.

“Now, we can do that migration with the click of a button, which is a much better use of our sales peoples’ time.”

“Our old system was simply adequate, but now our engineers automatically receive copies of customization orders from our salespeople, allowing us to take the right steps to ensure that we meet our customer obligations without anything falling through the cracks.”

The greater visibility provided by NetSuite is helping Healthinc boost its bottom line through better service contract monitoring and enforcement.

“Our services revenues have been lifted by 20 percent, now that we are properly monitoring service contracts and renewal dates with NetSuite,” Close says.

Carbon planet ready to take on the world