PYBAR migrates to the cloud with Azure solution 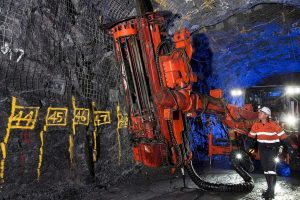 Working with Intergen’s parent company Empired, PYBAR migrated to Microsoft Azure, which delivered the vastly improved redundancy and reliability that the business required.

About PYBAR
PYBAR was founded in 1993 and is now the third-largest underground hard rock mining contractor in Australia. Through its subsidiaries and affiliates, the PYBAR group provides a comprehensive service to the mining sector, including underground mining, exploration drilling, mining electrical, and mine equipment maintenance. PYBAR has resources based in all major mining centres in Australia and employs more than 1,000 staff to deliver exceptional standards in underground mining.

Disruption in one location affected all others
PYBAR operates as a fast, efficient, and responsive organisation. This means the business’s IT capabilities must be agile, robust, and reliable. The company’s key infrastructure was located in its head office, in Orange, New South Wales. This created a potential issue for the organisation since any disruption in Orange would ultimately affect every other office throughout Australia, compromising PYBAR’s ability to operate seamlessly.

Troy Grey, ICT superintendent, PYBAR, said, “Disruptions as simple as a power outage in Orange would put a stop to work for all the other offices throughout the country. This was too risky for the business and it was important to find a solution that would guarantee availability and uptime.

“Furthermore, some of the on-premises kit in Orange was starting to get dated and it was time to upgrade. This need for a comprehensive overhaul created the perfect opportunity to explore a move to the cloud, as this would help deliver better redundancy and reliability.”

Azure chosen for ease of use and functionality
The PYBAR team began evaluating the options and processes involved in shifting the organisation’s infrastructure to the cloud. Various providers were considered before the team settled on Microsoft Azure.

Troy Grey said, “The team considered other cloud vendors but they didn’t have the same ‘lift and shift’ capability that Azure demonstrated. Azure was plug-and-play, as well as being very intuitive. Azure was also the best fit to integrate with PYBAR’s on-premises infrastructure such as SQL. PYBAR was already a Microsoft shop so it made sense to stick with one vendor, making Azure the obvious solution.”

The PYBAR team had previous relationships with Microsoft partners including Empired, so the team approached Empired to run a test project with a view to engaging Empired for the Azure project.

Troy Grey said, “The moment we spoke with the team at Empired we were taken aback at just how on-the-ball they were. The Empired team was on board and ready to get things happening quickly.”

The team proceeded with a proof of concept to migrate an on-premises version of Microsoft Dynamics AX2009 to the cloud. This was to prove challenging, since PYBAR’s version of Dynamics AX2009 was heavily customised and not originally intended for cloud use.

Troy Grey said, “Migrating such a heavily modified version of AX2009 was a challenge because it didn’t meet Microsoft best practice. However, working together with Empired we found a way to make it work. The proof of concept was accepted and it was full steam ahead for the Azure project.”

Redundancy and connectivity were vastly improved
The PYBAR team in charge of the Azure migration was very lean, so it required significant support from Empired to manage the implementation process. The Empired team worked seamlessly with PYBAR to get the Azure solution up and running.

Troy Grey said, “All the Empired team members on this project were very responsive and knowledgeable so, when the Azure solution was implemented and tested, it just worked. The team overcame a lot of hurdles in a short space of time, and the result was a smooth transition to Azure for PYBAR.”

Once the Azure platform was up and running, the key benefit for PYBAR was increased reliability and availability. Rather than using the business’s head office as its central IT hub, Azure has taken on that role. That means head office operates the same way as any other office, with all locations dialling into Azure.

Furthermore, giving all other sites access to the business apps they needed via the cloud overcame low connectivity issues that had been experienced by remote sites. Better connectivity has resulted in improved app performance, making life easier for PYBAR employees across the country.

“Empired had no hesitation in bringing in people with new skill sets to find a way to get things done. Even when the odds seemed insurmountable, Empired found a way to get it done, which was very refreshing.”
Troy Grey ICT Superintendent, PYBAR

Troy Grey said, “All IT is still in a central location, which was important for consistency, but now it doesn’t matter if there’s a minor power outage or a major issue in Orange; all offices can remain up and running. PYBAR can now safely guarantee a high availability of its systems to both metro offices and remote mining operations. Since moving to Azure, Orange has already had one power outage and the rest of the business was able to carry on as usual without interruption.

“An important benefit of this project is that PYBAR now has flexibility to spin up servers and shut them down, expand or remove performance as required, and guarantee redundancy. As part of this project, the team cleaned up PYBAR’s SQL infrastructure, making it more stable and secure.”

Now that PYBAR has standardised on Azure, the business will be able to move more apps into the cloud in the future.

Working with Empired
Empired provided the resources and support that PYBAR required to facilitate its move to Azure.

Troy Grey said, “The best part of working with Empired was that, when the project required additional resources, Empired had no hesitation in bringing in people with new skill sets to find a way to get things done. Even when the odds seemed insurmountable, Empired found a way to get it done, which was very refreshing.

The Empired team can actually do what it says it can do, with all the knowledge and power it needs in house. The team was always generous with advice and assistance, which really helped on this journey because the PYBAR team was very lean and needed to rely on Empired.

The Empired team was on hand during the weekend that the Azure solution went live, so we had the help we needed to ensure it happened smoothly. The team continued to provide support for the first week, responding urgently to any requests we had. This was exceptional and PYBAR is already looking at engaging Empired for future work such as a planned Microsoft Teams migration and SharePoint Online migration in the future.”