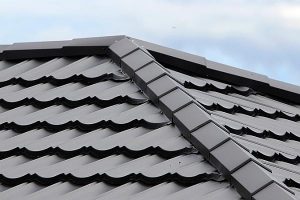 New Zealand manufacturer Ross Roof Group (RRG) has been a success story in the roofing game since the 1940s. Today, it manufactures, exports or licenses its roofing systems to 80 countries worldwide under the brands Tilcor and Metrotile, and produces millions of roofing tiles a year.

“When you have growth you obviously have more paperwork, which can be quite daunting when you have limited human resources,” says RRG’s commercial manager, George Khoury. “You don’t necessarily want to keep taking on people to handle the growth – you want to use systems that can automate processes.”

“When you have growth you obviously have more paperwork, which can be quite daunting when you have limited human resources”.

RRG had been using MYOB’s Greentree ERP system for several years when the company’s structure changed to accommodate rapid growth. Several new regional companies were created as international distribution agents for its products.

“Rather than create multiple companies with the associated multiple data entry issues, we collaborated with our Greentree Partner [Endeavour] to adapt Greentree’s Distribution module to meet our needs,” George says. “We now have single data entry and visibility across all the companies in the group. It works very well.”

“We were encountering serious issues with the volume of orders and APs, plus consolidating the financial information from our different companies.” Khoury recalls. “There was too much paperwork from the approval of sales orders and invoices, and automating processes became a top priority.”

“There was too much paperwork, and automating processes became a top priority.”

An ERP system that integrated the business was identified as a crucial tool, but RRG also knew it needed to fill some special requirements to get the level of inventory control it needed between its manufacturing plant and its warehouse.

Seamless workflow
RRG’s manufacturing plant runs as a 24-hour operation. Orders placed in Greentree’s Manufacturing module are visible on screens all around the factory, enabling receipts to be entered as soon as orders are filled and eliminating delays in filling out paperwork.

The integrated Manufacturing and Supply Chain functions handle millions of items. Orders are processed from sales to manufacturing at a press of a button. Endeavour created customisations within the Distribution module to enable simultaneous updating of data across three separate workstreams.

“This saves us a lot of time and effort, eliminating the risk of human error,” says Khoury.

Visibility through the roof
MYOB Greentree Workflow gives real-time visibility across the company, which has been especially valuable for purchasing and credit control. RRG’s approval process is now handled electronically through Workflow, replacing a slow paper trail.

“Our Operations Manager used to get a stack of paperwork each month, which would take him hours and hours to approve,” Khoury says. “That’s not required anymore because he approves POs as they come in.” The addition of eDocs has brought further efficiencies, enabling purchase orders and invoices to be scraped into the system.

The benefits of the systems investment they made are accruing daily. “We’ve saved about five days’ work a month on the month-end process and cut paperwork by around 70 percent,” Khoury says. Greentree IQ* enables RRG’s managers to create reports to see whatever they want at a glance.

“We’ve saved about five days’ work a month on the month-end process and cut paperwork by around 70 percent.”

“There are multiple ways we can slice and dice the data,” says Khoury. “It allows us to make more informed decisions about ordering of raw materials, which is a major cost centre. All our factory orders are also entered into Greentree and read by IQ, which formats them so we can determine what’s needed to fill an order.”

IQ gives management a crystal-clear view of sales performance, and its drill-down capability saves hours of work in compiling specific reports and dealing with any issues. Another big plus is that despite its workload more than doubling in recent years, RRG has not needed to take on more staff.

RRG is forecasting further steady growth and has more plans for where Greentree can help handle it.

“We’re focused on developing forecasting for overseas markets and getting more use out of the CRM and Job Costing systems,” Khoury concludes. “We’re aiming to finish up with a full supply chain scenario where a quote gets done, sent out and turned into a job costing order.

“We’re confident we can achieve this because every day, Greentree enables us to work smarter, not harder.”

Source: This article was originally sourced from MYOB