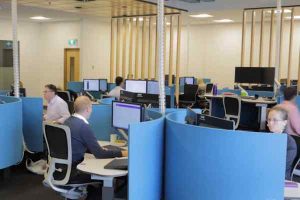 How paperless became the norm…

With a goal of efficiently delivering services to its thousands of customers across New Zealand, Trustpower has recently embraced a new way of operating which reflects the way in which people prefer to work. As a result, it has almost as a side effect, driven out paper from some of its key processes, benefiting from greater speed of execution, improved efficiency, reduced cost and vastly improved convenience. The success of initial efforts has the organisation actively seeking further opportunities for digitally transforming paper-based processes where appropriate.

“Where pieces of paper move from one person to the next, you can be sure there is inefficiency.”

As part of the company’s move of its Tauranga head office to a new building, a decision was made to introduce Activity Based Working which had a key objective of mobile-enabling staff. Previously large quantities of paper had characterised many processes, restricting staff to their desks.

The company has worked with Fuji Xerox since 2015 to identify and automate paper-intensive work processes, delivering capabilities such as data extraction and transformation, dynamic case management, audit control and scanning and indexing of historical documents.

Trustpower is a publicly-owned company, listed on the New Zealand Stock Exchange (NZX). The company generates electricity and provides energy and telecommunication services to New Zealand residential and commercial customers.

Situation
Alice Thomson,‎ Strategic Initiatives Manager at Trustpower, explains that with a move to a new building, the company wanted to simultaneously change the way that its people work, through an initiative dubbed ‘Paper Intelligence’. “Activity-based working reflects the manner in which people work today: they tend to be mobile, engage with various individuals depending on the tasks at hand, and interact with people both within and outside of the organisation.”

Paper, she notes, which is typically heavily relied upon in utilities businesses, often restricts the ability to move around.

“Paper Intelligence looked at paper use within the company with a particular focus on processes where pieces of paper move from one person to the next. Wherever that is the case, you can be sure there is inefficiency,” Thomson points out.

This engagement was thorough and long-running: over the course of 9 months, Thomson’s ‘paper chasers’ team, together with Fuji Xerox, examined a broad cross-section of business processes, looking at how people work, what their personal preferences were and why (and how) they used paper.

Fascinatingly, the purpose of the exercise wasn’t primarily to eliminate paper; the point remained enabling people to work more effectively.

Thomson explains that this process allowed the Fuji Xerox and Trustpower team to identify ‘low hanging fruit’ where the maximum benefit could be achieved fastest.

“We had one process where printed documents are sent to customers, who complete forms and return them. Around 5 000 pieces of paper come in every month, get opened at reception, then handed to another three steps in a chain, with information taken off at each stage. At the end of the chain, the paper was scanned and attached to each customer’s [digital] file.”

This, confirms Thomson, was “A cumbersome and painful process. A lot of people at any point of time had piles of paper on their desks.”

This process was, therefore, a prime candidate for digitisation.

Now, when customer forms are received, they are scanned at the beginning of the process, rather than the end. The information on each form is digitally separated out and automatically sent to the person or department responsible. The system is integrated with Trustpower’s sales tools and customer contact billing engine, and automatically updates these systems. Where there are exceptions, these are ‘spat out’ by the system and assigned to staff members to handle.

However, Thomson notes that technology was a minor component of the transformation within Paper Intelligence; instead, the real effort went into supporting people through the change. “The technology pieces were really the introduction of electronic signatures, which plays a big role, and the upgrade and further enhancement of the smart application process platform.”

Equipping people to work more effectively, adds Thomson, included the provision of collaboration tools such as instant messenger and ‘social media for work’, allowing individuals to rapidly and effectively work together. “We didn’t force anyone to ‘go paperless’. Instead, we provided the tools to do so alongside their ‘old’ way of working. That set the scene for people to choose the way of working which best suited them – and it doesn’t take long for the paperless process to take precedence over the paper one.”

Results
Digitising this process, Thomson confirms, has saved ‘enormous amounts of time’ and achieved the primary goal of the exercise: people are no longer tied to desks and mountains of paper. “Our people are mobile-enabled. They are able to engage in activity-based working, moving around the new building depending on the type of work they are doing at any given time, and working in close proximity with members of different teams. That’s delivered huge improvements in business processes, particularly in collaborative jobs.”

She does concede that it is difficult to measure the results from a personal work satisfaction point of view.

However, as paper has been targeted, she says measures of efficiency relating to this commodity are quite quantifiable.

“For example, during the project we scanned in just under 58, 000 pages – that’s 58, 000 pieces of paper which we no longer have to store. In another piece of work, we have the quite stunning visual representation of how the removal of paper has seen a 40-foot container full of documents reduced to a single flash drive,” Thomson relates.

As she has implied, the company continues to actively seek out and target paper-based processes for improvement.

“By demonstrating the value with quick wins, it encourages enthusiasm for improvement, particularly because we are enabling people to work better, more efficiently and with greater personal convenience. People in our new building are more mobile, they can work more collaboratively. As a result, our people are automatically choosing to go paperless where they can. People are realising that, in many instances, they just don’t need to print any longer.” 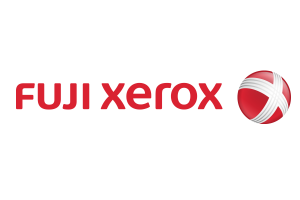