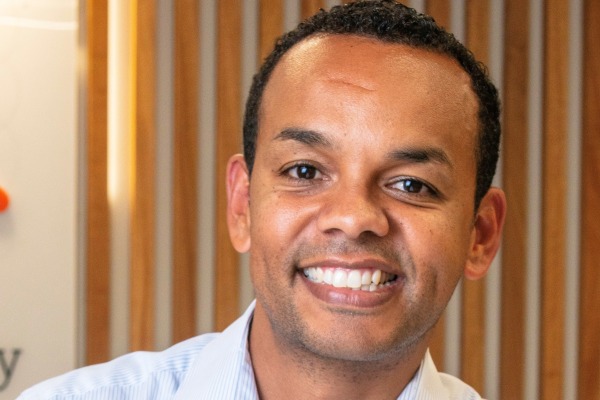 Dr Lloyd McCann has his eyes on the prize.

The CEO of Mercy Radiology and head of digital health for parent company Healthcare Holdings, McCann believes bionic workforces – the melding of the best of technology with the best of human workforces – have huge potential.

For McCann, robotic process automation is a big part of the vision, and he’s putting that into action at Mercy Radiology, where two robots are providing benefits including a $200,000 net benefit per month in cashflow, efficiency and accuracy gains – and an increased staff satisfaction.

“The unfortunate thing about health – and it’s not dissimilar to many other industries – is that we are stuck with a lot of legacy infrastructure,” McCann says.

“We need to keep that external view around technology so that we don’t miss a trick in the potential benefits it brings.”

Many of the key systems Mercy Radiology uses, including the key Radiology Information System (RIS) and the picture archiving and communication system, are applications that have been with the organisation ‘since day dot’ and hold reams of rich data. While they’ve evolved, they have limitations.

“You can add bolt-ons and there are opportunities to have some direct integrations between systems – and we do that in some instances – but what we found was the RPA approach is a very cost effective and a very safe approach to maximising the benefits you get from your legacy systems without needing to do expensive integrations,” McCann says.

“One thing people often forget with integration work is every time there is then an upgrade to an existing legacy system that has a connection to another system, you have to test that integration point. Those integration points can break.

“With the robotic worker in essence what we have got is a login for that worker and as long as they have the login to the application and system, they can continue working irrespect of upgrades.”

Mercy Radiology’s RPA journey started more than two years ago. It rolled out its first robot, Matilda, in 2019 to handle ACC invoicing and receipting.

The organisation was considering employing an additional FTE to the finance team.

“The investment to deploy the RPA solution and the ongoing investment in support and maintenance fees was less than going out to hire a new person who would cost the organisation around $70,000 [plus additional costs for equipment and space for them],” McCann says.

McCann challenged local RPA provider Virtual Blue – reseller for Blue Prism RPA – to have a robot up and running in six weeks. They delivered and robot Matilda quickly provided benefits.

Where previously two staff members performed the invoicing and receipting on a weekly basis – a process that took between four and six hours – Matilda could do the task in just one hour, enabling Mercy to move to daily invoicing. That improved cashflow for the organisation, providing a $200,000 net benefit per month.

The two staff meanwhile were freed up from the manual, repetitive task to do other work including training internal teams. That training, combined with Matilda’s low error rate, has improved data quality, reducing error rates when it comes to the invoicing and receipting process by around 10 percent.

Matilda’s work has since expanded to additional invoicing and receipting for Southern Cross Insurance, NIB and the Ministry of Health work, handling around 600 to 700 invoices a day.

Risks and benefits
But there’s another key benefit that McCann can’t put a monetary value on: Reducing key person risk.

“The key thing that was highlighted to me when we commenced the journey was all the knowledge and subject expertise around that process sat with two members of our team.

“That was a very uncomfortable realisation for me in terms of key person risk.”

McCann was very aware that if they left the organisation, they’d take with them crucial knowledge and Mercy Radiology would lose ‘a significant period of time’ to get new people to gain the skills and knowledge to run those processes.

“Now we really see the robotic workers as part of the solution in managing some of that key person risk across the organisation, because one of the things we needed to do when we deployed those processes was to understand them in quite a bit of detail to codify and document them. Now there is an artefact that shifted an individual’s tacit knowledge and made it explicit knowledge for the organisation as well.”

McCann says while RPA has always been a key component of Mercy Radiology’s digital strategy, it’s now also viewed as part of the organisation’s workforce strategy as well.

Matilda’s success, meanwhile, was such that within three months, Mercy Radiology was looking for other processes it could deploy RPA on.

Rob-E was deployed to handle onboarding staff, entering the required data into a range of systems.

It quickly became clear that there was also an opportunity to leverage the robotic workers in the patient facing and clinical side work as well.

The organisation is the first radiology provider in New Zealand to enable patients to book scans and xrays online, and uses Rob-E to transfer data from the online booking system to the RIS. The robot processes more than 1,100 bookings a month with 90 percent of appointments requiring no human intervention, freeing up human call centre staff, who previously handled that work, to spend time addressing patient issues in a more timely way.

But Rob-E’s deployment also proved a slight misstep for McCann. Like the deployment of Matilda, he put a time frame on having Rob-E handling online bookings. Rob-E’s launch in online booking work saw him getting plenty of ribbing from his human colleagues for his error rate – some 30 percent. While he now has a success rate of 98 percent, McCann admits he may have wanted the team to go a little too fast in deploying him.

“The lesson there is do set yourself goals and targets, but it’s often better to spend a bit more time on something so that by the time you deploy it you’ve got good confidence that the robotic worker is going to perform quite well.”

Rob-E’s work wasn’t done however, and it’s on the referral side that things get more interesting. While some referrals come in electronically, many still come in handwritten, leaving staff with the laborious task of decoding often notoriously bad doctor’s handwriting and entering it into the RIS.

That volume of data enabled Rob-E to get up to speed relatively quickly with a 90 percent accuracy rate in initial testing. That’s increased over the past four months to 98 percent.

Both Matilda and Rob-E still have capacity for additional work and the success of Mercy Radiology’s work is such that parent company Healthcare Holdings is now eyeing up RPA for deployment across it’s wider operations.

And the inevitable question of staff losing jobs to robots?

McCann admits in the early days staff were wary, but today staff satisfaction in the teams affected by RPA is up – something he attributes in part to the robotic helpers.

“We saw a direct relationship to when Matilda and Rob-E got introduced in terms of staff workload. People had the opportunity to utilise their time more productively and more effectively and do value add activities, and we saw a 5-10 percent increase in staff satisfaction.”

Across both robots and all processes, there are very clear delineations as to what the robotic workers can do and when hand off to humans is required.

Adding AI into the mix
McCann says Mercy Radiology has a roadmap of processes it’s looking at for possible RPA deployments and is looking increasingly to combine technologies such as AI, machine learning and other OCR use cases with the robots to enable them to perform a wider range of tasks.

Under consideration is the potential of using a robot to notify patients of negative lung screening results – something already done in the UK’s NHS using Blue Prism technology.

It’s not all about robots though.

“We’re finding that the algorithms are really augmenting the human workflow, picking up on potential misses when they occur.”

Just how good? Well they’re picking up on at least one clinically significant peripheral fracture omission per day, and one lung nodule omission every three days. For an industry where the human error rate is around 30 percent for radiologists reviewing and issuing reports, those results are a not insignificant opportunity to plug the gap and reduce omission rates.

McCann admits there is a ‘bionic balance’ to be struck in getting the best from both human and robotic teams, with the potential for empathy or high touch to get lost, particularly on the patient facing side.

That’s something he says Mercy is ‘balancing quite well’ now, but will need to keep an eye on as it continues to expand the use and scope of robotic workers.

As to Mercy Radiology’s bionic journey, McCann says it will never be completed.

“What we have learned is that we need to keep that external view around what technology is able to do and how technology is being deployed so that we don’t miss a trick in terms of the potential benefits and opportunity it brings into the organisation.”