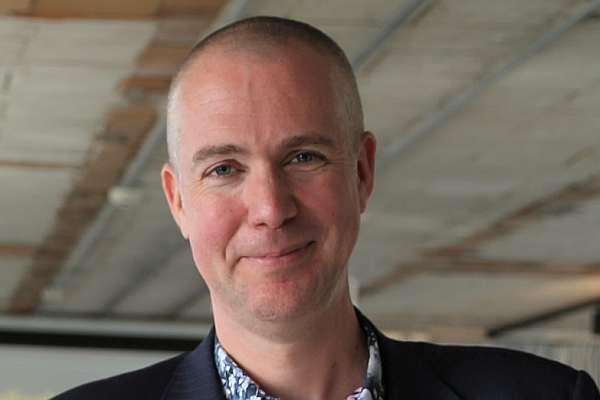 Neville Richardson, Gallagher CIO, is a fan of automation. It’s part of the DNA of this Kiwi technology success story which is now a global business encompassing animal management, security solutions, fuel systems and contract manufacturing.

Having overseen a successful automation of Gallagher’s accounts payable operations late last year – a project Richardson says will pay for itself within 12 months – the company is eyeing up more potential for automation.

“Every process that we have to do that the customer doesn’t value is an automation opportunity,” he says.

“The great thing about Gallagher is in our operations area where ‘lean’ is in our DNA. We are all about reducing waste and what these [digital automation] platforms allow us to do is reduce waste. We’re casting the net wider and continually looking for opportunities to automate so as a team we can spend more time adding value to our customer and less time on the mechanics.”

“Every process that we have to do that the customer doesn’t value is an automation opportunity.”

In the case of the AP automation – which Richardson dubs low hanging fruit – Gallagher had been using ‘handraulics’ for too long, Richardson says.

“We spend the majority of our money on the customer side, because that’s what the customer values and sometimes that has meant we haven’t paid as much attention to the back office.

“Then as the business scales you find that suddenly you’re needing more people to do things.”

While Richardson says Gallagher’s backend IT systems (SAP ERP) are ‘really robust’, the process up to entry into SAP was manual and open to errors and wait times. Not only was it taking a lot of time and effort – and potentially resulting in errors through manual entry­, but it also meant a lack of visibility, and that was a lost opportunity to provide insightful data analysis.

“The signoffs we had were outside of the system and when it’s not digital you don’t have any control over it,” he says. “And without the data you don’t get the chance to analyse and make improvements. So, we were missing out on those three key areas.”

The company tapped Esker and its AI engine, delivered by Fuji Xerox, to reduce the amount of paper being shuffled around the office by introducing a smart approvals workflow on purchase orders and invoice approvals.

“We looked at several solutions, found that Esker gave us the user experience and the architectural goodness – it works in the cloud, is highly mobile, all those benefits around how it is architected. It interfaces pretty much out of the box with our SAP system, so it was ticking a lot of boxes.”

Another key element to success was the mobile part of the solution, which made adoption, and the new approval process, painless.

The project – headed up by Gallagher’s finance manager “because it’s not an IT project, it’s a finance project” – has digitised the process, and in doing so provided incremental time savings to every manager within Gallagher, while freeing up the finance department from being ‘the mechanic’, enabling them instead to focus more on analytics and deal with variances.

“Any project that is freeing people from the mechanics so they can look at analytics and provide value in that way is awesome,” Richardson says.  “This wasn’t about losing people, we haven’t lost anyone. We’re just doing things better and we’re now into analysing data rather than just doing the mechanics of data.”

A business intelligence transformation and a cloud transformation are also on the cards, which Richardson says are part of a wider strategy that will drive commercial outcomes for the business.

On the BI front he says the project, which is being done with Microsoft, will “release the goodness of data making it free for people to consume in an easy manner and democratise BI and put it in the hands of people who can make a difference”.

The cloud project will see Gallagher, which Richardson says is ‘a little bit cloudy already’ move common workloads into the cloud in an effort to enable IT to spend less time keeping the lights on and more time delivering value.

“It means we can respond more quickly to internal customer requirements and that allows us to arm a lot of other initiatives, so it can help us with development of new projects. And, over time, it will be cheaper to run.”

Richardson is at pains to stress the people side of digital transformation.

“Like the Esker project, it’s easy for people to see these things as IT projects because there is technology involved, but we forget the social construct – the people and structures really matter. We deliver them as IT change when the transformation is technology and people – those two things coupled together is what delivers success.”

Richardson says getting that formula wrong can be a nail in the coffin for projects.

“I have had a couple of spectacular failures in my career and I can pretty much nail them all to that peg.

He admits a key factor in his move to Gallagher – which he dubs an 80 year old startup – was the company’s culture and ability to embrace transformation.

“Technology now is all about iterating, doing little things. That continual iteration. And you are going to have failures on the way and that’s good because they are learning opportunities.

And that’s part of the Gallagher DNA. We develop things in an agile way and part of my transformation has been bringing those techniques into the IT side of the business.”

The new breed of SaaS companies

But will a dearth of product managers hold sector back?…