The new breed of SaaS companies 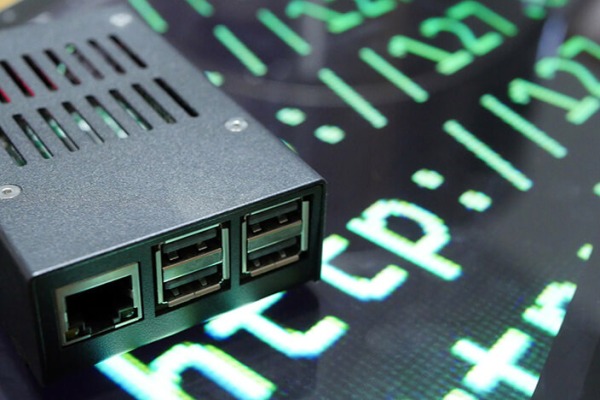 But will a dearth of product managers hold sector back?…

It’s often said that every business is a software business. Matt Bostwick believes that – literally.

The company is signing up around five new SaaS partners a month. It’s the strongest growth area across Microsoft’s 2,500 strong local partner network, Bostwick says. And they’re not all new startups, either. In fact, they’re not even all ‘technology’ businesses – at least not in the traditional sense.

“You’ve got organisations like Beca who are now wanting to start creating new revenue models.”

“You’ve got organisations like Beca, which for a long time has been a customer of Microsoft and has used some of our software to help support their own internal requirements, who are now wanting to start creating new revenue models.

“They’re asking ‘how do we start unlocking some of the IP we have and making that available to our customers in ways they can consume through SaaS model?’”

Bostwick says it’s a growth area, with a number of Microsoft customers who traditionally provided consulting or services, now digitising some of what they do in order to turn it into a SaaS offering to on sell.

Another case in point: Investment administration services provider MMC has taken its traditional on-promise offering into the cloud as a SaaS platform for fund and wealth management customers.

Traditional IT partners are also keen to digitise their IP. Fusion5 has developed a SaaS HR and payroll solution called Jemini, while Theta Systems has launched a software product division on the back of the success of its Eva visitor management platform. Velocity is helping digitise processes around mortgage application, evaluation and lending, and AsBuilt is designing and developing digital twin capabilities for the construction industry.

And there’s the companies we’re more likely to think of when we think SaaS – the startups who have trodden the well-worn path of venture capital funding and start-up incubators, such as Jobloads, which connects jobseekers looking for seasonal work with the growers directly.

Bostwick points the finger at Covid as a key reason for the change, saying the push of ordinary, non-tech, businesses creating SaaS offerings as new revenue stream, is part of the global impact of change from the pandemic, which highlighted the need for smart thinking around different ways of doing business to thrive in an uncertain world.

Microsoft’s announcement last year that it is bringing a new data centre region to New Zealand is accelerating the local move, Bostwick says. He says it has resulted in plenty of new discussions with organisations wanting to capitalise on having a hyperscale cloud platform available in country.

“It has really unlocked a lot of ideation and imagining and discussion around how organisations can take advantage of that,” Bostwick says.

A recent IDC whitepaper certainly paints a rosy picture on the back of the new data centre region. It predicts public cloud adoption and spending in New Zealand will more than double within five years. Cloud services currently contribute around NZ$12.7 billion of revenue a year to local businesses. That’s expected to increase by NZ$30 billion within the next four years on the back of the forthcoming data centre region, which is also expected to generate an additional 102,000 jobs over the same period.

“One of the reasons software companies want to build on global hyperscale cloud platforms is that it enables them to scale and take their service globally,” Bostwick says.

“In the case of Velocity, they’re now working across Australia and they’re launching into India, and they can do that with a relatively small footprint on the ground in those countries, because effectively the value they have created is in the software. It’s SaaS, it’s subscription based and once they land that in with a customer, like a bank or lending organisation, they can support it pretty much from anywhere.

Challenges ahead
But while Bostwick might be enthusiastic about the ‘massive’ potential for businesses everywhere to harness their IP up and create new SaaS offerings, there are still issues to be overcome. Top of the list is the old chestnut of people and skills. It’s the number one issue Bostwick hears from partners and customers looking to develop digital products and platforms.

For its part, Microsoft is using its LinkedIn platform, and LinkedIn Learning to push skills training, and working with partners including Ace and Auldhouse to come up with ‘creative and innovative’ ways to make it easier to get certified on cloud platforms such as Azure – certification that acknowledges that many of those wanting the training already have a background in technology but now want to become expert at cloud technologies.

“At some point organisations have to take step to go ‘I’m going to invest in this new capability, I’m going to take the opportunity to build a business case, to test it, partner with entity like Microsoft to get access to the tools and platforms I need to be successful, and I’m going to go ahead and get going on it’.”

That can be a big hurdle for organisations who often have a very different business model, relying on project revenue.

“Now you’re saying you need to start thinking about the future revenue stream where you might be selling software or software capability. It’s that whole business evolution and business change where you go from a legacy business model to a future business model. so the cost of change and the process for change can sometimes be something that organisations need support and help to work through.”

“One of the things we have identified is that there is a real shortage in some really critical skill sets and one of those is product management. There havent been that many software product managers in New Zealand up until now, but if you think about Xero, Cin7, Vista – all successful NZ software companies – one of the things really critical to their success is having really strong product management.  That is all about identifying what customer needs are, building a feature roadmap, aligning with engineering efforts and financial/commercial constraints you are working within to deliver on and managing the lifecycle of that software product.

Bostwick doesn’t have a solution. It’s something he says Microsoft is working on.