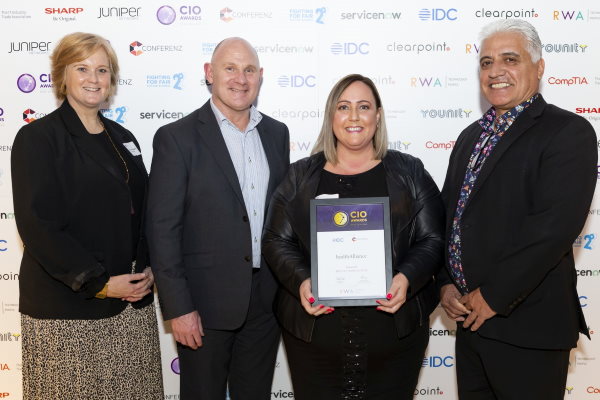 The Kiwi IT leaders and companies vying for honours…

Seven individuals and 16 organisations will be vying for top honours at the annual New Zealand CIO Awards next month.

The finalists for the annual awards, which celebrate innovation and success within New Zealand’s business IT sphere, cover a broad sweep of New Zealand life, from hardware stores and produce providers to New Zealand Parliament.

“Many took the lessons they learned to create innovative business models and accelerate business transformation.”

Also in the running for individual awards are Fresh Direct NZ’s Avinash de Silva, Bob Kombora, previously with Overland Footwear and now at Vulcan , Coundown’s Taryn Olsen and rural broadband provider WombatNet’s Alex Stewart. All four will be vying for the Emerging ICT Leader award recognising talent under the age of 33.

“The 2021 CIO Award finalists demonstrated not only leadership excellence their peers can aspire to, but also a commitment to contributing to the wellbeing of their employees, customers and communities.”

A seventh, the Sharp-sponsored award for Outstanding Contribution to ICT in New Zealand, will also be presented to a high profile business person on the night.

Finalists will now face a video interview with the judges, who include John Holt, founder of TAINZ and co-founder of Kiwi Landing Pad; Mercury Energy general manager of Digital services Kevin Angland; BNZ CTO Paul Littlefair and Susan Paterson, independent director for the Reserve Bank of NZ, Electricity Authority and Eroad, among others.

CIO of the Year, for demonstrating innovation and success in the past 12 months that reinforces the transformational role of the CIO in supporting their company’s overall business strategy.

Community Tech Champions for outstanding initiatives with the goal of educating, exposing and engaging New Zealanders that have been previously underrepresented in the ICT sector.

Business Transformation through Digital and ICT honouring the achievements of organisations that have successfully planned and executed a business transformation initiative or initiatives through the use of digital and disruptive technologies, producing a range of benefits for their organisation.

Winners will be announced at the CIO Awards Gala Dinner on August 31, at Auckland’s Shed 10.