News > ACCC calls for the power to rein in Google

ACCC calls for the power to rein in Google 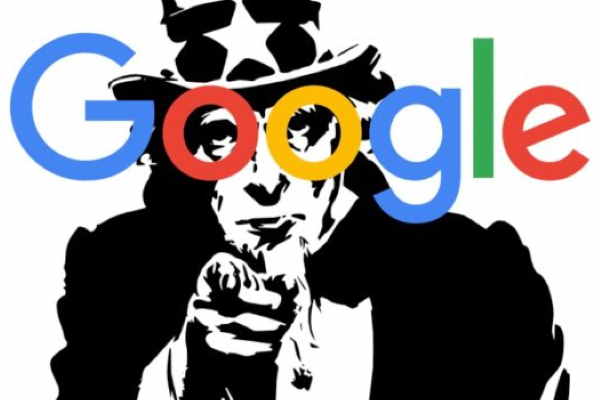 While it’s Facebook in the firing line globally this week, locally, Google is the subject of a damning report from the ACCC which calls for greater power to rein in Google’s ‘harmful’ dominance in online advertising.

The final report into the long-running Digital Advertising Services Inquiry says enforcement action under Australia’s existing competition laws alone is not sufficient to address the competition issues in the AU$9.5 billion online advertising market and that the ACCC should be given powers to develop specific rules in response.

Google has a dominant position throughout the ad tech supply chain. The ACCC estimates more than 90 percent of ad impressions traded via the ad tech supply chain passed through at least one Google service in 2020. While exact details of how much revenue Google is making from each ad served is unknown, the ACCC estimates it to be at 27 percent of advertiser spend, with concerns the lack of competition has ‘likely led to higher ad tech fees’. 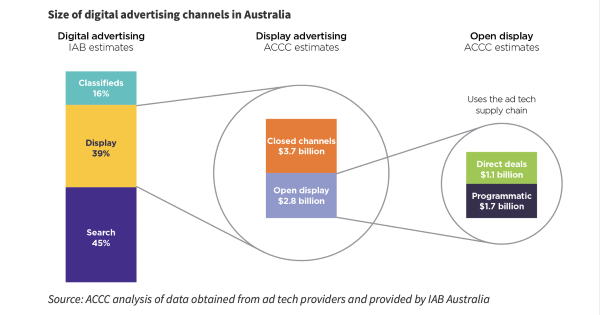 “An inefficient add tech industry means higher costs for both publishers and advertisers, which is likely to reduce the quality or quantity of online content and ultimately results in consumers paying more for advertised goods,” Rod Sims, ACCC chair, says.

“Google’s dominance in the ad tech supply chain is underpinned by multiple factors including its access to consumer and other data, access to exclusive inventory and integration across its ad tech services,” the ACCC says.

“Over more than a decade, Google’s vertical integration and strength in ad tech services has allowed it to engage in a range of conduct which has lessened competition over time and entrenched its dominant position,” the report says.

Adds Sims: “Google’s activities across the supply chain also mean that, in a single transaction, Google can act on behalf of both the advertiser (the buyer) and the publisher (the seller) and operate the ad exchange connecting these two parties.

“As the interests of these parties do not align, this creates conflicts of interest for Google which can harm both advertisers and publishers.”

The tech giant’s buyouts of DoubleClick, AdMob and YouTube have helped Google entrench its position in ad tech, the ACCC notes, saying it has used its position to preference its own services and shield them from competition.

Also riling the ACCC: Google has refused to participate in publisher-led header bidding, designed to increase competition for publishers; inventory. It also previously allowed its services to have a ‘last look’ opportunity to outbid rivals, ACCC says.

As to the rules ACCC wants to be able to implement, it says they would address conflicts of interest, prevent anti-competitive self-referencing behaviour, address data advantage issues and transparency problems where they create efficiency or competition concerns.

The recommendations also include a requirement for Google to ‘clearly and unambiguously’ explain how it uses data collected from consumer services. ACCC also wants Google to provide publishers with sufficient information to compare bids received from different SSPs such as Google AdExchange and Open Bidding.

How the recommendations in the report should be enacted, including the legal framework for the proposed rules and powers will be considered as part of a broader ACCC report due in September 2022, Sims says.

“PwC estimates that the existence and use of Google’s advertising technology directly supports more than 15,000 full-time equivalent jobs and contributes $2.45 billion in gross value add to the Australian economy each year,” Google says in a blog.

“As one of the many advertising technology providers in Australia, we will continue to work collaboratively with industry and regulators to support a healthy ads ecosystem.”