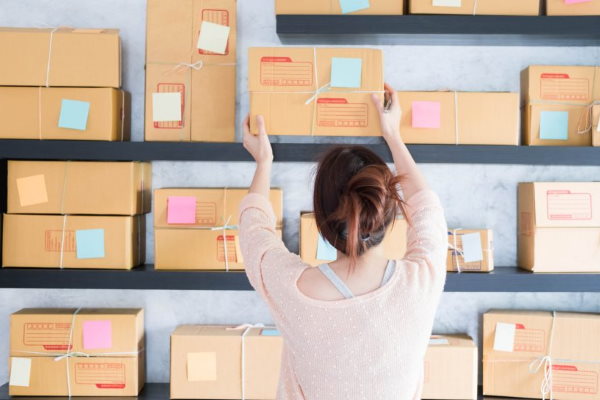 Not content with taking on the might of Facebook and Google, Australia’s ACCC has launched an investigation into the e-commerce market and online retailers including Amazon Australia, eBay Australia, Catch and Kogan.

The consumer watchdog has announced online retail marketplaces will be the next digital sector to face its scrutiny as part of its five-year Digital Platform Services Inquiry. The inquiry will include a look at how retail marketplaces affect competition in Australia and their relationships with third-party sellers and consumers.

Pricing practices, use of data, terms and conditions imposed on third-party sellers and the impacts on competition when the market itself operates as a seller on the platform will all be probed, along with the ability of customers to leave and read reviews, how complaints are handled and how customer data is collected and used.

Pricing practices, use of data, terms and conditions imposed on third-party sellers will be probed…

Australians, like their consumer counterparts around the world, have embraced online shopping, with Covid lockdowns further driving uptake. Online purchases grew 57 percent in 2020 year on year, with Australian’s spending a record AU$50.5 billion online in 2020 – up from $27.5 billion a year before.

And the marketplaces are reaping the returns: It’s estimated that the largest marketplaces in Australia are used by more than 12 million Australian’s every month to shop and/or sell product.

Ebay, an early entry into the local market, opening in 1999, reported gross sales of $6.5 billion in 2020, with more than 12 million Australians reportedly using the marketplace, which only facilitates transactions between third party sellers and consumers, rather than selling its own goods. Amazon, which entered the market in late 2017, racked up gross sales of $2.6 billion in 2020.

Catch.com.au, part of the Wesfarmers group, logged gross sales of $610 million in the six months to December 2020 and claims its gaining 30,000 new customers a week and sending 20,000 orders a day.

Kogan, which has been on the receiving end of multiple fines from the ACCC for its trading practices, launched in 2006 with its Kogan Marketplace following in 2019, enabling third party sellers to list goods for sale. It had gross sales of $1.1 billion in 2021.

ACCC chair Rod Sims notes that the marketplaces offer many benefits for consumers who can shop for a range of products in one place, and for sellers who may be able to contract out services such as warehousing, packing and shipping to the marketplaces.

“But we would expect the marketplace to operate fairly for businesses and consumers alike and comply with consumer laws and competition laws,” he adds.

“We want to be sure that the rules that apply to traditional retail are also complied with in the online context. We are keen to hear about the experiences of Australians, both consumers and businesses.”

Globally regulators have been cracking down on online retail marketplaces, with the US, Germany and the European Union regulators all having undertaken investigations or commenced proceedings regarding Amazon’s use of market power, and its effect on third-party sellers and consumers. In all three regions, Amazon is an established leading marketplace.

In the US the Attorney-General for the District of Columbia began proceedings against Amazon in May, alleging Amazon is limiting prominence of products listed on any other sites at a lower price than it is offered on Amazon.

The European Commission is also looking to take Amazon on with proceedings against the giant alleging it is using information from smaller retailers to unfairly compete with those retailers. Amazon’s ‘buy box’, and the process used to choose which retailer gets top billing in the all-important premium placement, is also under scrutiny.

Amazon, for its part, has, unsurprisingly, disputed the allegations.

“The ACCC notes that these market participants may be examined in future reports.”

Consultation is open until August 19, with a report due to be submitted to the Treasurer by the end of March 2022.

The report will be the fourth under the digital platform services enquiry banner. Its third report, into choice screens for search services and web browsers is due to the Treasurer by the end of September.