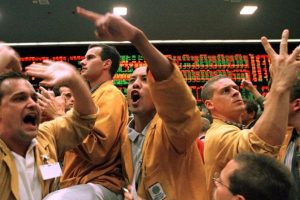 Big-tech targets the next big thing in AI…

The tech titans are splashing the cash when it comes to the industry’s latest fancy, AI, with Apple, Google, Microsoft, Facebook and Amazon gobbling up startups at a record pace.

CB Insights says the pace of artificial intelligence startup acquisitions – which have been hot to trot for several years, with a 6x uptick from 2013 to 2018 – is only accelerating. With more than 140 acquisitions recorded in the first eight months of this year, 2019 is on track to smash last year’s record of 166 acquisitions.

The figures highlight the demand to boost existing capabilities and source scarce talent, presumably without having to train up new talent – and the whims and fancies of the tech sector keen to capitalise on the current golden child.

So what insight does CB Insight’s new report offer us?

And the findings? Well, acquiring AI startups is certainly hot, not just among the big tech behemoths of Apple, Google, Microsoft, Facebook and Amazon, who are leading the charge in acquisition numbers, but also among more traditional businesses including insurance, retail and healthcare.

“AI is more profound than electricity or fire.”

Apple kicked off its AI buying spree back in 2010 when it nabbed Siri. Since then its snapped up a multitude of companies for their AI technology and talent, including Silk Labs and Asaii in 2018 and Spektral and Regains in 2017. Earlier this year it acquired Laserlike (founded by former Google executives) and Drive.ai.

And it’s not just companies Apple has been snapping up: It poached Google search and AI chief John Giannandrea last year, quickly promoting him to an executive role as senior vice president of machine learning and artificial intelligence strategy.

Google, meanwhile, has made no secret of its belief that AI is critical for the company – and, according to CEO Sundar Pichai at least, the world at large. He’s previously said AI is more profound than electricity or fire.

Microsoft too, is pouring money into AI as is Facebook, which snapped up eight AI startups, (the same number as Intel) including visual shopping and AI startup GrokStyle earlier this year and personalised image search engine, Dreambit last November.

Facebook’s eight has since increased, with the company snapping up Servicefriend, which builds chatbots, last month.

Amazon, which has long used the technology to fuel its retail business and its cloud offering, has bought up seven companies according to the CB Insights report.

But AI startups are acquisition targets not only for the big tech companies, but also for traditional insurance, retail and healthcare incumbents, CBinsights notes.

One of the biggest AI M&A deals was Roche Holding’s February 2018 acquisition of New York cancer startup Flatiron Health for US$1.9 billion.

And the focus of the AI companies acquired? According to CB Insights, retail and consumer packaged goods topped the list with 67 acquisitions since 2010.

When it comes to cross-industry applications, it’s speech, natural language processing and computer vision which has seen the highest number of deals, at 66.

To be fair, acquisitions are par for the course for most of the big companies. In May Apple surpassed 100 M&A transactions since 1996, when it acquired NeXT Computer for US$400 million. Its largest deal to date was the US$3 billion purchase of Beats Electronics back in 2014. Add that to the other nine top deals and you’ve got a $6 billion spending tag.

Of course, whether the AI acquisitions binge translates to the buyers using their acquired talents to their full potential remains to be seen.