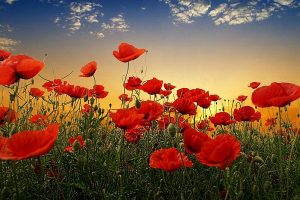 New campaign offers Kiwis the opportunity to display a virtual poppy on their social media profiles, lest we forget…

Made famous by Lieutenant Colonel John McCrae in his poem ‘In Flanders fields’, the red poppy has been a symbol of remembrance for the lives lost on the battlefield since the time of the Great War (1914-1918). This year, as we commemorate the 100th anniversary of the landing at Anzac Cove in Gallipoli, the poppy has been given a digital upgrade in the hope of reaching out to a younger generation.

The Pin A Poppy Appeal, which is being run by the New Zealand Herald publisher NZME., allows participants to make a donation to the RSA’s annual poppy appeal and in return display a virtual poppy on their social media profiles and download it to computers and devices.

NZME. chief executive Jane Hasting explained in an article that appeared in The New Zealand Herald last Friday: “Through our digital reach, NZME. believes that we can help attract a wider, younger audience, including Kiwis living abroad, to participate in the Poppy Appeal.
“In the same way that people can show their support and wear a poppy badge, we want to allow Kiwis to donate online or via text and showcase their support on social media, in turn encouraging more people to donate to the worthy cause.”

iStart gives a thumbs up ‘like’ to the campaign, and also thought it poignant to share a modern-day ANZAC poem by Paul Hunter, which has already been shared by thousands on Facebook. One hundred years after John McCrae wrote began his poem with the immortal words ‘In Flanders fields the poppies blow. Between the crosses, row on row,’ this new offering describes the meaning that the poppy has taken on today:

I am a loving memory,
Of a father or a son,
A permanent reminder
Of each and every one.

I’m paper or enamel
I’m old or shining new,
I’m a way of saying thank you,
To every one of you.

I am a simple poppy
A Reminder to you all,
That courage faith and honour,
Will stand where heroes fall.
– Paul Hunter, 2014 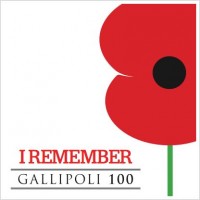