News > Are we too reliant on tech?

Are we too reliant on tech? 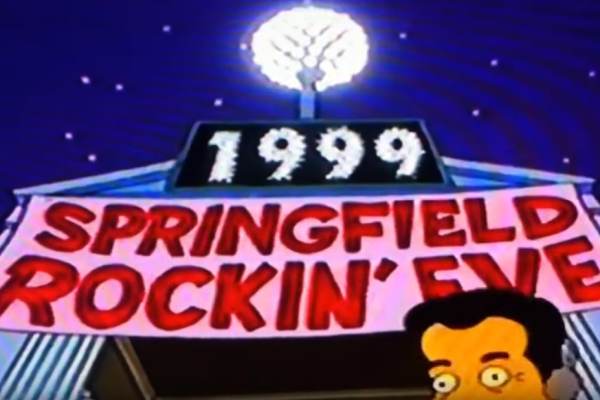 As April 6 and a supposed GPS meltdown looms, is it time to rethink our reliance on tech?…

Instead of partying like it was 1999, many spent the last days of the previous millennium worrying about the Y2K bug. The panic, best summed up by The Simpsons, was averted by a massive effort by the IT community leading up to the fateful date.

Now, it turns out that a similar bug is about to strike GPS systems, in just 20 or so days.

On April 6, equipment using older GPS technology (and the emphasis here is on ‘older’ – if devices have been getting regular updates, they should be OK) could get hit with what experts are calling a “Week Number Rollover” issue. They say that this could reset GPS receivers, possibly corrupting location data. Given how reliant humanity has become on the global positioning system, the potential for trouble, for those using the old devices, looks significant.

As outages become a part of our daily lives, it is becoming abundantly clear that more and more of our lives are becoming dependent on vast and unknowable server networks.

Older GPS receivers count weeks using a 10-bit field that maxes out at 1024 weeks, or 19.7 years. These 19.7-year periods are called epochs. The first epoch kicked off when GPS launched in early 1980. On August 21, 1999 GPS receivers reset back to zero. While there was no noticeable disruption, experts say that this was because GPS was not widely used. Next date? April 6, 2019.

Now cybersecurity experts are saying that sheer penetration of GPS in our society could result in the April 6 epoch reset leading to disruptions. In an interview last week, vice president of cybersecurity firm Trend Micro, Bill Malik, went as far as to say he wouldn’t risk flying on April 6, when the week count resets.

For many, a more imminent fear of flying stems from Boeing’s recent failures on its now grounded 737 MAX where it appears faulty sensors have contributed to two of the planes falling from the sky.

The question is have we reached a point where we are putting too much trust in technology?

Another potent illustration of this happened in mid-2017 when a particularly ugly tech wreck reared its head. After a power surge at its Heathrow data centre, British Airways’ IT system fell over, leaving tens of thousands of passengers and their baggage stranded. Part of the problem with this outage was the sheer level of inter-dependency. The power spike caused a chain reaction which took out BA’s entire computer systems. It took 48 hours to restore systems so the airline could recommence flights.

Critics argued that BA should have had (and tested) a backup system and a disaster recovery plan. IT staff and their unions blamed cost-cutting at the airline and outsourcing to India.

Perhaps a less severe but still frustrating example was the recent outage that rendered Gmail, Google Drive and other Google services inoperable around the world, which rippled to (clearly mission critical) Instagram, and coincided with an outage at similarly mission critical Facebook.

Thousands of irate users globally lodged outage reports and complaints ranging from not being able to use Google Docs through to email outages that affected business operations.

Our lives are becoming dependent on vast and unknowable server networks, much of which is often hosted in data centres outside of New Zealand, owned and operated by mega corporations such as Amazon and Microsoft.

The creep of computerisation has seen tech becoming an essential part of virtually all industries as digital technologies such as data analytics, automated logistics and databases help transform industry to become significantly more efficient. Tech has made much of our lives better in many ways. Tedious, complicated and time-consuming chores such as booking flights or banking have become ever more easier, to the greater good of society.

However, with this ease comes a dark side. Humanity is beginning to realise how helpless it is when technology fails.

In the UK, doctors found their computers frozen thanks to a ransomware attack that saw them turning patients away. In the recent Christchurch mosque attacks, ISPs and social media networks watched helplessly as horrific live video footage proliferated faster than networks could detect and remove it.

According to the recent Global Navigation Space Systems: Reliance and Vulnerabilities report from the royal academy of engineering, our over-reliance on GPS technologies could see us particularly exposed to GPS outages.

“Society may already be dangerously over-reliant on satellite radio navigation systems like GPS [given that the] range of applications using the technology is now so broad that, without adequate independent backup, signal failure or interference could potentially affect safety systems and other critical parts of the economy,” the report warns.

Nowadays GPS is a technology that is part and parcel of many industries ranging from air travel through to emergency services, utilities, financial systems and supply chains.

“The effects would be more widespread (this time) because so many more systems have integrated GPS into their operations…Ports load and unload containers automatically, using GPS to guide the cranes … Public-safety systems incorporate GPS systems, as do traffic-monitoring systems for bridges. Twenty years ago, these links were primitive. Now they are embedded. So, any impact now will be substantially greater,” says Malik.

So, just how seriously are governments taking the week rollover issue? The US Department of Homeland Security issued a memo which says GPS receivers running the latest IS-GPS-200 standard and connected to UTC shouldn’t be adversely affected. They were followed by the New Zealand Measurement Standards Laboratory and the Australian Signals Directorate who both released explainers, recommending that businesses contact GPS equipment manufacturers.

Consumer GPS navigation hardware maker, TomTom says they have already deployed a firmware fix, saying that “if you frequently update your device there’s no need to worry”.

Unless installed systems are connected to a network, as is the case for many automobile and marine systems, those updates will not have happened.