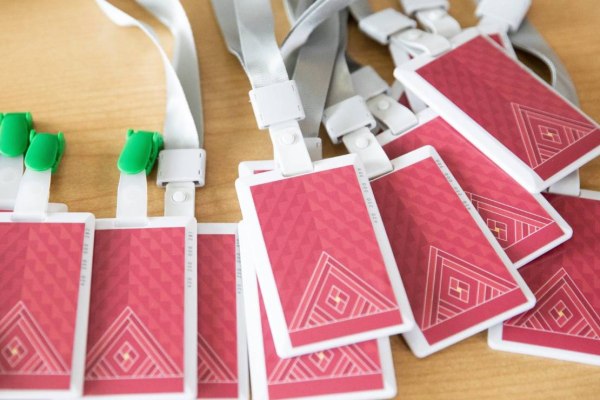 Is an Aussie card on its way for Kiwis?…

A report detailing the results of local Bluetooth contact tracing card trials will be put in front of New Zealand Minister’s early next month, with the card provider saying it can roll out ‘large numbers’ of the cards within two weeks of getting the go ahead.

The solution – from Australia’s Contact Harald, not the much touted New Zealand-based CovidCard – was trialled with 1,270 people in Ngongotahā late last year, as well as in a separate trial, run through the Ministry of Business, Innovation and Enterprise (MBIE) at managed isolation and quarantine (MIQ) facilities.

A Ministry of Health spokesperson told iStart that the results of the Ngongotahā trial are currently being collated and assessed and will allow the Ministry ‘to understand how well the cards performed in a real-world scenario, in what way they could improve the contact tracing system, and whether people will accept and use them’.

“We are just working with the government on interoperability and making sure key requirements are met.”

“A report on the results will be going to Ministers early next month and next steps determined following the report,” the spokesperson says. 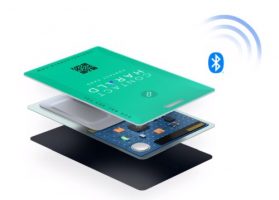 Matt Denton, Contact Harald co-founder and head of product, told iStart the company, which has been working in Bluetooth tracing for around 10 years, is currently ‘working through the finer details of interoperability’ between the card and the Ministry of Health’s NZCovidTracer app.

“There is a bridge between the two solutions. We are just working with the government and making sure key requirements are met,” Denton says.

Bluetooth cards have long been touted as an option for those who didn’t want to use a smartphone app or who don’t have a smartphone – or indeed an option for tracing for the entire population. A local option, CovidCard, developed by Dean Armstrong and backed by Trade Me founder Sam Morgan and Animation Research Ian Taylor was highly publicised last year. Morgan later pulled out, frustrated by what he said was inaction and a lack of commitment – and even active resistance – from the MoH to the card.

Denton says Contact Harald was approached by the MoH in mid-April – around the time they first started looking at CovidCard – though the Ministry later went quiet, before re-engaging with Contact Harald later in the year.

The subsequent trials, he says, were ‘a huge success from both a technology and community engagement perspective’, he says. The Ministry of Health, while less effusive, agrees the community trial was successful.

“The community trial of the Bluetooth cards has been successful, with the insights we’ve gained into how people use the cards as well as a better understanding of how the card technology can support contact tracing,” says Shayne Hunter, Ministry of Health deputy director-general of data and digital.

“Bluetooth cards have the potential to help contact tracing go faster as one of a number of technology solutions alongside the Government’s contact tracing app, although it is clear that interoperability is key to ensuring effectiveness.

“A key benefit of the cards, along with other wearable technologies, is that they could allow people who don’t have smartphones to protect themselves and their communities.”

The Contact Harald wearable card records and stores interactions lasting more than two minutes and occurring within a 1.5 metre radius and is designed to ensure quick tracing of those potentially affected by a  suspected or confirmed Covid case, potentially reducing the need for wider lockdowns. Denton says no personal information is stored on the card, data s encrypted and the cards can’t be tracked.

While CovidCard had a battery life of around a year, Denton says the Contact Harald card lasts six months – though that can be extended by recording contact events less frequently than the default two minutes.

Denton wouldn’t reveal costs for the system, saying that’s dependent on volume, however he says cost per unit would be ‘a lot less’ than the $100 million figure cited for five million CovidCards.

He says the cards are just one part of the solution and would supplement the existing NZCovidTracer app and manual contact tracing.

“It’s about having a holistic approach to contact tracing and combining all the pieces so you can get the best coverage as needed. Technology fills the gaps where a person’s memory is not totally clear or where they can’t remember where they were on a certain day, particularly where its pre-symptomatic or asymptomatic.

“And this type of solution [Bluetooth] is particularly good for when you’ve been in contact with people you don’t know,” he notes.

Contact Harald’s offering is already in use by organisations in nine countries, with ‘hundreds of millions of records’ being created each day across its customer base. Those customers include some of Australia’s largest companies, global Fortune 100 companies, and government departments from a range of industries including film, mining, manufacturing and ‘very, very large construction companies’ as well as government departments, schools and universities.

More than 10 months on from the first talk of contact tracing cards, Denton says he believes the government is serious about a Bluetooth rollout.

“I don’t know the precise timing, – that’s dependent on a range of different factors, but from early indications they are looking at this as a whole solution and the contact tracing cards will fill the gap [where the app isn’t an option].”

But, with the last Covid community cases a distant memory for many Kiwis, the question remains as to how willing New Zealanders will be to take up the offering. Numbers of sign-ins using the CovidTracer QR codes drop off significantly with passing time from community outbreaks. Ministry of Health director general Ashley Bloomfield was forced to reiterate several times in recent months the need to continue checking in.

That’s a message Denton is hoping is sticking with people.

“Particularly with the vaccine coming into play a lot of people are thinking everything is going to get back to normal, problem solved. We’re not sure about that. It’s going to take some time and we’re going to have a mixed environment.

“As businesses start to get back to normal, as we start to open up our borders, as there’re more potential areas for a recurrence, [a contact tracing card] is a bit of an insurance policy to make sure that if something does happen you’ve got the tools at hand to be able to react appropriately.

“And the technology is now more mature, there is more sophistication in what we can offer and better price points.”