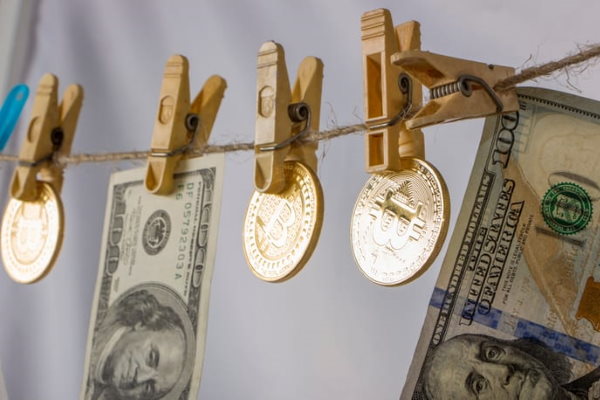 The European Commission has set its sights on ending crypto anonymity in the name of strengthened anti-money laundering and countering terrorism financing.

It would see companies transferring cryptocurrencies required to collect personal details of the customers, including the sender’s name, address and date of birth and the name of the receiver – something that already applies to transfers of ‘real’ money.

“We are taking bold steps to close the door on money laundering and stop criminals from lining their pockets.”

It was revealed in May that cryptocurrency travel rule legislation could be heading Australia’s way, with financial intelligence agency Austrac looking at the issue.

Replying to a question at the Senate Estimates hearing in May, Austrac CEO Nicole Rose said the introduction of the travel rule would help identify and prosecute ransomware operators and cyber criminals.

“It’s a policy issue for the department, but we can absolutely see the benefits to the development of intelligence,” Rose said. “The department is looking at a number of legislative changes to keep up with technological advancements in this space.”

In New Zealand, where a June report from the Finance Services Council of New Zealand found that 9.5 percent of Kiwis have invested, or are investing, in cryptocurrencies (up from 3.1 percent a year earlier), the issue is also being considered as part of a statutory review of the AML/CFT Act. The Reserve Bank is also beginning consultation on a range of currency system topics, including crypto assets.

Grainger says despite its reputation, cryptocurrency ‘is already incredibly transparent’.

“All transactions are publicly visible and can be traced. However, the global nature of cryptocurrency networks and the existence of unregulated players creates some loop-holes, which global regulations would seek to close down,” Grainger told iStart.

However, she says one concern is a lack of understanding from governments of what cryptocurrency is and how it works.

“The risk is that lack of understanding from governments could lead to regulations being passed which are either impossible to comply with or unnecessarily detrimental for the industry.

The European Commission, for its part, believes it’s got the balance right. While the proposed rules will put the onus on the service provider to ensure all information is provided, the Commission says the rules will have been designed to find the right balance between addressing the threats and implying with international standards while not creating excessive regulatory burden on the industry.

“On the contrary, these proposals will help the EU crypto-asset industry develop as it will benefit from an updated, harmonised legal framework across the EU,” the Commission says.

Similar legislation has come into play in the US requiring exchanges to report users’ personal information – albeit only if they make more than $10,000 in transactions in a day. They’re also laying the groundwork for regulating stablecoins, which peg their value to an existing fiat currency.

“Given that virtual assets transfers are subject to similar money laundering and terrorist financing risks as wire funds transfers… it therefore appears logical to use the same legislative instrument to address these common issues,” the European Commission notes in its proposal.

The amendments to existing AML rules would ensure full traceability of crypto-asset transfers, such as bitcoin in a move the Commission says would allow for prevention and detection of their possible use for money laundering or terrorism financing.

“The scale of the problem cannot be underestimated and the loopholes that criminals can exploit need to be closed.

“Today’s package significantly ramps up our efforts to stop dirty money being washed through the financial system.”

“Every fresh money laundering scandal is one scandal too many – and a wake-up call that our work to close the gaps in our financial system is not yet done,” says executive vice president Valdis Dombrovskis.

“We have made huge strides in recent years and our EU AML rules are now among the toughest in the world. But they now need to be applied consistently and closely supervised to make sure they really bite. This is why we are today taking these bold steps to close the door on money laundering and stop criminals from lining their pockets with ill-gotten gains.”

Digital currencies are facing contrasting fortunes around the world, with increasing legislative pressure from some countries contrasted with more acceptance from others. El Salvador recently passed legislation to make Bitcoin legal tender, while crypto payments are becoming increasingly common on payment providers including PayPal and Visa. Visa recently reported that more than $1 billion was spent on crypto-linked Visa cards in the first half of 2021.

But on the flip side, this year has seen China intensifying a crackdown on bitcoin mining and trading in the country, taking action against miners and imposing curbs on crypto services and trading.

BTTCChina, once China’s largest cryptocurrency exchange, exited the bitcoin market in June, followed by at least two other exchanges closing their Beijing subsidiaries.

Malaysian authorities also this week took a very public step to stamp out crypto-mining by crushing 1,069 bitcoin mining rigs under a steam roller, after owners by-passed switchboards to steal the electricity needed to run the equipment.

The EU proposals will need to be passed by the European Parliament and wouldn’t come into effect until 2024 – giving plenty of time for money launderers to find a new method.