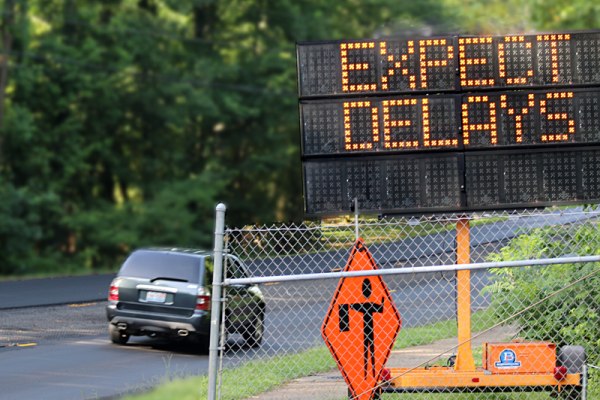 If you have a hybrid workforce or business automation project underway, tread carefully, with IDC reporting that one-third of such projects will be delayed or fail outright in the coming three years.

It’s a somewhat alarming figure, as companies rush to embrace automation, but it is actually lower than the historical average failure rate on IT projects. The Standish Group’s Chaos Report last year found that just 16 percent of IT projects were successful, with successful projects defined as those having been completed on time and on-budget, with all the promised functionality. The report found the majority of projects – nearly 53 percent – were over cost, over time and/or lacked some of the promised functionality. A full 31 percent were deemed utter failures – up dramatically from the previous years ‘utter failure rate of 19 percent.

“The largest changes are the ones that are more likely to last and deliver the greatest benefits longer term.”

As to the reason for the hybrid workforce – with the blending of intelligent automation ‘robots’ and human workers –or business automation failures, IDC notes underinvestment in building IT/Sec/DevOps teams with the right tools and skills as a key contributor.

The figures are included in IDC’s FutureScape: IT Industry 2021 Predictions for both Australia and New Zealand.

It’s a topic Ports of Auckland may well be au fait with: A failed automation project at the port was reportedly at least partly to blame for major snarl-ups there in recent months.

Back in August 2020, IDC was forecasting big things for automation across Australia and New Zealand, saying it would be a lever to help companies shift from crisis mode to recovery mode and flatten the curve.

Half of Australian and Kiwi businesses said there would be more demand for robotic process automation solutions, such as solutions for network automation, payroll processes, data manipulation and fraud detection, last year.

The two countries were already ahead of the curve when it came to RPA adoption, with around half of the undoubtedly very small number of businesses who were planning or had begun deploying RPA solutions having already reached mid-stage or enterprise-wide adoption prior to the Covid-19 pandemic.

Automation platforms are also listed as one of the key trends for Australia and New Zealand this year. IDC New Zealand say by 2023, an emerging cloud ecosystem for extending resource control and real-time analytics will be the underlying platform for all IT and business automation initiatives anywhere and everywhere.

Louise Francis, IDC NZ country manager, says this year will see decision makers in New Zealand concentrating on filling the gaps exposed in digital transformation, focusing on cloud-centric infrastructure, hybrid by design workforces and ‘operating models that flourish beyond the perimeter of the organisation’.

“The mantra of business and digital resiliency will be amplified in 2021 as organisations prepare to respond to continued uncertainly and disruption throughout the year,” Francis says.

“Throughout this period, it is essential that businesses understand how the IT landscape is morphing. This understanding includes where to start, how to create an innovative mindset, and how to effectively manage and implement the changes required to enable responsiveness during times of ambiguity and change.”

Across the ditch in Australia, it’s a similar story, with Ralhan saying Australian companies will be solidifying gains made during the height of the pandemic.

“While the level of digital maturity will largely determine agenda, a strategic push to shore up digital resilience is at the forefront across industries. Hybrid working models, innovation at scale, training and addressing skill shortages, reallocating resources, and building up digital elasticity are key areas that Australian organisations will be focusing on to ensure they are ready for the new normal,” Ralhan says.

As to the rest of the trends, IDC is forecasting:

Edge acceleration: Through 2023, reactions to changed workforce and operations practices during the pandemic will be the dominant accelerators for 75 percent of Kiwi and 80 percent of Australian edge-driven investments and business model changes in most industries.

Hybrid by design with two-thirds of NZX companies and 80 percent of Australian companies will commit to providing technical parity to a workforce that is hybrid by design, rather than by circumstance, enabling them to work together separately and in real time.

Remediate technical debt: Through 2022, coping with technical debt accumulated during the pandemic will shadow 50 percent of CIOs, causing financial stress, inertial drag on IT agility, and ‘forced march’ migrations to the cloud.

Digital resiliency: In 2022, enterprises focused on digital resiliency will adapt to disruption and extend services to respond to new conditions 50 percent faster than ones fixated on restoring existing business/IT resiliency levels.

Opportunistic AI extension: By 2023, driven by the goal to embed intelligence in products and services, one in 10 NZX companies will acquire at least one AI software start-up to ensure ownership of differentiated skills and IP. In Australia, enterprises focused on digital resiliency wll adapt to disruption and extend services to respond to new conditions 50 percent faster than ones fixated on.

ICT ecosystem: 65 percent of New Zealand enterprises will overhaul relationships with suppliers, providers and partners by 2025 to better execute digital strategies for ubiquitous deployment of resources and for autonomous IT operations. It’s also flagged as a key trend for Australia.

ICT joins the circular economy, with 85 percent of NZX and ASX companies mandating reusable materials in IT hardware supply chains by 2025 and carbon neutrality targets for providers facilities, and lower energy use as prerequisites for doing business.

“The levelling up of lagging technology systems and processes has been the silver lining for many organisations in 2020,” says Ralhan. “Forward thinking organisations and those looking to cement their competitive advantage will continue on the path of reconfiguring, and often reimagining, business models to better meet market needs and demands with technology underpinning offerings and operations.

“It is also important to note that the largest changes made by organisations, including cultural shifts and digital buy-in, are the ones that are more likely to last and deliver the greatest benefits longer term.”