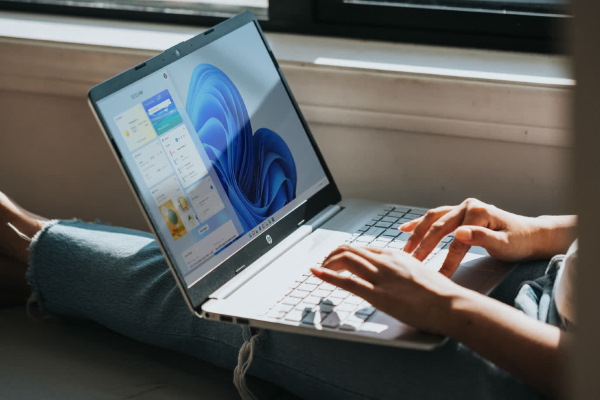 But be aware, plan and test for the new OS…

He’s actively encouraging businesses to go slow on the move to the new operating system – even with its hyped security features – saying Windows 11 is, at its most fundamental level, a relatively minor update which could easily have been just another Windows 10 feature update.

Gartner is predicting that by early 2023, less than 10 percent of new enterprise PCs will be deployed with Windows 11.

Speaking to iStart this week, Kleynhans says the new name is a marketing ploy to drive buzz for the consumer market, something he says has been lacking since Microsoft opted to discontinue regular big operating upgrades with Windows 10’s launch six years ago.

“It meant that PCs sold into the consumer market lost one of those big marketing events that they would always build around and there was no way to stir up a lot of interest,” Kleynhans says.

“By changing the name to Windows 11, it creates that moment when vendors can say here’s an all new and improved operating system.”

All new? Well, not so much.

“For existing machines it is functionally the same operating system as Windows 10 under the covers,” Kleynhans says.

For businesses, that’s a good thing – it’s the reason its compatible with existing systems. You won’t have to change management infrastructure or make any drastic changes.

“The message to business is that this isn’t a huge change. It isn’t something you need to spend a lot of money on or mount a huge project for.

“This is just something you have to be aware of, plan for and test for.”

In fact, when asked if there are any businesses that should consider moving now to Windows 11, Kleynhans’ response is a hard ‘no’.

“Right now, Windows 11 is primarily a facelift of the operating system. It has a new user interface, the tiles are gone replaced by icons like you have on your phone, and it’s a little more consistent in the way it operates.

“But under the covers it is pretty much all Windows 10 code.”

That user interface change is one reason Kleynhans is cautioning care, noting Microsoft ‘doesn’t have a stellar track record of getting big changes to the user experience right first time’.

While he believes the changes in Windows 11 are good and ones most people will like, he notes there are some ‘rough edges’ and areas he says it’s obvious Microsoft will be fixing and adjusting.

The user interface might be the most significant, and obvious, change, but there are two other changes Kleynhans believes are significant for businesses.

The first – one he believes many won’t notice – is the update cadence.

When Windows 10 first came out Microsoft was pushing three major updates a year, with smaller monthly updates. That quickly became two big updates a year. “Now they’ve even stepped back from that and said one update a year, that’s what everyone wants and feels they can consume – one big annual update and monthly security and quality fixes.

“That’s really important for enterprises because it takes some of the pressure off. Accompanying that is that they have extended the length of time they are going to support the various versions so that gives you a little more comfort.”

The third change is the move to prepare for a future that will be more secure at an inherent level, Kleynhans says.

Much was made when Windows 11 details first became public about the need for more modern hardware on which to run the operating system. It won’t run on machines older than 2018, and it requires machines with a TPM (trusted platform module).

“With Windows 11 Microsoft is putting a stake in the ground and saying they are designing an operating system that expects to have secure hardware underneath it and can leverage that secure hardware.”

While many of the hardware features aren’t yet turned on, they will be over time, along with ones we haven’t even seen yet, says Kleynhans, to create a more secure stack from the top all the way to the bottom.

With Windows 11, Microsoft has however turned on the ability to do virtualisation-based security, enabling things to be run inside a virtual container so any issues don’t take down an entire machine or if something nefarious happens, it can’t find its way into the machine.

“That’s important because you can’t do that in a performant way unless the hardware has the enablements for dealing with virtualisation and those are all turned on.”

New features for dealing with stack overflows, buffer overruns and speculative execution exploits like the Spectre and Meltdown exploits, are also expected, he says.

The path to Windows 11
But while Kleynhans doesn’t think businesses need to rush into Windows 11, he says there are several things they need to be doing now to prepare.

First up is taking stock of the current environment and building a modernisation plan to get rid of the oldest machines, refreshing and updating machines over time.

Now’s also the time for modernising processes and moving to a modern management approach leveraging cloud-based delivery and zero trust networking, and all the new ways of managing and securing the environment, he says.

And third is to refine and get ‘really good’ at the processes associated with updating Windows.

“There are certain processes you need to put into place to update the operating system both monthly for the security fixes and once a year for the big feature updates.

“Get really good at productionising that and doing it well, and if you are really good at doing that, Windows 11 is just going to flow in as another one of those updates. You’re not going to have to do a whole lot of work,” he says.

So when does Kleynhans think Australian and New Zealand businesses should be upgrading to Windows 11?

“For most organisations they will probably spend 2022 doing a few tests, some pilots and will have a few people who will be trying it out,” he says. “There will be some new machines coming out later in the year that might benefit from Windows 11 and you might roll out a few of those. And then when the first update comes out next year, October, November or whenever it ships, that’s when people will get serious.

“Then companies will first start moving with new machines in the first half of 2023, and then in the later half of 2023 and into early 2024 is when they will start updating their exisiting machines.”