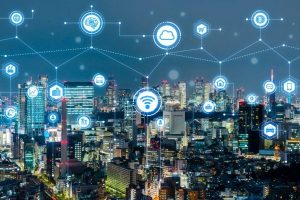 Proof of concept is just the start…

It’s a tale of two countries when it comes to IoT across Australia and New Zealand, with new reports from IDC showing 46.5 percent of Australia’s large commercial enterprises have deployed IoT systems, with NZ trailing with around 30 percent of enterprises having at least one IoT deployment.

The newly released 2018-2019 Global IoT Decision Maker Survey shows both companies in both countries are grappling with many of the same issues when it comes to IoT, particularly around security and costs.

Monica Collier, IDC’s A/NZ practice research manager, told iStart that in both countries much of the IoT being deployed by large commercial enterprises are cross vertical solutions such as smart building devices for connected lighting, heating, ventilation and air conditioning.

“Management buy-in of the overall purpose or value of the solution was a challenge.”

Australia, however, is embracing remote asset management, such as vehicle tracking and monitoring, more than Kiwis.

“Usually New Zealand leads the way in terms of early adopters, but I think the early adopters have adopted and we’re moving into the early majority and the Australian’s have caught up in that respect.”

She says company size, and the need companies have to use IoT to crack cost efficiencies may be playing a role.

“You’ve got bigger companies in Australia, perhaps bigger budgets and a bigger return on investment, so they’re perhaps finding it easier to justify the business case to deploy IoT.”

Physical security solutions, such as digital video surveillance and connected locks, are also high on the deployment list.

Collier says the focus on cross-vertical offerings may be because businesses can see an obvious return on investment in those areas, or that end user and vendors haven’t yet built the domain expertise in particular industries to provide good industry specific solutions.

Both markets are reporting security and cost barriers as top concerns, something that mirrors global markets.

“IoT opens up a bunch of new security challenges particularly around endpoint security,” Collier says. “And cost is always the big thing, and it’s not just around the direct cost of an IoT deployment, it’s also realising once you have done a proof of concept that you might have broader infrastructure upgrades that you need to do in order to scale the deployment.”

In New Zealand of those companies with active IoT pilot projects, 75 percent are planning on expanding their trial systems into full scale solutions, but can’t easily do that until security concerns are addressed and infrastructure barriers removed, Collier says.

Getting management buy-in is proving an issue for many Australian companies, she says.

“Both Australia and New Zealand have similar challenges when it comes to IoT,” she says.

“But Australian end-users also mentioned management buy-in of the overall purpose or value of the solution was a challenge.

“That’s interesting given Australia is more mature and have more deployments, but they’re still saying that sometimes they’re having trouble getting management buy-in. That might be less around budgets and money and more about getting engagement at management level.”

With that in mind, Collier is cautioning companies to look for case studies on deployments similar to their own plans in order to avoid surprises, particularly around how businesses scale up their proof of concept into a full solution.

“Partner well with a good vendor who can provide real life case studies and talk you through the challenges you might face when wanting to scale-up so you can more easily overcome issues,” she says.

However, finding vendor partners may be easier said than done, with one big surprise from the report being a lack of engagement by vendors with potential customers.

“We asked end user organisations how many contacts they had had from IoT vendors throughout the year and the majority said no one is talking to them about IoT across the ecosystem,” Collier says.

“That’s very, very surprising. If you want to sell something to someone you have to get in there and talk to them, and the end users want to be hearing about this stuff, but aren’t.

I don’t know what the disconnect is there, but it’s a good opportunity for vendors.”