IT roles: Easier, but more complex 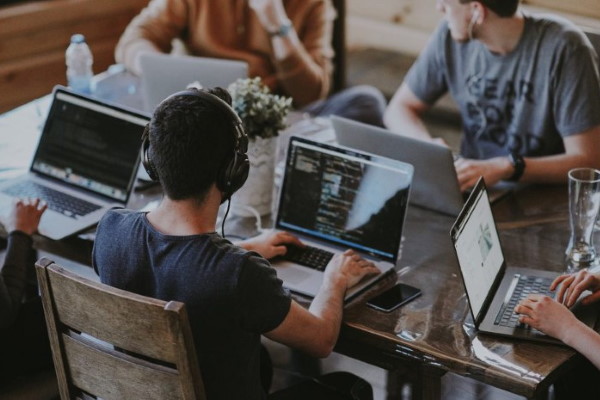 While much has been made about the changes the decentralisation of IT is bringing for IT teams, little of it has been overly positive.

But a new report suggests there are benefits to the increasing trend of lines of business taking control of IT – and that the future for the IT function itself is looking pretty rosy, if extremely busy.

58 percent admit wasting US$1 million to $10 million on the wrong IT solutions.

IT’s Secret Weapon to Win the Future, a report based on a global survey from iResearch, commissioned by Pegasystems, says thanks to rapid innovation and automation, there’s a sea change coming for IT professionals. It says the IT function will look very different in coming years, with a period of ‘radical transformation’ ahead.

The report finds IT is adding greater value as a result of decentralisation. With investments in technologies such as low-code and intelligent automation making it more realistic and easier for people outside the IT department to carry out some traditionally IT tasks, IT teams seem happy to capitalise. Sixty-eight percent of IT business leaders said they have been able to disperse responsibility to other functions, with 54 percent decentralising responsibility by delegating it downward.

That, combined with new technologies such as intelligent automation and data analytics, is freeing IT workers up to ditch the busy work and be more creative – something 74 percent of respondents noted. Also on the up, the ability to cooperate more with other departments (71 percent) and spend less time on administrative tasks (71 percent).

That’s creating a world where IT executives are becoming even more valued, gaining power as digital innovation becomes increasingly critical to the bottom line over other functions.

For Australians, however, it’s a slightly different story, with just 44 percent of Australian respondents feeling technology would help them add value by freeing up their time.

As organisations progress on their digital transformation, they will focus less on IT management or digital migration and more on adding strategic value to operations with technology – something that requires a different skill set to succeed. Australian respondents were particularly ebullient about digital transformation, with 73 percent saying it will make their job easier in future. Only France, at 80 percent, recorded higher.

That’s likely a reflection on the more advanced state of digital transformation in France, Australia and the US, which logged 72 percent confidence.

But it’s a world where IT workers will need to evolve from doers to more strategic thinkers, with more than a third of survey respondents noting people skills will be increasingly important, 37 percent saying skills such as problem solving will become key and 35 percent highlighting emotional and social skills.

But while tech might relieve IT professionals of a lot of the routine admin work they currently do by ensuring less re-coding, re-doing and re-architecting, workloads are set to increase ‘significantly’.

Sixty-seven percent of respondents felt their work load was set to increase.

And there’s another big bugbear with IT leaders reporting a lack of confidence in their own departments: 51 percent are uncertain their IT teams can enact positive change over the next five years. For 17 percent that confidence is particularly low – either no confidence or ‘significant’ doubts.

Those worries are compounded by poor technology choices with 58 percent admitting they’ve wasted between US$1 million and $10 million over the last five years on the wrong IT solutions. Just 12 percent said all of their IT investments have paid off over the past five years.

Despite the wasteful spend, 29 percent say IT risks being underfunded unless budgets along with IT roles themselves are decentralised and integrated into other departments.

“Expect to see more decentralised and distributed IT management structures, along with shifting job descriptions,” the report says.

“The many anticipated positives for IT professionals are dependent on their willingness to learn, reskill and adapt.

“IT executives who succeed in the future will be those who have a deep understanding of their industry and how tech can help business operations.”