News > Kiwibank CIO on beating IT bureaucracy, and that SAP project

Kiwibank CIO on beating IT bureaucracy, and that SAP project 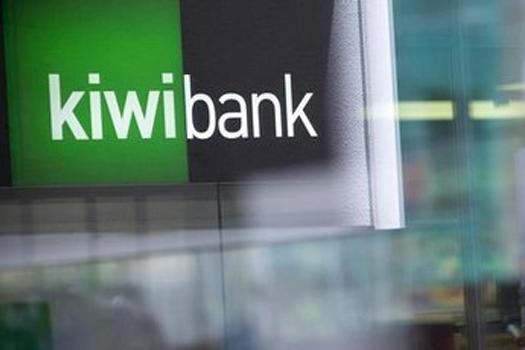 With the CIO Summit, ostensibly New Zealand’s largest get-together or IT leaders and decision-makers, coming up in two weeks’ time, iStart has been speaking to some of the local presenters. Dianna Taylor is general manager for IT at Kiwibank, and will be taking part in a panel discussion about technology led disruption.

Talking to iStart about the role that collaboration plays in innovative and disruptive companies, Taylor said the key is the removal of unnecessary bureaucracy. Bureaucratic processes are often put in place as the knee-jerk reaction to one negative incident which turn into expensive witch hunts and extra layers of bureaucracy. “We punish the rest of the organisation for that one mistake but we need to step back and look at the underlying themes rather than jump to adding in laborious processes because that just kills our ability to deliver,” she explained.

Asked if there are any examples of this at Kiwibank, Taylor laughed and said “heaps”, but didn’t share specifics. She did say that it is common to have a ‘them and us’ attitude when it comes to the IT department within large enterprises. On the one hand IT is convinced that the rest of the business will go and do what it wants anyway so it doesn’t engage, and on the other hand the business often comes to IT too late for IT to be involved in the decision-making process. For technology to lead or even participate in business change, it needs to be “on the front foot” Taylor said. IT needs to engage with the rest of the business and get in at the beginning of other department’s projects before the decisions have been made to “help form the rest of the businesses view in a positive light”. It’s something the bank continues to work on, she said.

“We are bending the bank to fit SAP not SAP to fit the bank.”

Kiwibank is part way through a large SAP implementation to overhaul its core banking system and replace its home-grown technology platform which it has outgrown. SAP’s pre-configured industry solution for the banking sector will run alongside and integrate with NZ Post’s financial system (Unit4’s Business World ERP suite). The bank completed phase one of the project (the interbank settlements processing) in August last year and is slated to complete phase two (transactional products) between May and July 2017. Taylor freely admits that it hasn’t been a walk in the park, but said “it’s no secret that it’s difficult – you are taking the engine out of the car while it is still going – talk to any bank and they will say the same”. Customers however, are none the wiser and there has been no interruption to services so far.

The project, which has already cost more than the lowest estimate of $100 million (Taylor didn’t have the exact figures to hand), came under fire from technology investor and commentator Lance Wiggs, when it was first announced. At the time he told Business Desk that SAP is a “vast, complex and barely usable system for managing complex businesses”, and he questioned whether Kiwibank had the finances to achieve a successful outcome. After all CBA, which was the case study that convinced Kiwibank to choose the SAP system, spent in excess of $1 billion on its implementation. Wiggs said that the CBA’s vast resources meant it could throw money at the project until it was a success, but a small bank would just have to do what the programme allowed.

Taylor, not surprisingly, had a different point of view. She said that Kiwibank deliberately chose to work with what comes out of the box and selected SAP for its vast menu of options and configurations for products and services that do not require bespoke programming. “It’s part of our entire project design principles to be out-of-the-box, so we have deliberately tried to restrict customisation. We are bending the bank to fit SAP not SAP to fit the bank. On-going operating costs would be horrendous otherwise,” she said.

This is not the first time that a project has been built on the principles of using out-of-the-box design, and Taylor said it’s “definitely a trend” not only because it keeps the project costs down but it improves the sustainability of he technology.

At the time of the SAP project announcement, Kiwibank was fairly strapped for cash, and while New Zealand Post provided Kiwibank with its original capital, it has a diminishing business and cannot afford to finance the bank further, explained Taylor. Earlier this year a deal was struck between Kiwibank, ACC and NZ Super in which the latter two will acquire 45 percent of Kiwibank. The deal is still going through due diligence but once finalised it will provide the funding injection needed. “The general feeling is that it is very exciting for us,” said Taylor who felt that ACC and NZ Super were both keen to see growth.

Fingers crossed for Kiwibank, because phase three of its SAP implementation (lending) is still in the blueprinting stage and yet to be signed off. Taylor expects to take the plan before the board for approval in the next three to four months.

Dianna Taylor is general manager for IT at Kiwibank, and is speaking at the CIO Summit, Sky City Convention Centre, 8-9 June 2016.