Lack of leadership on digital and education hinder NZ Inc 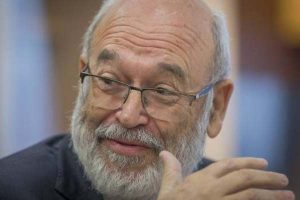 Covid creates incentive to rethink the path ahead, Gluckman says…

New Zealand’s former chief science advisor Sir Peter Gluckman has called out successive New Zealand governments for a lack of true leadership and support for the digital and education sectors – areas critical for a future where the weightless economy could lift the country out of the Covid doldrums.

Gluckman, director of a political think tank Koi Tū: The Centre for Informed Futures, says New Zealand needs to refresh its broad economic strategy to focus on the weightless economy and the potential of the food sector, as the impact of Covid-19 on the economy hits home.

“Building this asset will require new strategies and much more than the rather limited efforts made by successive governments.”

But he notes the country invests little in long-term strategic analysis.

“We tend to approach problems more often in a very reactive way, rather than strategically, and that can be to our long-term disadvantage,” he said, noting that ‘perhaps there are some early signs of change with the infrastructure and climate change commissions and the new Public Service Act’.

In the keynote address to the ANZ-KangaNews New Zealand Capital Markets Forum, Gluckman acknowledged that much of the focus needs to remain on managing the Covid-19 pandemic, but he called for renewed discussion on New Zealand’s longer-term strategy – and a major reset of key industries.

New Zealand’s highest income sectors of tourism, export education and agriculture, are all facing serious long-term challenges, including a global shift against carbon-intensive goods and services.

“We need to make necessary changes now, rather than have changes effectively imposed on us through a sudden loss of markets with environmentally conscious trading partners,” he says.

“Our most important asset will be knowledge and the weightless economy. Yet building this asset will require new strategies and much more than the rather limited efforts made by successive governments.”

When it comes to innovation, Gluckman says many Kiwi businesses are already pushing the frontiers of new ideas and processes, but the innovation sector faces issues scaling up.

“We are yet to reach a critical mass of labour and capital that catalyses further entrepreneurship and creates capacity to market globally and earn at scale,” he says.

A lack of multinational companies – which account for the vast majority of private R&D globally – is hindering the country. There’s a need, he says, to ‘get beyond attitudinal impediments and work hard to take advantage of our reputational positioning to attract serious entrepreneurial activity to New Zealand while there is a window of opportunity’.

“This requires investing in knowledge ecosystems. We must revisit prohibitions on foreign investment in property to allow entrepreneurs that locate new business and research efforts in New Zealand to put down roots here.”

An innovation strategy is also ‘urgently’ required to deliberately foster knowledge intensive urban hubs, and enable Kiwi cities to compete alongside the likes of Sydney, Melbourne, Singapore and London, while efforts must be made to have at least one globally high-ranked university here.

“Universities play a central role in the knowledge economy, both in the creation of new ideas and processes, and in creating the next-generation workforce for next-generation companies.

“Our top ranked University of Auckland is only the seventh highest ranked university in Australasia,” he notes.

At fault too, are outdated incentives and policies that promote competition between universities and government labs, rather than encouraging collaboration and coordination that they might compete together against the rest of the world.

The lack of strategic analysis is reflected in the lack of support for the university sector post-Covid – while other sectors have received taxpayer funding, the university sector hasn’t, something Gluckman says will almost certainly mean downsizing at the very time investment is most essential to New Zealand’s future and student demand is likely to grow.

A lack of action in areas such as digital governance, ethics and oversight, and the relegation of too many issues, including the country’s low productivity and a narrow view of our economic future, to the ‘too hard basket’ was also called out. “

“Covid has created an inflection point that provides an incentive to rethink our path ahead,” Gluckman says. It’s an opportunity we must not squander, but it’s also an opportunity that needs a coordinated strategy across many sectors of government and society, he notes.