News > Can under pressure councils afford to cut IT?

Can under pressure councils afford to cut IT? 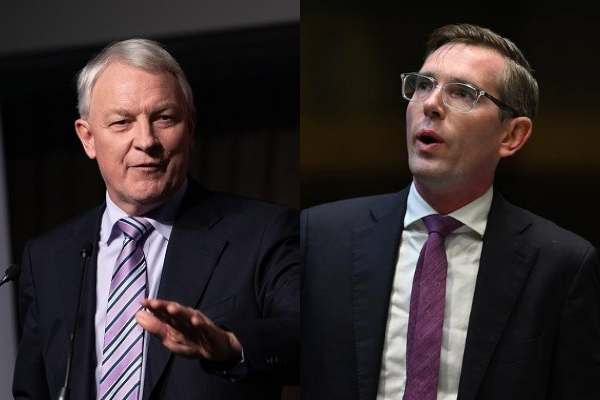 In addition to the clear human cost, the ongoing coronavirus disaster has seen economies around the world thrown into chaos, with private profits and public revenues both plummeting.

The NSW treasurer recently revealed that the Covid-19 pandemic would see an estimated AU$10-20 billion wiped from the Premiere State’s revenue over the next four years – that’s down from the AU$1.9 billion surplus that was predicted at the beginning of the year.

Grim, yes, but the NSW Government is pushing on with its plan to centralise its IT spending regardless. It’s investing AU$1.6 billion –  a new record – into digital as the government looks to spend, stimulate the economy and self-promote.

As it stands, NSW is no slouch on public sector CX tech, but Treasurer Dominic Perrottet says the funding is ‘a game changer’, even going so far as to propose that it will make NSW ‘the envy of the southern hemisphere’.

Where cuts get made, makes all the difference.

“This record investment in technology recognises that digital infrastructure is as important as transport infrastructure to the State’s economic growth,” Perrottet says.

“We must be fast followers in the digital revolution to accelerate agility, lift productivity and generate the jobs of tomorrow.”

So where’s the money actually going? At a glance, it’s mainly headed toward cross-agency improvements to CX and pushing more government services online – plus cyber.

The funding will be used to bring together hundreds of government websites into a single portal at nsw.gov.au, (based on the the United Kingdom’s gov.uk). That website will then become the centralised homebase of the NSW Government online.

As for cyber, the spend is the biggest single cyber security investment in Australian history, and will strengthen the government’s capacity to detect and respond to the fast moving cyber threat landscape, minister for customer service, Victor Dominello, says.

“We are leading the nation on bricks and mortar infrastructure and this historic investment will position us to develop a world-leading cyber security industry and be a jobs hub for this critical multi-billion-dollar sector.”

The money will be delivered over three years via the Digital Restart Fund, an initiative designed to ‘accelerate whole-of-government digital transformation’.

It’s classic Aussie optimism, focused on future opportunity and the digital solutions to get there. But across the ditch the mood’s a little different.

Facing with its own half-billion dollar, Covid-19 shaped-hole, the Auckland Council’s ‘Emergency Budget’ looks to cut, delay and defer all non-essential spending, wherever it is found.

“COVID-19 has punched a $525 million hole in Auckland Council’s revenue that we need to urgently respond to – this is not a business-as-usual budget,” says Mayor Phil Goff.

Goff says that the council needs to cut its spending ‘across the board’ reducing services and deferring some big construction projects.

That document warned that, whatever the outcome, inevitable cuts to a range of services, jobs and community spending ‘will result in noticeable changes to what [the Council is] providing to the community’.

That sounds bad no matter how many times you read it; But what about ICT? Last year the Council completed a major review of its ICT systems, rolling out a hybrid-cloud solution to replace its legacy infrastructure in a deal with Spark-owned Revera (now CCL). Where does a slash and burn budget leave that seven figure project?

The Council isn’t saying yet, and won’t until deliberations finish in mid-July.

“We will have to make tough decisions,” says Goff. “Services that are less important will need to be reduced and some investment in infrastructure will need to be deferred.”

“Staff salaries will be affected, and the council will have to reduce staff numbers.”

It’s understandable. When facing a NZ$500 million shortfall, a little belt tightening is necessary. But where cuts get made, makes all the difference. As the Council looks to roll back services, NZ$98.5 million is still earmarked for the America’s Cup.

“COVID-19 has impacted our finances heavily and as a result we face some difficult decisions,” says finance and performance committee chair, Desley Simpson.

“However, we are still committed to achieving a record level of savings this financial year and will continue to find efficiencies across our business.

“This budget is about delivering what is most important for the future of our community, our city and our economy with considerably less income.”