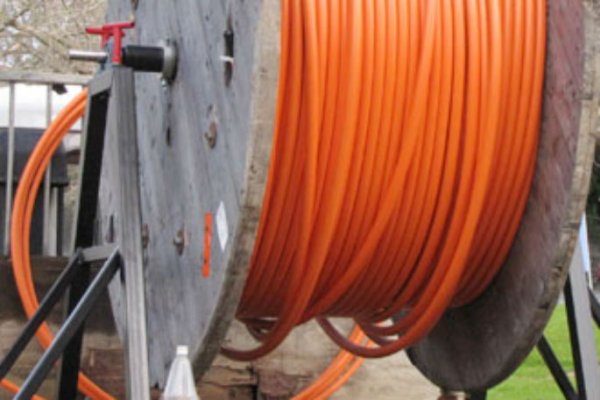 A tale of two countries and their broadband efforts…

New Zealand is streaking ahead with its fibre rollout, completing phase one of the UFB project a month ahead of schedule and within budget but with little fanfare, despite it making the country one of the best connected in the OECD.

The successful completion of stage one of the UFB project – one of the largest national infrastructure projects seen in New Zealand – comes as Australia’s NBN Co promises improved speed and lower costs along with more flexibility for retailers in how they allocate data capacity. Those changes come hard on the heels of the launch of a new AU$22.50 12Mbps budget package to encourage more users onto the beleaguered network, which has seen its rollout mired in issues with connections, slow speeds and cost issues.

In New Zealand, meanwhile, the UFB project, launched 11 years ago, has made the country the eighth most UFB available country in the OECD and delivered fibre-to-the-home networks 79 percent of Kiwis across New Zealand.

Phase two will extend that out to 87 percent of the population by the end of 2022. In combination with the Rural Broadband Initiative, which is using copper, fibre and wireless to provide high speed internet for rural communities, it will provide ‘improved’ broadband to 99.8 percent of New Zealand’s population by the end of 2023, and bolster the country’s OECD standing into the top five.

Of course, it’s one thing to have a network, another altogether to use it. When the National Party first announced plans for a national fibre network back in 2008, TelstraClear suggested the plans didn’t take account of demand and were built on ‘political opportunism and a lot of hype’. And, for a while, it looked like they might have a point, with slow uptake in the early days. But the latest Connectivity Update from the Ministry of Business, Innovation and Employment, covering the period to the end of June, show 52 percent uptake of the service.

The MBIE reports, however, suggest that’s not happened. Regional uptake of the technology is strong with towns and cities including Hamilton, Waiuku and Waipu among the top centres for UFB connections.

The country’s internet speeds too, are a telling factor. New Zealand now has the 22nd fastest internet speeds globally according to Speedtest’s October testing with an average fixed broadband download speed of 101.56Mbps. That’s well ahead of the global average of 70.68Mbps.

Australia meanwhile, has performance speeds only marginally better than old-school copper at 42.01Mbps, and that’s after a AU$51 billion investment in NBN, the largest ever infrastructure project for the country.

The Kiwi figures are no doubt being helped by the 1Gbps plans on offer. Chorus announced earlier this year that it has 58,000 customers on 1Gbps connections and this week the provider unveiled its next generation of fibre technology, with promises of speeds of up to 10Gbps.

Don’t get too excited about that 10Gbps speed however, The offering, dubbed Hyperfibre and beginning availability in February on a region-by-region basis, will initially see speeds of 2Gbps and 4Gpbs, before increasing to 8Gbps ‘in future’.

Chorus says wholesale pricing for Hyberfibre is yet to be finalised ‘but it is expected to be a modest premium on current gig pricing’.

It’s all painting a good picture for New Zealand’s connectivity.

As if we needed further proof, in October, IDC reported that New Zealand’s adoption rate for fibre is second only to Japan. The research company’s ConsumerScape 360 Survey showed 44 percent of Kiwi consumers now primarily access the internet via fibre connections – more than double the average world-wide rate of 20 percent and an 11 percentage point year on year increase at a time when the global average remained the same. The story for Australia, meanwhile, continued to be glum, with just 10 percent fibre adoption.