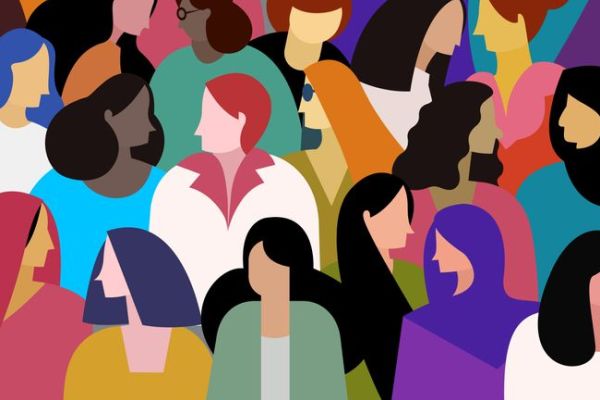 Kiwis testing positive for Covid-19 are now doing their own contact tracing via a ‘Contact Tracing Form’, as community cases surge in New Zealand, while an Australian report casts doubt over the effectiveness of the beleaguered CovidSafe app for contact tracing.

New Zealand entered phase two of the Omicron response last week (not to be confused with the overall Covid-19 Protection Framework, for which the entire country remains at ‘red’ in the traffic light system), and then quickly escalated to Phase 3, which it enters at 11.59pm Thursday.

Phases 2 and 3 see a reduction in isolation period to 10 days for cases and, in phase 3, the removal of the requirement for contacts other than household or ‘household-like’ contact to isolate,  wider use of RATs, and greater use of digital tools.

“The form allows [us] to manage the number of cases with finite resources and focus on high-risk and vulnerable cases.”

Those ‘digital tools’ come in the form of text message notifications for positive results, which will replace calls for ‘most cases’.

The text message includes links to information about self-isolation, how to inform others and how to look after yourself and there’s also a link to a web based form – the latest in the Ministry of Health’s digital tools for Covid.

Developed by Wellington app developers Abletech and piloted with Reach Aotearoa, which the Ministry says is one of its largest national contact tracing services, the Contact Tracing Form is designed to ease the burden on the health system

“The form allows for contact tracing capacity to remain able to manage the number of cases with finite resources and focus on high-risk and vulnerable cases,” a spokesperson for the Ministry of Health told iStart.

“A case using the form can share their information with us securely online, instead of completing a case interview over the phone. The information they provide is the same – symptoms, underlying conditions, household contact details, and information on high-risk locations and close contacts.”

The spokesperson says completing the form online is quicker than an interview, taking about 30 minutes to complete.

“Once someone has received the message, they can start this anytime within 24 hours. If the form isn’t submitted within 24 hours, someone will call and complete the case investigation over the phone. There is also a dedicated email address and phone number if people need help.”

Ashley Bloomfield, director-general of health, says phone contact will still be available to those who need it.

The Covid-19 contact tracing form is hosted on the Amazon Web Services platform.

“While the form is completed, the information is stored in a Dynamo database, held in a secure Ministry AWS environment hosted in Sydney, Australia. When data is submitted it is uploaded to the NCTS [National Contact Tracing System] Case Record. The NCTS environment is operated on a Salesforce Service Cloud instance based on AWS cloud infrastructure based in Sydney, Australia,” the spokesperson says.

Joe Bourne, Ministry of Health primary care lead, says the form assesses people’s clinical or welfare needs and any issues around self-isolating. That information is then sent to the ‘appropriate providers’ to take any action needed.

“Somebody on the self-management pathway can expect very little contact from the health system or any other agencies,” Bourne says.

Separate web pages – dubbed health hubs – have also been established for household and close contacts, and a those with Covid will also receive a text message to let them know when their period of isolation is complete.

Of course, many of us are wary about clicking on links provided in text messages – something the Ministry glossed over in a recent press conference, saying simply that the text message will come from 2328 a number ‘many people are already familiar with as it has been used for vaccine booking confirmations’.

“During the vaccine program with things like MyCovidRecord and Book My Vaccine, 80-90 percent of New Zealand were up to working with us digitally,” he says.

“For the other 10-20 percent we provide direct support through other channels. This is what we are going after again here.”

Meanwhile Bloomfield says Bluetooth will continue to be part of the plan for the foreseeable future.

“It will become increasingly important in phase two and we will keep using it until it reaches a point where it potentially results in what has been called a pingdemic,” he says.

“We don’t want people to be notified all the time when they may not be a contact.”

From early January to early February he says of 2258 Covid-positive cases interviewed, 462 were provided with a Bluetooth token to anonymously generate notification out to others who they may have been in contact with. More than 1,500 devices received a notification over that month, and 538 calls to HealthLine were prompted by Bluetooth notifications. However, less than one percent of contacts were identified by Bluetooth.

Just days after Bloomfield said PCR testing will remain the mainstay of how Covid cases are identified and diagnosed ‘particularly early in Phase 2’, RAT tests began making their way more widely into the testing regime. With New Zealand moving to Phase 3 of the Omicron response at 11.59pm on Thursday, RATs become the primary mode of testing.

A new feature added to MyCovidRecord last week enables people to self-report RAT results and to understand how to interpret results.

Meanwhile, a report into Australia’s AU$10 million CovidSafe app has questioned the effectiveness of the app, which identified less than 0.1 percent of close contacts in NSW not identified by conventional contact tracing and generated ‘substantial additional perceived workload for public health staff’.

The study, from researchers from the University of New South Wales, the Australian National University, the University of Queensland and the Western Sydney Local Health District and reported in the Lancet, found ‘CovidSafe was not sufficiently effective to make a meaningful contribution to the Covid-19 response in Australia’s most populous state over a six month period’.

Low uptake of the app among at risk populations, poor positive predictive value and sensitivity and issues for public health staff in accessing the data were among the reasons cited for the poor results.

“[The] costs, couple with the substantial additional workload required for public health staff to identify a very small number of additional close contacts, call for a formal cost-benefit assessment of the CovidSafe app, and of digital tools in the public health response to Covid-19 more generally,” the researchers say.

UK and Swiss reports into their respective apps were more positive, with the CovidSafe report noting those settings had much higher case numbers and, perhaps crucially, used a decentralised system architecture which automatically alerted potential contacts, requiring no involvement of public health staff. Different evaluation methodologies were also used.

“Real-world piloting, input from users during the development phase and comprehensive effectiveness evaluations after rollout are important elements to ensure added value of digital tracing technology for digital health,” the Australian researchers note.