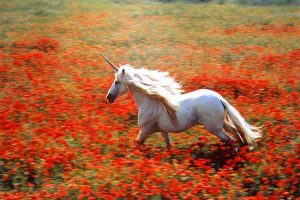 We’ve got 34 billion reasons to celebrate but behind the big numbers is a culture confused, suggests a Callaghan report…

New Zealand is a breeding ground for unicorns – those magical startup beasts with billion-dollar valuations – and we’re all reaping the benefits.

That’s the message laid out in the new Callaghan report, Growing the Pie, that catalogues New Zealand’s most dramatic success stories.

According to the report, in New Zealand entrepreneurs have created $34 billion in value in the last 15 years alone. Following the 2004 sale of Navman to a US buyer for just over $100 million, nine more billion dollar companies have since been grown here: A2 Milk, Xero, Anaplan, FNZ, Trade Me, Allbirds, Rocket Lab, Telogis, and LanzaTech.

“Our start-ups are better than average at going global.”

“Compared to many other countries, our early-stage founders… lack global relationships, and access to knowledge to create world-leading business models. Despite this, our start-ups are better than average at going global.”

“With companies like Rocket Lab, LanzaTech, Xero and Pushpay now valued in the billions, it’s tempting to think we’ve finally cracked the formula for creating world-class businesses in our own backyard,” she says.

“Many businesses seem to have got the message that R&D matters, and have ramped up their spending by more than half a billion dollars over the past two years. It’s the highest increase in a decade, and it’s paying off – our tech industry is now our third-largest export earner.

“But despite the great progress we are making, there are several aspects of being an entrepreneur here that are still not well understood.”

Crone suggests that despite New Zealand’s knack for creating innovative, valuable companies, the culture itself still lacks a sophisticated view of what success actually ‘looks like’, especially in the way it views founder exit strategies.

“In more mature economies, a successful exit is almost always a cause for celebration,” says Crone.

“It’s understood that the entrepreneur, and others in the innovation ecosystem, will reinvest the money they’ve earned and the lessons they’ve learned back into their communities.

“Sometimes a sale occurs simply because it’s better for the entrepreneur to move on to another, more promising, project. Or a sale may be the best opportunity for that idea or technology to scale and change the world.”

Perhaps most egregiously, New Zealanders seem to miss the tendency for Kiwi entrepreneurs to exhibit exceptional levels of social conscientiousness which often sees their successes shared amongst the wider community.

“We don’t seem to realise how lucky we are that Kiwi entrepreneurs have such a deep connection to this country, and its values, and how much they give back,” says Crone.

“Even those who have made their fortunes overseas often find themselves wanting to return to their turangawaewae, to do their bit to help make it an even more special place than it already is.”

Could it be that New Zealand’s most successful entrepreneurs are succeeding, not because of Kiwi attitudes, but in spite of them?

“We need to figure out how we help [entrepreneurs] achieve their vision of success,” says Crone, “whether it is a sale, a public listing, or global expansion. Because almost all of them are helping to grow the pie for all of us, regardless of what happens next. And often that’s in a social sense, as well an economic one.”

We’ve got a lot to celebrate, says Callaghan, but behind the big numbers is a culture still confused about what success in a global economy looks like.

Change that, Callaghan seems to be saying, and the world’s our oyster.