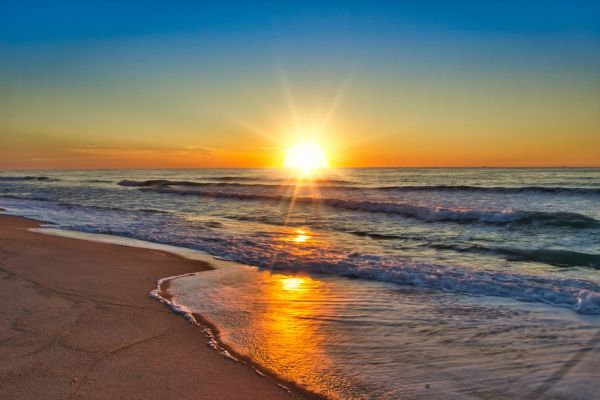 Will this tale reap benefits for Kiwi tech?…

Once upon a time, actually not that long ago at all, a little country at the bottom of the world decided it wanted its technology offerings to be loved by all, and for investors and workers to flood its shores (well, that is if they’d just open, and visas be made available). And so, today the NZ Tech Story, with a tagline of We See Tomorrow First, was launched.

Part of a broader government strategy around industry transformation launched in 2020, the NZ Tech Story is part of the $5 million Digital Technologies Industry Transformation Plan, the draft of which is currently out for feedback. Similar stories have already launched for the Agtech sector and the consumer food sector (more on that later).

David Downs, CEO of NZ Story – the government agency responsible for the brand of New Zealand globally – says while the sector is growing ‘massively’ it also faces some very real constraints, particularly around finding talented people to work in the sector.

“We can’t pick the winners, but we can back them.”

That’s just one of the areas the NZ Tech Story – with MBIE funding of just over $1 million to enable the development of this first phase – is hoping to address.

Says Downs: “The audience for this work is investors a bit, and people who are going to buy the technology from New Zealand, but probably the biggest audience is organisations, companies and people who want to work in the sector and with the sector.

“We want them to see New Zealand as a place where high quality technology comes from, and which is a great place to live and work.”

It should be noted, that the Kiwi tech sector is doing pretty well already. It’s New Zealand’s second largest export sector, smashing the $10 billion mark for export revenue last year, to hit $13.9 billion according to the annual TIN Report. By industry reckoning, each four percent growth in tech sector productivity creates $2.7 billion additional GDP and it’s estimated that by 2030 more than 100,000 New Zealanders will work in digital industries, including (potentially) 151,000 women, 93,000 Maori and 48,000 Pacific people.

In practical terms, the NZ Tech Story will provide collateral such as videos, images, referenceable case studies, infographics and so on, that Kiwi technology companies can use in their own marketing, free for download from seetomorrowfirst.nz. A series of workshops will follow to help businesses understand how they can best use the NZ Tech Story in their own marketing.

Downs says companies will see immediate benefits in access to the ‘high quality’ collateral – something he says many companies struggle with. How enthused companies will be to harness collateral which could potentially water down their own branding, remains to be seen.

Meanwhile, on the international level, there will be promotion of the sector, using the branding, at global events and exhibitions. Singapore and the UK are priority markets, alongside Australia and the United States.

“The idea that New Zealand is a nation where technology comes from is a story we will tell widely around the world using this Tech Story as the collateral and then the New Zealand businesses pile on top of it to showcase their own technology, their own businesses, using some of our collateral which we have helped them build,” Downs says.

So what’s the story that we’ll be telling the world, and ourselves?

‘We See Tomorrow First’ – a play on our geographic location in the world – is the tagline, or topline message, but underneath it, Downs says are three core messages around values, innovation and collaboration.

Somewhat reminiscent of the ‘caring, sharing’ spiel which was such a feature of Covid standups in 2020, the story focuses on ‘a better tomorrow’ and New Zealand’s ability to care.

“The idea that we are looking for technology that envisages a better tomorrow, that is more sustainable, that has better impact for people and planet – that is one of the core values that will come through the story and a lot of our examples are around companies that have technology for a greater purpose than just making money or doing a small transaction,” Downs says.

“Then there’s a piece around New Zealand’s innovation and innovative spirit. We’re a country build on innovation as one of the newest countries in the world, one of the most recent to be inhabited by humans and we’ve always had this necessity to do things differently and technology is a big part of how we have done that.

“The idea you have this place where you are not just generating technology purely to make a profit – you do make a profit but the reason you do that is you are focused on the real outcome, the benefits that technology can give people.”

While that might seem a touch nauseating to some, Downs says it’s a unique and attractive proposition internationally.

“It’s all about how New Zealand’s technology reinforces this idea of care for people and place. That’s a unique and very attractive thing. We don’t claim we are the biggest, brightest, best whatever, but what we say is when we do things we do them because of the types of people we are and the country’s values that we espouse.”

November 2021 research by NZ Story (the government agency, that is), show that the country is continuing to be perceived as progressive, inclusive and decisive by the majority of key markets such as Australia, China and the US.

But it also sounded some alarm bells, with some markets, including Germany, Dubai and Japan, viewing New Zealand as isolated, unfamiliar, unprepared and closed.

“Others really admire our stance when it comes to Covid,” Downs says.

“We get a lot of anecdotal bad press about MIQ and whatever, but actually most global consumers are holding New Zealand up as a bastion of a country which has prioritised care for people.

“Now we are in the stage where we are looking at what are the border settings, we’re reopening and connecting to the world and we have done that in a very thoughtful manner, and with consumers that seems to really land well, it prioritises peoples’ health and care.”

But any tech companies will be able to be part of the story.

While Silicon Valley entrepreneur and investor Randy Komisar told attendees at a Tech Story Inform Series webinar last year that New Zealand needed to ‘chose its battles’ and focus on areas aligned to existing strengths, such as agriculture, medical offerings and sustainability (which to be fair is a key thrust of the NZ Tech Story), Downs channels Sir Paul Callaghan and his belief that ‘New Zealand will be good at what we are good at’.

“My personal belief is we can’t pick the winners, but we can back them,” Downs says.

Government shouldn’t be picking that and neither probably should any industry group. Who would have thought we would have this massive burgeoning space tech sector for example. If we had said a few years ago that we wanted to be leaders in global space tech we would have been laughed at.”

“This isn’t a campaign that lasts for a few months. Really, the global perceptions of New Zealand is a 20 year job to basically make sure the world sees us as this sophisticated, technologically advanced country.”

Downs says there are no measurable outcome KPIs attached – the desired perception shift will be ‘a longitudinal thing and will take a while’. There will, however, be activity measures such as how many companies are using it and how many events promotions occur at.

“But those are activity measures, versus outcomes and the outcomes we’re looking for is that the world starts to see New Zealand as a place where some unique high quality technology comes from that really is about seeing this better tomorrow,” he says.

“At the moment if you’re a New Zealand company selling technology internationally you almost have to prove your credentials before you can start talking about your product.

“If we have a consistent story with lots of businesses leaning in and telling their part of the story and reinforcing the core values that we all have, then we believe it will benefit everybody.”

A similar campaign in the consumer food sector called Made with Care, has proved ‘highly successful’ Downs says. That campaign, which also created a bigger brand for a range of high quality food, beverage and fibre companies, was direct to consumer, prompting them to purchase online from Kiwi comapnies. Downs says some companies sold a year’s worth of stock in a month.

But Made with Care was, he admits, more of a short-term call to action, while the tech story is long term brand building.

Whether the tech businesses inside the Kiwi tech sector also see this as a new dawn remains to be seen.