Preparing for what’s next in the age of Future Shock 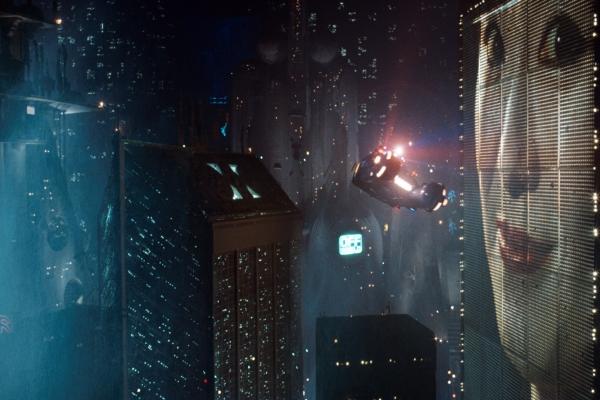 The ultimate DIY: Be your own futurist…

How does industry prepare for a future where the only certainty is change?

“Future shock,” opined Alvin Toffler back in 1970, “is the shattering stress and disorientation that we induce in individuals by subjecting them to too much change in too short a time.”

Back then, Toffler had a vision for the future where we’d all be living in a state of perpetual flux – and suffering grave psychological consequences as a result.

While it’s debatable whether the latter is nearly as dramatic as he described, few would argue that he wasn’t bang on with the former.

We are certainly living in an accelerated age. Given that fact, just how do we prepare for a future seemingly so impossible to predict?

Perhaps the best place to start is with something we can predict – like the forthcoming shift in the nature of work, most dramatically in the rise of automation.

That’s an issue both government and industry are looking at increasingly soberly.

Tech industry association NZTech is currently forming a coalition of local corporations, government agencies and local bodies with the express purpose of developing national policies to minimise the impact of digital disruption on Kiwi jobs in the future (although it might be noted at the same time they advocate for its uptake and acceptance).

The Labour Party’s Future of Work Commission brought the issue into public debate leaning on predictions from the NZIER that 46 percent of jobs will be automated in 20 years, galvanising the need for (still to be seen) policy responses. The Universal Basic Income concept is another doing the rounds where robotics and automation take care of work while the populace relax on holiday collecting their UBI fruits.

A strategy initiative from across the ditch Australia’s Future Workforce, albeit released in the prehistoric times of 2015, makes some pretty dire predictions – most notably that up to five million jobs will be automated out of existence by 2030 – but also addresses the critical steps we can take to prepare the workforce and support emerging growth industries.

“It is likely some tough decisions about the Australian labour market will need to be made in the next decade,” said Stephen Martin CEO of the Committee for Economic Development of Australia.

“We’ve already had a taste of this with the decline of the car manufacturing industry. However, if we develop the right policies now, we have the potential to reduce the impact of these challenges and ensure our economy remains robust.”

More recently, and still in Australia, the creation of innovationXchange (which partners with MIT and Australian software company Atlassian) will contribute up to A$2.8m to find ways to better prepare communities and governments for the changing nature of work and the workforce.

Business communities are also responding with last year’s Singularity Summit and the CIO Summit both examining issues around digital and tech-driven disruption.

A recent Harvey Nash/KPMG CIO Survey shows that industry is very much cognisant of the changing landscape. More than half of the organisations contacted for that report said they are actively investing in more nimble tech platforms to help them innovate and adapt more quickly, with almost 90 percent of those surveyed saying they’re either maintaining or ramping up investment in innovation, including a focus on digital labour.

“Layered on top of astonishing advances in technology is a political and economic landscape that is dynamic and changing fast, sometimes in surprising ways,” said Albert Ellis, CEO, Harvey Nash Group a global recruitment consultancy.

“However, what is very clear is that many technology executives are turning this uncertainty into opportunity, driving their organisation to become more nimble and digital.”

“CIOs are becoming increasingly influential as CEOs and boards turn to them for help in navigating through the complexity, and the threat and opportunity, which a digital world presents.”

But given that new influence, just what is informing those CIOs? How does one confidently make decisions facing such an uncertain future?

The key, said strategy advisor and Future Exploration Network founder Ross Dawson, is as simple as it is effective: robust scenario planning.

“We need a way of making decisions while appreciating that the future is unpredictable,” he said. “We can’t know what will happen, but we can look at the trends – how technology is developing, demographic changes, how regulation is shifting and social changes.”

“We can also dig into the things we don’t know. What new technology might emerge? What might be the social responses to those technologies? What is the ability of existing business to adapt sufficiently? Will the workforce be able to change sufficiently to meet the rise of the gig economy? We can take these uncertainties into account.”

“Scenario planning sensitises you to what might happen and how you will respond when something does happen.”

And it seems that businesses are indeed becoming more sensitive to the unstable future. Case in point, the rise of the ‘corporate futurist’ role. Companies like Intel, Ford and even Disney now employ staff whose role is to ‘best guess’ future trends, and many governments around the world, including Singapore, Canada and the Netherlands, now have dedicated futures groups.

“You can’t just keep on making business decisions the way you did 20 years ago. The pace at which companies, industries and technologies are changing, it’s dramatic.”

So dramatic, said Dawson, that “Everyone needs to become their own futurist.”