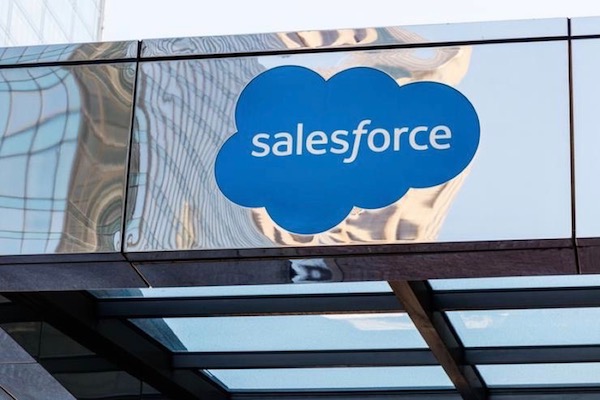 Logs yet another bumper year…

Salesforce is reporting another bumper year in Australia and New Zealand with local profits more than tripling to over AU$20 million.

The company’s revenue for the two countries was up 34 percent, from $760.2 million to $1.02 billion in the year ending 31 January 2022, with profit hitting $20.1 million – up from just $5.2 million in 2021. The New Zealand ‘branch’ contributed $3.6 million of that according to the separately released Kiwi financial report.

“We are on track to becoming the largest enterprise applications company in the world.”

The growth in total revenue was down on recent years – last year the San Francisco-based company logged 46 percent growth, the year before a whopping 215 percent, jumping from $164 million to $520 million.

The company has been garnering plenty of high profile contracts across Australia and New Zealand in recent years – with not all of the publicity proving favourable.

Its use for the New Zealand Ministry of Health Covid-19 immunisation register prompted the wrath of Ian McCrae, then CEO and founder of New Zealand health IT provider Orion Health, who slammed the procurement process.

The $38 million project was rolled out under an emergency exemption which meant it avoided an open procurement process, with McCrae claiming Orion could have done it for just $3 million. He went as far as to complain to the Auditor General, who declined to investigate.

Across in Victoria, Salesforce was also used for the Covid-19 contact tracing platform, with tech consultancy Contino called in in early 2021 to improve the contact tracing platform for the Victorian Department of Health. The decision to use Salesforce had come months after it was initially floated, and a Legal and Social Issues committee was later highly critical of the delay.

Other big names signing with Salesforce have included Macquarie Bank, which is creating a portal for home loan brokers, leveraging its existing investment in Salesforce technology. Coles is also developing a new platform on Salesforce, which it says will become the single point of contact into Coles for suppliers. ANZ, Unicef Australia and Service NSW have also had high profile Salesforce projects in recent times.

Globally, Salesforce reported a 25 percent increase in revenue for FY22, hitting US$26.5 billion, which saw it claim to be the fastest-growing top-five enterprise software company in history.

“We are on track to becoming the largest enterprise applications company in the world,” the company said in its FY22 financials.

“In fiscal year 2023, we are projecting more than $32 billion in revenue with 22 percent growth in operating cash flow year over year at the high end of the range. No other software company of our size and scale is performing at this level.”

Australia and New Zealand turned in similar growth, with revenue from contracts with customers for the Australian business up 35 percent from $665.3 million to $898.7 million, while New Zealand grew 32 percent, from $94.9 million to $125.1 million.

As to the breakdown of where the A/NZ revenue is coming from, $920.8 million was from subscription and support services (up from $691.5 million a year earlier), with professional services contributing a further $100.4 million, up from $66.2 million in 2021. More than $2.5 million extra came from training.

And above and beyond the $1.02 billion was $167.4 million in ‘other income’ for the company across Australia and New Zealand, largely from inter-company service fees.

This year’s results also include Slack Australia, purchased in August 2021.