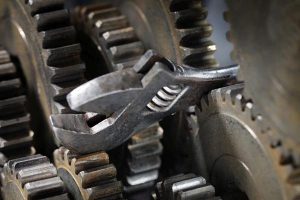 Purple patch for SMEs set to continue, but political machinations could put spanner in the works…

New Zealand’s small to medium enterprises (SMEs) have enjoyed a period of sustained growth and there is an expectation the good times will continue to roll in the coming year. That’s the findings of recent research from accounting software outfit MYOB. Its Business Monitor Economic Snapshot, which polled 400 SMEs nationwide, found that 37 percent reported a revenue increase in the last year, tracking slightly up from 36 percent in March, with almost half (46 percent) expecting their revenue to increase over the next 12 months.

Fewer businesses are struggling in the current environment, with just 15 percent of SME operators reporting their revenue decreased over the last year, down from 19 percent in February, and 20 percent in September last year.

In a statement, MYOB’s NZ GM Carolyn Luey said SMEs have worked hard to put themselves in this position, and many are now enjoying a period of steady growth. “Since they recovered from the GFC, we’ve seen the performance of local SMEs steadily improving. And looking ahead, local businesses see no reason for their stellar run to end.”

Of course, one reason for the stellar run to end could be New Zealand’s changing political environment. As D-Day approaches, a switch to protectionism and a potential clampdown on immigration, thanks to Winston Peters holding the balance of power, could have interesting consequences.

Luey said the survey reinforces that growth is not just confined to the main centres, with the regions also showing significant improvement. “A trend we’ve seen over the last few years of our research is that SMEs across many of New Zealand’s regions are experiencing a period of sustained growth,” she noted.

“For example, 44 percent of operators in Waikato and the Bay of Plenty saw their revenue improve in the last 12 months, with similar levels of growth seen in Otago/Southland.”

On the back of their own performance, the MYOB Business Monitor Economic Snapshot highlights that SMEs are confident in the New Zealand economy.

Close to half (42 percent) believe New Zealand’s economy will improve over the next 12 months, while almost a quarter (23 percent) think it will decline.

“Confidence in the economy from the small and medium-sized business sector is good for the whole country. It means more businesses are willing to invest and therefore increase employment opportunities,” Luey added.

However, she said some sectors are less positive – particularly those which are exposed to the slowing property market.

While there is growing confidence in the economy, the new Government will have to look carefully at what it can do to help maintain it, especially in terms of policies focused on education, training and immigration.

“This is really noticeable in terms of finding the right people to fill skills gaps,” said Luey. “Forty-one percent of respondents said their industry is experiencing a skills shortage – and in areas like Canterbury where the rebuild is ongoing, 47 percent of SMEs said finding staff with the right skills is one of their greatest challenges.”

And it is larger SMEs – those who employ 10 or more people – which are finding it the hardest to recruit the staff they need, she added. For those employing 10-19 people, 68 percent said they find it difficult to find suitable staff, while 32 percent of businesses with 2-4 employees said the same.

“The skills gap is a huge issue facing the new government. It will need to look at what policies are needed to support SMEs growth and attract the right people to work across a broad range of sectors.”

Which may just throw an interesting spanner in the works, particularly should Peters choose Labour over National in the week ahead.