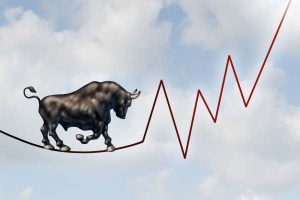 The AgCelerator fund is designed to help kick start early-stage concepts and get them launched to market with pre-seed and seed stage funding, but will also be open to established businesses ‘where there is alignment’ with LIC’s growth strategy and focus.

Wayne McNee, LIC chief executive, says annual investment in upstream agritech companies grew 44 percent year on year from 2012 to 2018, with a further 1.3 percent from 208-2019 highlighting both the opportunities and need for expansion.

“It’s important NZ retains its leading dairy reputation at this critical time and investing in new innovations and technology is central to ensuring that.”

He says LIC is investing $16 million this year in giving farmers future tools to improve genetic gain and address environmental challenges, but recognises it needs to look externally too.

“It’s important New Zealand retains its leading dairy reputation at this critical time and investing in new innovations and technology is central to ensuring that.”

The new fund comes as women-led Kiwi startups also get a funding boost, via the oversubscribed $2 million ArcAngels fund, which is managed by Icehouse Ventures and supported by investors including Sir Stephen Tindall’s K1W1.

Investments into six startups have already been made with another three investments expected to be finalised in the coming months, with investments typically ranging from $50,000 to $100,000.

The new funding streams come at a critical time, as New Zealand, like countries around the world, attempts to rebuild an shattered economy.  This week’s Prefu (pre-election economic and fiscal update) painted a bleak picture for the country, with a better than expected near-term economic recovery, but a slower economic recovery. Government debt is expected to climb to 55.3 percent of GDP by 2024 with nominal GDP now expected to come in more than $10 billion less than previously expected, at just $364 billion by 2024, and unemployment, while not climbing as high as previously forecast, now expected to stay higher for longer.

But it’s not all bad news, with both New Zealand and Australia labelled venture capital funding ‘hot spots’ in the recent The State of Global Venutre Funding During Covid-19 report from Crunchbase.

The report, which relies on data on private-equity rounds for venture-backed companies only, found that while global venture capital funding was down six percent globally, in the first half 2020, year on year, across Australia and New Zealand funding grew 50 percent. (And it should be noted that Indian telco Reliance Jio’s US$15.2 billion – yes, billion – round in June skewed the global results. Remove that from the equation and funding would have been down 17 percent globally.)

Australian venture funding hit $927 million – up 39 percent on the previous year – while New Zealand funding was up a massive 325 percent, from just $24 million in the first half of 2019, to $102 million in 2020. Seventeen of the 20 venture deals for New Zealand were completed in the first quarter.

While the majority of funding in Australia went to later-stage rounds – which received 62 percent of the funding versus 47 percent in 2019 – in New Zealand all of the $102 million went to seed, angel or early-stage rounds.

Crunchbase’s report is somewhat at odds with figures from Callaghan Innovation’s Scale-up New Zealand, which includes local VC funds as well and which show a 16 percent drop in investment activity, including M&A, for the first half of the year, with $191.2 million in investment, versus $222.5 million for the same period in 2019.

Across the ditch, Crunchbase says much of the success of Australia’s venture capital ecosystem has been due to fintech and digital banking – something that became particularly relevant this year with physical banks often closed.

No technology growth rounds were recorded in Australia or New Zealand for the first half of 2020.

Meanwhile anti-money laundering startup First AML this week announced it has raised $8 million in Series A funding, led by US-based Bedrock Capital, with support from PushPay founder Chris Heaslip and Icehouse Ventures. The deal is the first Kiwi funding for Bedrock Capital.