News > The cost of legacy tech for mid-market business

The cost of legacy tech for mid-market business 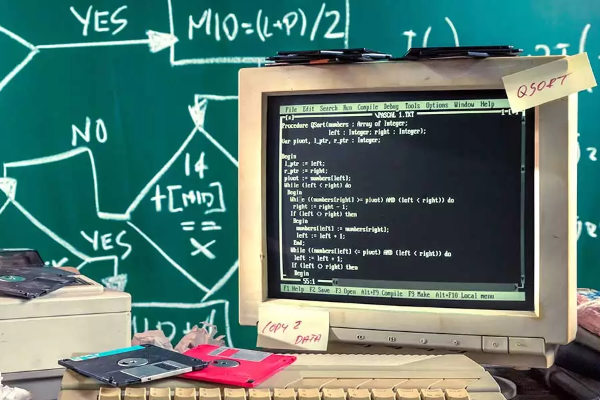 Covid may have sped up digital transformation, but for many legacy tech in the core business systems is dragging business down and costing mid-market companies time and money.

That’s the verdict of a Forrester report, commissioned by MYOB, which found Australian companies with 100 staff are short-changing themselves $2.7 million a year through ineffective technology solutions, while New Zealand companies of the same size are costing themselves $2.2 million.

That cost comes down to the loss of 1.5 days, or 12.5 hours, a week per employee on manual or repetitive tasks by not putting in place labour saving technology.

“It is critical to adapt and invest in technologies to future-proof not only productivity, but also profitability.”

It’s been well documented how Covid has sped up digital transformation for many companies, and if we need further confirmation of the rush of digitisation we need only look at some of the revenue increases for many top tech companies – GlobalData reported around 50 percent of the top 25 tech companies, including AWS, Microsoft and Google Cloud, recorded double digit growth in their year-on-year net profit.

But Seizing Advantage: The Technology Pivot A/NZ Businesses Must Make, shows that digitisation hasn’t been across the board. Instead, while many companies focused on customer facing channels and enabling remote working, the back-end systems – the core internal business systems – remained untouched.

Other key takeaways included that mid-market companies reported an average of 28 percent of extra costs from wasted hours and productivity due to inefficient business and people management solutions, while around 45 percent of solutions were perorated to be siloed, making data-based insights more difficult and leading to lower visibility overall.

A whopping 69 percent of A/NZ businesses admitted their manual order systems have held them back from targeting larger, or higher volume, customers. 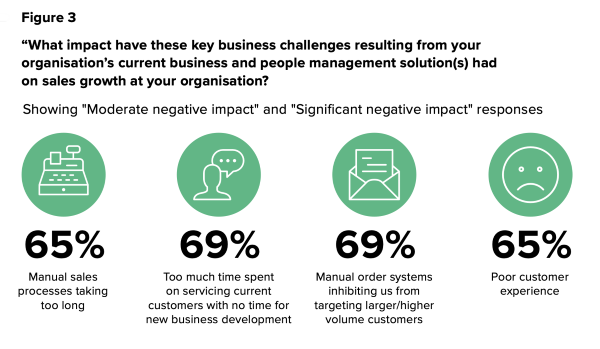 Poor productivity performance is a longstanding issue for New Zealand in particular, and Australia. When it comes to labour productivity levels or GDP per hour worked, Australia’s productivity is middling in the OECD, sitting at around 16th. A recent Australian Productivity Commission report showed economic growth per person has slipped to its slowest rate in 60 years.

New Zealanders, meanwhile has long had woeful productivity figures. Recent reports show Kiwis are working 34.2 hours a week vs 31.9 hours a week for other OECD countries, but for just $68 in output per hour compared with $85 in other countries.

Earlier this year the Productivity Commission’s Productivity by the Numbers report noted that research suggests Kiwi firms aren’t making the most of leading technologies and that global best practices ‘do not flow swiftly into the New Zealand economy’.

“New Zealand’s leading firms appear on average to be less than half as productive as top firms from countries such as Belgium, Denmark, Finland, the Netherlands and Sweden,” the Productivity Commission says.

It highlighted the creation and adoption of new technology as a key driver in improving productivity.

The Forrester/MYOB report highlights that many companies are concerned about the high cost of technology, or are suffering from a lack of leadership and inertia to change.

“If businesses really want to succeed and gain competitive advantage, then it is critical that they adapt and invest in technologies to future-proof not only productivity, but also profitability,” Jo Tozer, MYOB head of customer service, says.

It’s a similar story for Australia, with MYOB enterprise head of go-to-market Valantis Vais saying mid-market businesses could become the other engine room of the Australian economy, if they tackle the productivity problem.

“However, rather than grab the opportunity in front of them and gain a competitive edge, many are lagging behind their international peers and missing out on a chance to grow or improve their bottom line – mainly because they’ve let inertia take hold.

The report claims organisations with ‘future-fit’ platform and practices grow 3.2 times faster than their industry peers.

As to which features companies are prioritising for business and people management solutions over the next 12 to 18 months, consolidated reporting capabilities across operational functions was the big focus at 62 percent, followed by cloud deployment (60 percent) and open APIs for third-party plug-ins and customisation and industry specific management solutions, both at 57 percent.

Seize the advantage of a unified approach: Communicate the cost of using outdated business and people management solutions and highlight the positive impact modern solutions have on productivity, collaboration and business growth to overcome challenges around leadership awareness.

Select a solution that addresses the demands of modern digital commerce: A contemporary solution to meet the needs of customers and employees alike is needed “Invest in a unified platform that leverages cloud-first agility and security, enables business and IT collaboration and provides dynamic upgrades and consolidated reporting capabilities.”

Embrace an employee-centric solution strategy: Select a solution tailored to your industry’s needs but also easy to use and intuitive to enable staff to make timely, informed and effective decisions.