News > TIN200 on a mission for social good

TIN200 on a mission for social good 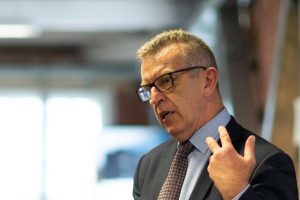 The founder and managing director of the Technology Investment Network, Greg Shanahan, has used its 20th anniversary to implore the industry to do more to diversify the nation’s economy through technology, innovation and increased R&D.

In announcing the 2019 ‘TIN200’ – the top 200 tech companies – have broken through a record $12 billion mark in total revenue, $8 billion of which was in export earnings, Shanahan (pictured) said the organisation is committing towards making tech companies an increasing force for good in New Zealand, utilising their talents and robust networks to help address economic disparity and bring about genuine societal change.

“In 20 years’ time, when we are looking back on another two decades of evolution of the New Zealand tech sector, I’m confident that we’ll be able to trace the threads back to the TIN Report of 2019 and see how the successes of today translated into the strong foundations of a tomorrow that brought benefit and prosperity to all,” said Shanahan.

“[Tech] has the potential to become our country’s leading source of offshore income.”

The 2019 results, launched at a gala awards event in Auckland last night, equates to double-digit growth and total growth of over a billion dollars for the second consecutive year, continuing a surging double-digit performance for the sector.

In other firsts, the report also shows that investment in R&D has surpassed $1 billion for the first time, and employment numbers in the tech export sector have exceeded 50,000 staff globally, with half employed locally.

“We’re delighted to present these record-breaking findings on the performance of the New Zealand tech companies that are exporting Kiwi innovation to the world,” said Shanahan. “Through an overwhelming number of key metrics, our tech export sector is sending a strong message that it has the potential to become our country’s leading source of offshore income. We’re very excited to see the potential that this long-term sustainable growth presents.”

With 52,000 employees globally, averaging an income of $82,000 each, the sector makes a compelling case for an increased focus and understanding from the broader economy when it comes to diversifying New Zealand away from its traditional reliance on the agricultural sector. At $8.7 billion, the TIN200 in aggregate is the third largest contributor to New Zealand’s exports, behind dairy and tourism. 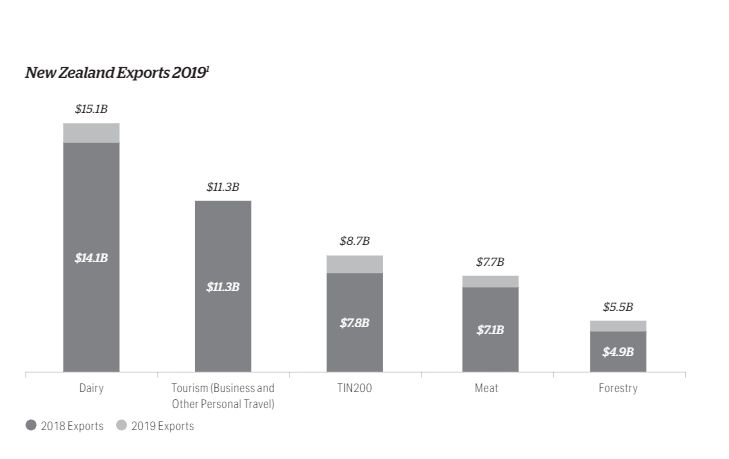 Shanahan also noted that future growth looks assured with the TIN ‘Next100’ list outpacing the TIN100 in terms of growth rate, a sign that the tech sector is developing a strong pipeline of emerging new companies in behind the established firms.

The TIN Report, now in its 15th year, monitors the performance of New Zealand’s top 200 (TIN100 and Next100) largest technology exporters in the areas of Information and Communication Technology (ICT), High-tech Manufacturing and Biotechnology, approaching almost 1,000 companies for its survey this year.

Perennial top performer Datacom Group retained its position as #1 on the TIN200 list, also achieving #1 on the growth rankings producing an estimated $188m in additional revenue.

90 Seconds was the recipient of the TIN Rocket Award for 2019 after achieving the biggest jump in TIN200 rank (climbing 29 places), after the company attracted additional growth capital and relocated its HQ to Singapore. An increase in offshore investment was highlighted with deals announced by seven companies that added to $326 million, alongside eight that were sold to offshore interests, releasing equity and attracting further investment.

Copies of the 2019 TIN Report, which is sponsored by New Zealand Trade and Enterprise (NZTE), Absolute IT, BNZ, EY, James & Wells, and NZX, can be ordered here. Launch events are also planned for Christchurch and Wellington next week.

The key highlights from this year’s report are: 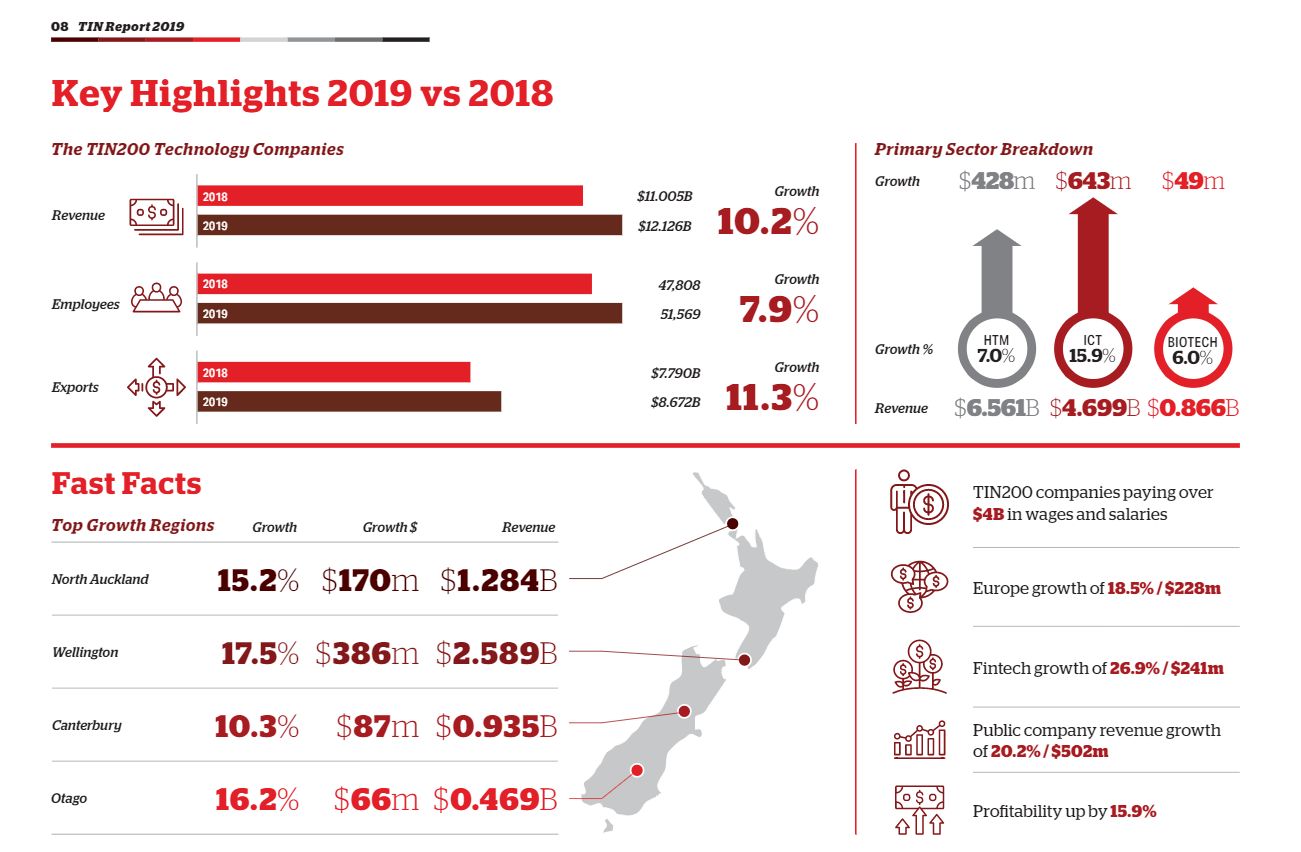 EY Ten Companies to Watch 2019: TIN100 companies with the largest revenue growth in 2019

*Calculated by TIN based on the new NZIRFS standard rolled back and applied to 2018 using the Datacom confirmed growth figure of 17.0 percent