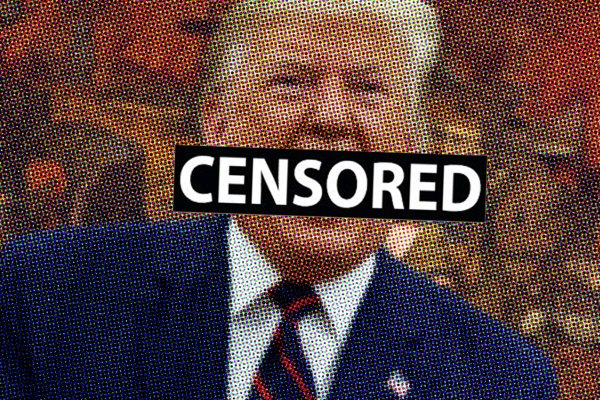 Twitter has finally dropped Trump, but the ugliness is likely only beginning…

After the violent invasion of the US Capitol earlier this month, the great enabling of Donald Trump by social media giant Twitter may have finally come to an end.

By any metric, Twitter and Donald Trump have had a long-running and mutually beneficial relationship. In 2017, Trump told Fox News hosts that without Twitter he may never have been elected at all. That’s likely true.

In return, Trump has provided Twitter with traffic, and lots of it. With almost 89 million followers on the platform, when Trump tweets (as he did 12,000 times in 2020), things happen.

Whether by design or accident, the model encourages human pathos, and then feeds off it.

Trump is good for business, but things had been strained between the tech giant and the now former US president since the election. Twitter had taken labeling Trump’s more disputed claims – mostly about the legitimacy of the election – as inaccurate, tagging around a third of the his tweets as such since November 9.

Then, following the January 6 storming of the United States Capitol, Twitter abruptly pulled the plug on Trump.

Such a move would have been easier to explain, were the evidence stronger. The tweets in question were hardly the president’s most egregious, and need significant contextualisation to even be considered inflammatory.

“The 75,000,000 great American Patriots who voted for me, AMERICA FIRST, and MAKE AMERICA GREAT AGAIN, will have a GIANT VOICE long into the future,” tweeted the President. “They will not be disrespected or treated unfairly in any way, shape or form!!!”

A few hours later, he tweeted again: “To all of those who have asked, I will not be going to the inauguration on January 20th.”

Hardly threatening to destroy North Korea, but this time, that was enough. Twitter made a public statement that the @realDonaldTrump Twitter account would be permanently suspended.

“After close review of recent tweets from the @realDonaldTrump account and the context around them – specifically how they are being received and interpreted on and off Twitter – we have permanently suspended the account due to the risk of further incitement of violence,” Twitter said in the statement.

According to Twitter, the tweets were in violation of its Glorification of Violence Policy which prohibits threatening violence against groups or individuals on the platform. According to that standard, it was decided that Trump’s account should be ‘immediately permanently suspended’.

“Our determination is that the two tweets above are likely to inspire others to replicate the violent acts that took place on January 6, 2021, and that there are multiple indicators that they are being received and understood as encouragement to do so.”

Twitter CEO Jack Dorsey himself commented on the situation, describing it as an ‘extraordinary and untenable circumstance’ which had forced the company to focus all of its actions on ‘public safety’.

While there’s something in the move to upset almost everyone – from university-professors to right-wingers to big tech-haters – Twitter is, of course, a private company and free to enforce its policies as it sees fit.

But Twitter’s ban of Trump – given the ambiguity of what was actually said – seems unsatisfactory, almost by design.

Is Twitter’s cancellation of Donald Trump the silencing of conservative voices by liberal Silicon Valley elites? Yeah, a little bit, but it’s probably more accurate to say that Twitter is simply cutting ties with the monster it knows it had a part in creating – before the full ugly extent of that fact becomes commonly understood.

Sure, Twitter has always championed ‘free speech’, but that’s not to satisfy free speech ideologues at head office, it’s to satisfy its shareholders.

“For them, it’s risky to censor a head of state when they know that content is profitable. Doing it anyway involves a complex risk calculus – with priorities being the shareholders, the companies’ market value and their reputation.”

Nations around the world are beginning to look seriously at limiting the influence of the big tech platforms. In the US, the Federal Trade Commission is ordering the social giants to provide data on their advertising and user engagement practices. In December the EU released new draft laws that seek to halt the spread of illegal content, including hate speech, on big tech platforms, with fines of up to 10 percent of annual turnover and the threat of being forced to sell off parts of the business.

Downunder, the ACCC has called for sweeping reforms across the Australian media landscape, with the imposition of strict guidelines for how Facebook and Google will negotiate with news providers in Australia.

Yes, with Trump gone from Twitter, there will be a little less bull around the internet (it now goes in the Presidential Archive). But the potential for the manipulation, use, and abuse of these platforms by powerful entities still needs to be reckoned with. So too does the enormous power that companies like Twitter place in the hands of barely-accountable individuals.

Could self-regulation work? How could it, when the aim of the regulation threatens the core of the business model? Whether by design or accident, the model encourages human pathos, and then feeds off it.

And that’s the dilemma that we face, in a nutshell: Social media, as it stands, poses a significant threat to the public good.